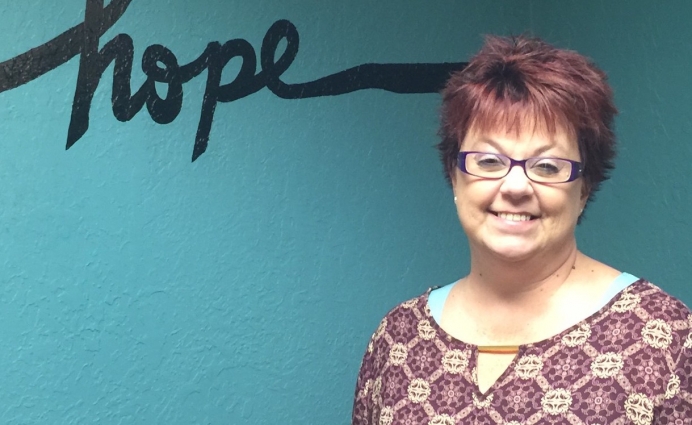 Pregnant at 17, Kathy Gibson could see no way around the only decision she felt she could make.

As a pastor’s daughter in small town Oklahoma, she was ashamed of herself for giving in and doing what she knew was wrong. She couldn’t change the mistakes she had made, but she was desperate for a way out of the situation she found herself facing.

In a culture of secrecy that can, unfortunately, tend to thrive in the Bible Belt, even the nurse at her pregnancy test appointment reminded Gibson of her dire straits.

“The one thing that the nurse told me was, ‘Your dad could be fired if people find out you’re pregnant,’” Gibson said. “I think, still in this generation, the way the church looks at them—or for parents, the way the community will look at them if their daughter gets pregnant—there is still a huge push to abortion.

“If she has an abortion, the church never finds out, and you don’t have to worry about your standing in the community. That’s still huge in our area.”

While the pressure for Gibson to abort was palpable, what wasn’t as clear at the time was any life-affirming alternative where she could turn. Several years after her abortion, however, a group of pastors in the Weatherford, Okla., area collaborated to start First Choice Pregnancy Center.

Thirty-five years later, Gibson finds herself at the helm of First Choice, personally seeing to it that no woman in her hometown ever feels as she did—so alone and ashamed that she feels abortion is her only choice in an unexpected pregnancy.

Equipped with free limited ultrasonography to confirm pregnancies, First Choice has also added free STI testing under its growing suite of services for women and families that serves a population of 11,000—plus around 5,000 undergraduates at Southwestern Oklahoma State University.

Since adding STI testing three years ago and relocating to just across the street from campus, Gibson and First Choice have seen their client numbers nearly triple.

Tweet This: #Oklahoma #prolife #pregnancyhelp center clients have gone up 3X in past 3 years

“In pregnancy center ministries, we’re often on the defensive,” Gibson, who has spent nearly 20 years in pregnancy help, said. “STI testing, to me, is being on the offensive. We are reaching a client before she’s got the ‘problem’. Let’s go in, get her firm in a life change, walk her through that, and mentor her into a better lifestyle.”

While Gibson has watched her client visits skyrocket as she and her board have re-envisioned and adjusted their ministry’s approach—which has encompassed even the details of the look and feel of their waiting room—she and her staff are also seeing a growth in the scope of clients they’re reaching.

Keying in on college students through an ideal location and the addition of STI services, Gibson told the story of one student—a young man who identifies as both gay and an atheist—her center definitely would not have reached prior to the changes over the past three years.

Today, however, he’s part of a mentoring process and Bible study, as he explores both the claims of Christianity and the vision for sexual integrity First Choice holds out for its clients.

With competitive nursing and pharmacy programs included in Southwestern Oklahoma State’s academic catalog, the more typical client, Gibson points out, is a young woman who is struggling through the stressors of coursework and may be faced with the same predicament she was at age 17.

“When I came here, I told our staff, ‘Do not ever let me pull away from being with our clients,’ because that’s my passion,” Gibson said. “It’s about that young, 16 year old who thinks her life is over, and how God wants me to speak to her. We can’t ever lose sight of that.”

Though she had moved to Shreveport, La., in her early ’20s, Gibson was involved in First Choice’s initial founding in 1998. In those early days, the pregnancy center started out sharing a facility with a free Christian-run medical clinic, an arrangement that lasted until the center could afford to rent its own space.

As the center has grown and developed its reach in the community, Gibson has continued to develop as a leader. In December 2015, she and First Choice’s executive assistant spent a week at Heartbeat International’s Pregnancy Help Institute, joining 62 leaders from 26 states, plus Washington, D.C. and the Bahamas who gathered for the intensive training.

Following up the experience at Pregnancy Help Institute, which was hosted on the campus of Heartbeat International in Columbus, Ohio, Gibson and her board decided to join as affiliates of the pregnancy help network.

As it turned out, that made First Choice the 2,000th affiliate location for Heartbeat International, which was formed by a group of existing pregnancy help organizations in 1971.

“In 20 years in this work, I have never experienced anything like it,” Gibson said of the Institute. “From there, joining Heartbeat International was a no-brainer. I feel like Heartbeat is in touch with who we are and where we are, and we love the personal touch that Heartbeat offers."