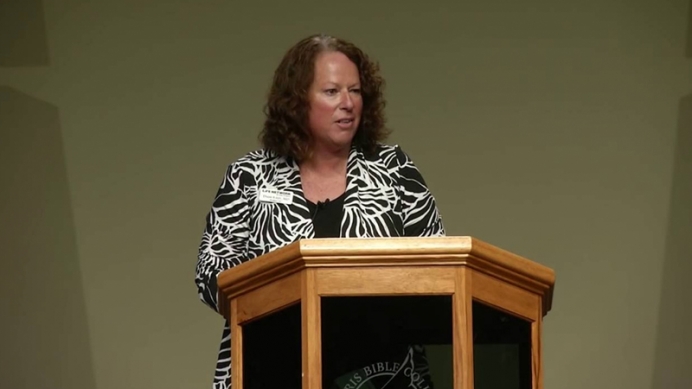 Dr. Diane Foley is a pro-life OBGYN who once ran Life Network, a pro-life pregnancy resource organization in Colorado. Last week, she was named as the U.S. Department of Health and Human Services deputy assistant secretary for population affairs.

True to his word, President Donald Trump has appointed yet another defender of unborn babies to his administration.

Dr. Diane Foley is a pro-life OBGYN who once ran Life Network, a pro-life pregnancy resource organization in Colorado. On Tuesday, she was installed as the U.S. Department of Health and Human Services deputy assistant secretary for population affairs.

One of Foley’s primary jobs will be overseeing Title X Family Planning funds, of which the Planned Parenthood abortion chain receives about $60 million a year. A newly proposed Trump administration policy would defund the abortion giant of those tax dollars.

Title X is just one of the sources from which Planned Parenthood receives taxpayer funding, but Foley could play an instrumental role in introducing pro-life policies into the department.

On Tuesday, HHS praised Foley for having “a long and distinguished career working in the healthcare and the public health arenas.”

In addition to her pro-life work, she also served as the director of medical ministries for Global Partners of the Wesleyan Church, according to Tonic, a left-wing blog.

The radical pro-abortion group NARAL claimed Foley ran a “fake health clinic,” and Trump is using her to “harm women and limit our access to vital healthcare,” The Hill reports.

“A person with a record of running religiously-motivated centers that take advantage of young women with unwanted pregnancies, often feeding them false information, will bring this bias to the program that funds reproductive health care centers that treat the medically underserved nationwide,” DeGette said in a statement to The Hill. “This is an outrage, and yet another sign of the Trump Administration’s contempt for the reproductive rights of women – especially the underprivileged.”

She replaces pro-life advocate Theresa Manning, who previously served in the role.

Editor's Note: This story originally appeared at LifeNews.com and was reprinted with permission.

Micaiah Bilger is a staff writer for LifeNews.com.