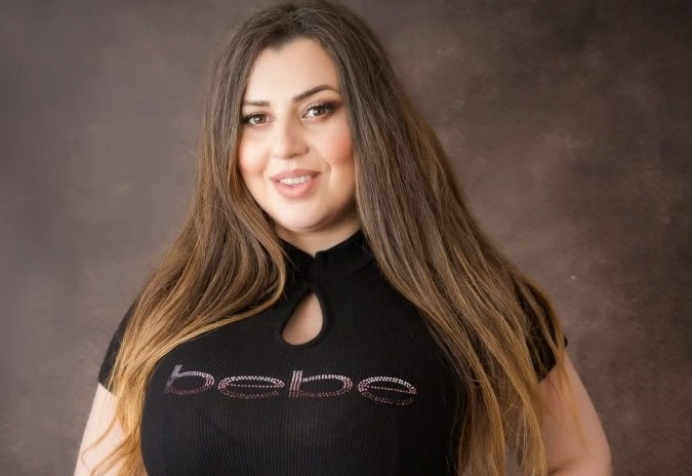 The Association for the Support of Pregnant Women and the Family

Pregnant mom in Romania thought no one cared about her struggle, until she called a pregnancy help organization and found support

Editor’s note: The following is a translated and edited version of a client interview released in an email to supporters by the Association for the Support of Pregnant Women and the Family and “Saint Alexandra the Empress” Counseling Center for Parents and Children in Bucharest, Romania. The group said there are thousands of women in Romania in their client's situation. Her testimony illustrates the crucial need for pregnancy help, the need to support pregnancy help organizations, and the courage of women who reach out for help.

When she found out she was two months pregnant, Victoria was in an abusive relationship. Her soul was quickly filled with fear and uncertainty. One day she searched Google for information about the conditions a woman goes through during pregnancy and discovered the website of the "Saint Alexandra Empress" Center.

Although she was convinced that no one cared about her problems, she called and asked for help. For a year she received the support she needed. She managed to get out of the abusive relationship and gave birth to a baby boy who brings her joy every day. We invite you to discover her story in an interview.

How was the moment you found out you were pregnant?

I found out when I was already two months pregnant. Having an irregular menstrual cycle, I didn't have this problem, especially since I had been trying to get pregnant for a long time, which didn't happen and made me think I wouldn't be able to have children.

I was in an abusive relationship when I found out about the pregnancy, for this reason I could not be 100% happy. I was worried and panicked because I didn't know how I would handle it and how things would turn out.

A month after hearing the news, I saw that there is talk everywhere about postpartum depression, but nothing more about the conditions a woman faces during pregnancy. I searched Google for a few keywords about anxiety during pregnancy and that's how I came to find the "Saint Alexandra Empress" Center.

I decided to call. On the other side of the phone, a very nice lady answered me, who explained to me what the Center does and what services are offered. We managed to see each other physically several times, after which the pandemic stopped everything, and the staff meetings continued online. The interaction with the specialists of the Center was a real help, I felt supported, although until then I thought that no one was interested in my problem.

Unfortunately, in our country it is not so well known that there are centers where pregnant women can receive material support, when appropriate or only emotionally and psychologically.

I feel lucky to have met you and to have been involved for one year in changing my life for the better. It is a wonderful thing that I am still enrolled at the Center, even though I have now managed to overcome some of the problems. The hardship has not passed at all, but I am on the right track and it is largely due to the team of the "Saint Alexandra Empress" Counseling Center.

How did your partner react when he found out you were pregnant?

Initially he was happy, after that he started to worry about the material situation, he argued that he does not know how we will manage. His behavior was extreme, he insulted me, after he apologized, he mentally assaulted me, which is hard to bear, especially for a pregnant woman, when she is in a delicate and much more sensitive state. His whole behavior made my emotional state during pregnancy difficult.

How did those around you react? Who was close to you? What did relatives, friends, colleagues say?

They were all happy because they knew how much I wanted a child, they saw that God listened to my prayers, but they were also worried about the tense and sad state I was in, but the fact that I had psychological support from the Center, made them calmer about it.

How did you feel when you faced the pressures of your partner? What was in your soul when you saw that he did not support you?

Pregnancy must be the most beautiful period of a woman's life, but it made my situation very difficult. I felt lonely, misunderstood, confused, tense, for these reasons I worried throughout the pregnancy that the baby would not suffer anything.

How was the moment when you gave birth and held your baby for the first time?

I gave birth by cesarean section, and the whole procedure went very well, but after I left the operating room, the harder part started. I managed to hold my baby in my arms three days after the birth, due to a suspicion of infection with Covid-19 of another mother from that maternity hospital.

I experienced a very strong emotion of joy, which I cannot describe in words. I was overwhelmed.

After I got home, I received support from my mother and a friend, who is also a mother.

What message do you have for women who are pregnant and in an abusive relationship?

I do not advise anyone to remain in an abusive relationship: physical, verbal, mental violence. I was in a toxic relationship. My partner mentally abused me […] which, over time, lowers the victim's self-esteem and distorts his reality.

Women who motivate themselves to remain in such a relationship just to not be alone, must think that in fact they are still alone, but there is another person next to them, who behaves like a stranger and hurts them.

There are women waiting for their partners to change. This is a false thing; the aggressor does not change without accepting professional help.

I recommend that they ask for help, as I did, to talk about what is happening to them and not to worry about what people will say. Abuse is about the aggressor, not about the victim, no one has the right to behave in an abusive way, regardless of the reason. And if a woman meets an abusive person in her life (colleague, neighbor, etc.), it is good to break any kind of communication with her.

What message do you have for women who need help but do not have the courage to seek it?

There is nothing shameful about asking for help in a pregnancy crisis and no woman should feel vulnerable if she uses the services of a pregnancy crisis center. I see this as an opportunity and a real help. A year ago, I didn't even know that there are such centers in Romania. It was a joy for me to learn that I could be helped.

Tweet This: There is no shame in asking for help in a pregnancy crisis & no woman should feel vulnerable if she uses the services of a pregnancy center

There are many women who go through a crisis situation, in this case we are talking about the pregnancy crisis. It is reassuring to know that not only do you have a problem, but that the phenomenon is widespread internationally, but that there are people willing to help overcome this period, even if they are not part of the family or circle of friends.

I believe that women who are aware that they are in a difficult situation and ask for help are very brave.

For more information on “Saint Alexandra the Empress” Counseling Center for Parents and Children click HERE.