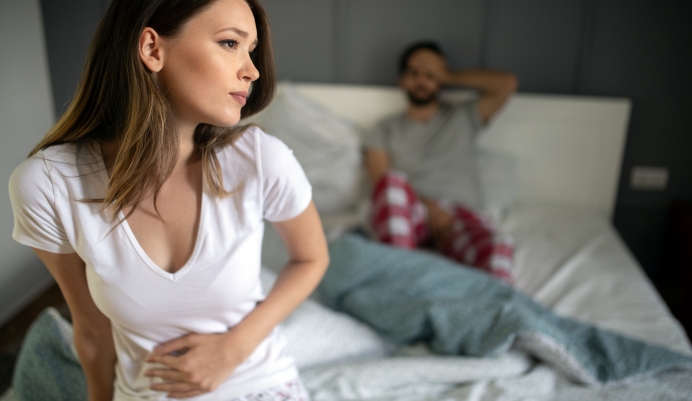 Pregnant at 19, She Wanted Her Baby, but an Abortion Was Scheduled Without Her Consent

(Live Action) - Pro-life group Choice42 (“Choice for Two”) is known for creating satire videos that expose the truth about abortion. Featured in those videos is Laura Klassen, Director of the organization and dedicated pro-life activist. She recently received a message from a woman who two years ago faced an unplanned pregnancy and was nearly pushed into an abortion she didn’t want like so many young women have been.

“I felt compelled to share my story, and why I’m so passionate about the pro-life movement,” “K” wrote to Klassen. “I was 19 years old when I found out I was pregnant. Of course I was afraid. I wasn’t married, I was planning on starting college that fall, I was a cashier so money was almost always an issue. I had many people pressuring me to abort, and was called selfish by a family member when I told her I wouldn’t. I also had someone go as far as schedule an [abortion] appointment for me, without my knowledge, and got a call from her telling me the time & location.”

K says that at this point, she seriously began to think abortion might be her only option, despite the fact that she didn’t want one. This thought process is common among girls and women who face unplanned pregnancies and receive little to no support from those around them. In fact, a 2018 study revealed that an astounding 73.8 percent of post-abortive women said they felt at least subtle pressure to abort. They believe that abortion is their only choice and go through with abortions they don’t want which leads them vulnerable to increased risks of depression, drug use, and suicidal thoughts.

“I started heavily considering it,” explained K, “then I actually thought of it happening. Me sitting in that chair. I couldn’t do it. I got sick just thinking about the procedure.”

She chose life and began to plan for life with her baby. Then at 26 weeks and two days, she awoke in the night with severe cramps and found she was bleeding. She looked down to see her amniotic sac was visible. At the hospital, she was put on bed rest and doctors did all they could to stop labor, but they couldn’t. K’s baby girl was born just shy of 27 weeks gestation weighing one pound and 15 ounces. She spent about three months in the hospital.

“Even tho I’ve always been pro-life, seeing my daughter, who was supposed to still be growing in my womb, made me realize the reality of abortion; and I’m so proud to say she’s my reason for my activism,” said K. “She is now 2.5 years old, extremely healthy, and I’m in love with every minute I spend with her.”

When women are made to believe that abortion is their only choice, it means they have no choice at all. That isn’t empowerment.

Editor's Note: This article originally published in Live Action News and is reprinted with permission.