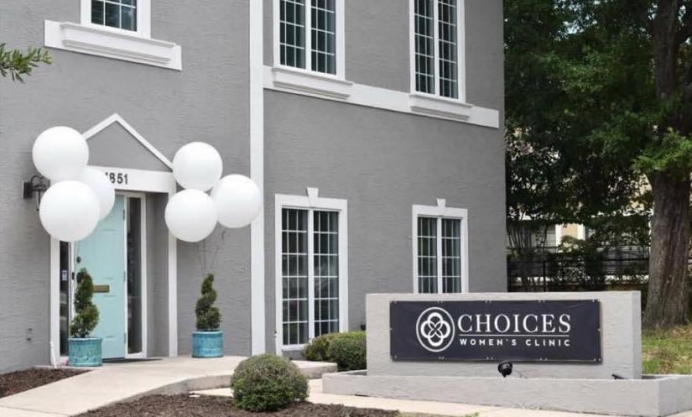 Pregnancy Center Swinging Back at Big Abortion in Orlando

Without vision, the people perish. With vision, Choices Women's Clinic is taking giant steps toward their goal: saving 11,000 babies every year in Orlando, Fla.

Vicky Botsford, their executive director since January 2015, knows the pain of abortion firsthand.

"It was a really horrific experience for me," she said. "It was the most painful experience of my life."

After Botsford became a Christian, she was invited to a pregnancy center training. There, her heart was forever captured for the cause. She directed a center in West Palm Beach for six years, then traveled nationwide as a consultant for the next 19 years.

After she moved to Orlando, Choices Women's Clinic—one of her clients when she was a consultant—asked her to become their director.

At first, she laughed. "I really couldn't imagine being the director of a pregnancy center again."

But after a praying about the decision, she finally agreed to serve as the interim director, as she sensed God ask her a lingering question: “Do you think there's a reason I gave you 29 years of experience?”

She soon learned four of the six abortion clinics in the area abort babies up to 22 and even 24 weeks.

"I saw these women walking into the late-term clinic, and it changed my life," Botsford said.

Within a few months, she had signed on for the long haul. She couldn't ignore 11,000 children being aborted every year in her new home city.

But why is Orlando such a hot bed for abortion? Florida ranks third in the country for abortions, and Orlando is second only to Miami for abortions in the state.

"You can get a cheap flight here,” Botsford said. “It’s the land of theme parks; it's the happiest place in the world."

Plus, Botsford explained, the abortion business advertises to nearby, more conservative, southern states. Women from Alabama, Mississippi, and the Carolinas drive to Orlando for late-term abortions.

Tweet This: Orlando #prolife clinic aims to save 11k babies from #abortion each year. @ChristyBrunke

Add to that, Florida ranks third in the nation for sex-trafficking, which appallingly increases market demand for abortions. When Botsford came on as the director, she began with prayer and casting a vision to the community.

"You have to have vision," Botsford said. "And you have to be surrounded by people who have vision as well. Without that, you really can't move forward."

So, with the problem in front of her, Botsford began to pitch a vision to churches and individual Christians throughout Orlando.

Life in the Heart of the Abortion Industry

After six to eight months, they had raised $150,000 and tried to buy a building one block from an abortion clinic. But they encountered one problem after another. Eventually, someone else purchased the property.

Five months later, they discovered the building they were unable to buy was sitting on a sinkhole.

Boasting 6,000 square feet of space, the building sits on a prime location in the middle of Orlando. Downtown lies on their side of the street and an impoverished community on the other. In other words, the center's potential clients live right next door.

But the best part about its location? It's just a mile or two from three late-term abortion clinics, including a Planned Parenthood.

Attorneys who owned the property were able to take a tax write-off and sell the building to Choices Women’s Clinic for $150,000 less than it was worth. Then, a foundation gave them a $600,000 loan, so they wouldn't have to go through bank financing. Later, an individual donor gave $75,000.

The center used an additional $150,000 raised for the project to turn the first floor into a state-of-the-art medical clinic, while they use the second floor for peer counseling and education. Now they own real estate worth $1.1 million dollars, but owe just $525,000.

A Vision Progressing toward Fruition

Because they offer women free ultrasounds and pregnancy tests in a safe, clean environment, women see for themselves the difference between Choices and the surrounding abortion businesses, who only stand to profit from them financially.

Telling donors, supporters and other community members what God has done through Choices has been a key to solidifying ongoing support and building momentum, Botsford said. "Sharing the story of what we're doing and why we're doing it . . . that’s what's compelling to the Christian community. We want to see them as appalled as we are that this is going on in our city.

“It's definitely the hardest thing I've ever done,” Botsford said. “But this is what the Lord asked me to do. I just could not turn my back."