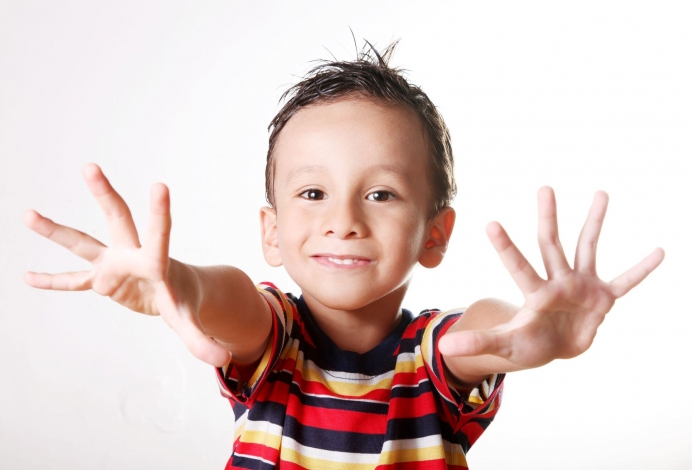 10 Numbers You Should Know About Pregnancy Centers

With the U.S. Supreme Court set to hear a challenge to a 2015 state law that forces 200 privately funded pregnancy centers to advertise California’s taxpayer-funded abortions, many who were previously unfamiliar with these pro-life nonprofits are becoming aware of them for the first time.

To be sure, plenty is riding on the case, National Institute for Family and Life Advocates (NIFLA) v. Becerra, which the Court agreed to hear on grounds that the law in question—the so-called “Reproductive FACT Act”—violates pregnancy centers’ free speech rights as guaranteed by the First Amendment of the U.S. Constitution.

As the case has gained national attention, so have pregnancy help centers—long considered the best-kept secret in the pro-life movement.

While it’s true that locally run pregnancy help centers (including medical clinics and mobile ultrasound units) significantly outnumber abortion businesses, it’s an exaggeration to claim—as Slate.com and The Huffington Post most recently have— that the nonprofits outnumber abortion clinics at a 3-to-1 margin.

According to Heartbeat’s Worldwide Directory of Pregnancy Help, there are 2,752 pregnancy help locations throughout the U.S., while the Guttmacher Institute—originally founded as Planned Parenthood’s research arm—reports 1,793 abortion clinics in the U.S.

Comparisons such as 3-to-1 and even 2-to-1 (a claim debunked by Politifact in 2016) rely on a misleading comparison between pregnancy centers and stand-alone abortion businesses—which excludes hospitals and clinics that perform genuine medical services in addition to abortion.

Out of the nation’s nearly 1,800 abortion facilities, 704 are stand-alone abortion businesses, according to a recent report from Operation Rescue. That number includes 490 businesses that offer both surgical and chemical abortions, but no genuine medical services.

Offering each woman and her family the chance to meet their newest member in utero, six out of every 10 pregnancy centers in the U.S.—1,661 total—serve women with free limited obstetric ultrasounds.

While it’s impossible to definitively pinpoint the effectiveness of an ultrasound (given the complexity and uniqueness of each woman’s journey through an unexpected pregnancy), mothers like Kelsey say they decided against abortion the moment they met their child through an ultrasound at a pregnancy center.

“It was an indescribable moment for me,” Kelsey said. “I believe it was the moment I unconsciously decided I could never get an abortion.”

Up 10 percent from a 2011 study by the Family Research Council, pregnancy centers in the U.S. combined to deliver 248,832 ultrasounds in 2016—a number that is continuing to rise as more centers add ultrasound services.

Performed to confirm a viable pregnancy, every ultrasound at a pregnancy help medical clinic is free to clients, with donors covering nearly all costs involved.

Meanwhile, Planned Parenthood—which receives over $550 million per year in taxpayer funding—charges its clients $150 for an intake visit that comprises an ultrasound, lab work and “options counseling” prior to an abortion.

A consistent opponent of state and local laws that require women seeking an abortion to first meet their child via ultrasound at a pregnancy center, Planned Parenthood lost $25 million to pregnancy centers in ultrasound fees alone in 2016.

Beyond interacting with women during an unexpected pregnancy, community- funded pregnancy centers serve on the front lines of a nationwide battle against a growing STD epidemic.

With the Centers for Disease Control (CDC) reporting the highest-ever number of cases of chlamydia, gonorrhea and syphilis in September of 2017, an increasing number of pregnancy help centers are adding STD testing and treatment to help curb the crisis.

At the latest count, 577 pregnancy centers are offering free STD testing, including 400 of which offering on-site STD treatment. Those numbers are rising every year. In 2011, the Family Research Council found just 260 centers that offered STD testing, while Heartbeat’s 2015 Life Trends Report showed a similarly steady year-over-year increase in its affiliation base.

Pregnancy help medical clinics offering STD testing and/or treatment do so at either no cost (or, in select cases, at a very small cost) to clients, compared to Planned Parenthood’s Medicaid-supplemented price range of $130 to $180.

Joining the brick-and-mortar pregnancy help center locations throughout the U.S., 100 mobile ultrasound units have hit the road as centers seek to expand their reach into rural areas, as well as near college campuses and abortion businesses.

Like pregnancy centers, mobile ultrasound units come in a variety of shapes and sizes. Most pregnancy centers opt to go mobile through national organizations Save the Storks and ICU Mobile, which have put a combined 70 units on the road to date.

Along with extending pregnancy centers’ everyday reach, a mobile ultrasound unit also gives pro-life caregivers an unmatched ability to serve the community in response to a natural disaster. When Hurricane Harvey leveled much of Houston in late August, Houston Pregnancy Center used its mobile unit to deliver badly needed material aid, including diapers, wipes, and baby formula to area shelters.

Tweet This: 10 numbers you should know about #prolife pregnancy centers. @HeartbeatIntl @InspireLifeNow @NIFLA

A year earlier, after flooding in Baton Rouge, La., destroyed a pregnancy center, a center in Minnesota sent its mobile ultrasound unit as a permanent gift to help its sister organization get back up and running.

The helpline (800-712-HELP) has answered over 2.9 million calls since it was established in 2003. With a network of over 2,000 linked pregnancy centers in the U.S. and Canada, Option Line serves as a direct connection between women seeking help and local pregnancy centers.

A movement that relies primarily on the generosity and partnership of compassionate men and women dedicated to offering women an alternative to abortion, the pregnancy help community enlists 81,630 volunteers on an annual basis.

That figure, up 15 percent since 2011, includes former pregnancy center clients like Lauren Urrea, a physician assistant who now spends her lunch breaks scanning ultrasounds at a nearby pregnancy center.

A senior in college when she found out she was pregnant, Urrea felt pulled toward abortion before she visited a pregnancy center near campus. At the center, Urrea received a free ultrasound, and she and her then-boyfriend (now husband) found the help they needed to choose life for their daughter.

“With each ultrasound I perform, I am reminded of God’s unconditional love, grace and faithfulness in my own life,” Lauren said. “I’ve been able to relate to other girls, to uplift them and encourage them that I got through it and it made me a better person and it made my life better.”

With women like Lauren finding life-changing help every day, the volunteer base for pregnancy centers is one of the more vibrant in a nation that has seen a decline in volunteering over the last decade-plus.

Unlike many fields that are suffering from a volunteer decrease, the pregnancy help community saw its volunteer hours climb from 5.7 million in 2011 to 6.5 million in 2016.

Again, that volunteer base is fueled as much by women who once faced unexpected pregnancies as by any other group.

“When the girls come into the center, I can identify with them immediately,” said Laurie Gaines, who became a mother at 15 and now volunteers at a Northern California pregnancy center. “Then they can see me now at this stage, and that gives them a lot of hope. I'm definitely not a broken human being just because I was a teen mom.”

Even factoring in the state-level TANF dollars and external contributions through Choose Life, at least 90 percent of funding for local pro-life pregnancy centers comes via donations from local communities.

Aggregating just two years (2014-2015) of exit interview satisfaction surveys from more than 200 pregnancy help centers across the country, a very clear picture emerges. Nearly 91 of every 100 clients report the highest level of satisfaction with the services they received.

In addition to those reporting the highest satisfaction, the group reporting “very high” for their level of satisfaction at a pregnancy center shows that nearly 99 out of every 100 clients reports a positive experience at the pregnancy help center or medical clinic.