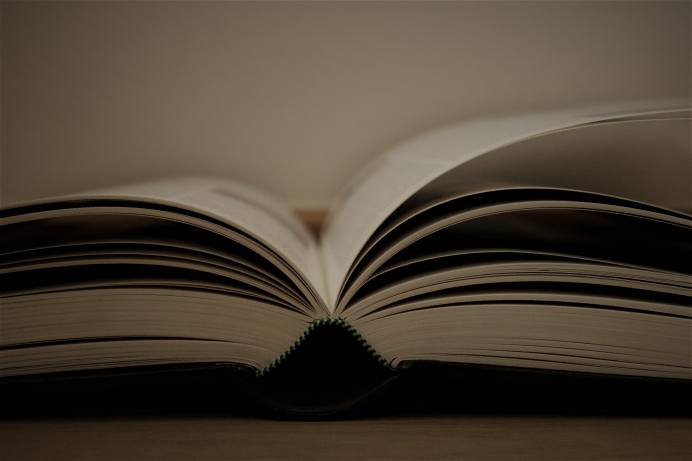 Of covers and judging books

It was sunny and hot, June 17, 1985. I remember well, because it was the first official day of my (quite brief) professional golf career. It was the day I learned a valuable lesson we’ve all heard before: Don’t judge a book by its cover.

Up to that point in my life, I tried to live by that rule. But, when you learn this tried and true wisdom up close, you remember.

On this day I was just outside Atlanta, preparing to tee off in a qualifying round for what was then the Atlanta Classic, a staple event on the PGA Tour. It was Monday, the day when wannabes like me took a chance at playing our way into Thursday’s starting field.

The Monday qualifying process was simple; 109 fledgling professionals like me paid $100 for the opportunity to play one round of golf at a course a few miles from where the Atlanta Classic would begin later in the week. The four players with the top scores earned the right to play in the big show, where they would compete with 150 of the best players in the world for a top prize of $90,000. Not bad for professional sports in 1985.

As for the other 105 players - nothing. Not even a ticket to the event. If ever there was a “go big or go home” event, a Monday qualifier fit the bill.

To set the stage, there were no fans on Monday, except perhaps a few friends of some of the 109 hopefuls. Players would tee off in groups of four, with dreams of greatness and plenty of nervousness. On the nervousness thing, I’m only speaking for a friend, of course. I had nerves of steel.

I checked the names of the co-competitors I’d be playing with on Monday, and one name I immediately recognized.

He had already played several PGA Tour events, came from a golfing family (his grandfather was a famous golfer) and when I saw him approach, it was easy to tell, “This guy can play.” He had the right clothes, he was one of the few players who brought along his own caddie, and totally looked the part of success.

Because it was my first attempt at anything like this, I was totally intimidated. Shaking his hand, I could feel him sizing me up. Suddenly, I felt totally out of my league.

Thankfully however, not everyone in my group looked like a star.

One guy, in fact, looked more like a caddy than a player. He strolled up to the tee box in Ocean Pacific corduroy shorts and an Ohio State tee shirt. Hardly golf attire. In fact, his clothing would have gotten him disqualified if he played in the actual tournament—PGA Tour standards, you know. On Monday, his sloppy appearance would be overlooked. But if he had any luck on this day, he would need to go shopping by Thursday’s opening round of the real event.

Taking one look at him, I smiled and shook his hand. His name was Danny—I had never heard of him. On the outside, I was kind. But on the inside? I didn’t give him a second thought. Anyone wearing a tee shirt and shorts to a professional event was hardly my competition. I knew that much. Or did I?

My thoughts shifted however, when he launched his opening drive off the first tee.

With a smooth, effortless swing, Danny’s club found its mark and it sounded like a shotgun blast. His ball streaked into the air with a laser-like trajectory, hitting its apex more than 275 yards away, then landing in the middle of the fairway before leaping forward another 25 yards.

Danny—the no-name wearing shorts and a tee shirt--had ripped a 300-yard drive, placing his ball in perfect position for his next shot.

Danny would not hit many shots that day. At least, not as many as anyone else vying for those four spots. When his last putt dropped on the 18th hole, Danny had the lowest score of anyone, easily claiming the top spot among the Monday qualifiers.

Me? I was never really close to making the top four that day. Too nervous at the beginning, mistakes piled up quickly, keeping me from being competitive.

One looked the part—One, however, didn’t look the part at all

Funny thing though, my score was lower than the guy who seemed so intimidating because of his lineage and reputation. He would go on to win twice on the PGA Tour and three more times on the Senior PGA (Champions) Tour, but on that day, my mediocrity was better than his.

Looking back on our group who teed off that June Monday in Atlanta, there is one I’ve forgotten and two I’ve remembered well.

One looked the part—and later he would play that role well as a successful PGA Tour player.

One, however, didn’t look the part at all.

Danny’s “book cover” was casual, seemingly unprofessional. Yet Danny—who didn’t appear to belong—was the best on that day.

Years later he would play regularly on the PGA Tour (wearing appropriate attire, no doubt), but in June 1985 he taught me a valuable lesson about how I see people.

In the pregnancy help community, we face the same temptation I did that scorching June day in Atlanta.

We try not to judge, but it’s so easy to do. We might look at the young woman in our office and see only her book cover. If we’re not careful we can pronounce judgment and miss hearing her story about where she’s come from.

If we do, we might miss where she is going, too.

Tweet This: We try not to judge, but it’s so easy to do. If we’re not careful we can pronounce judgment and miss hearing her story.

When I was an executive director, I’m afraid there were times when I would see someone in the office and just by looking at her, would inwardly surmise she was probably beyond help. I pray those moments were rare, but I can’t deny they probably happened.

Talking to Danny as we played that day, he mentioned his attire—even though I didn’t ask.

Turns out he had just come from another professional event which wrapped up the day before. He had traveled from Chattanooga to Atlanta overnight. With no time to wash clothes, he put on what he had left, deciding to give this event a shot instead of spending the day in a laundromat. No doubt, he made the right call.

If I had waited for Danny’s story instead of sizing him up by his wardrobe on the first hole . . .

It’s tempting to make snap judgments on those who come in our door. When we begin to do this, let’s not beat ourselves up. It’s a natural human condition. If this were not so common, no one would have to tell us, “Don’t judge a book by its cover.”

When these moments come however, we can use the temptation as a positive, gentle reminder, “Wait for the story.”

I’ve followed Danny’s career over the years. His is a great story of golfing achievement that he’s turned into a career as a successful college golf coach. Thankfully, no one asked for my opinion of him on that June day in Atlanta.

Many of those who come in our door are silently begging us, “Wait for my story.”

If we do, we might find we are another step in her unfolding biography of hope, overcoming, victory and ultimate success.

Because while the cover may be tattered, the inside pages are yet to be written.