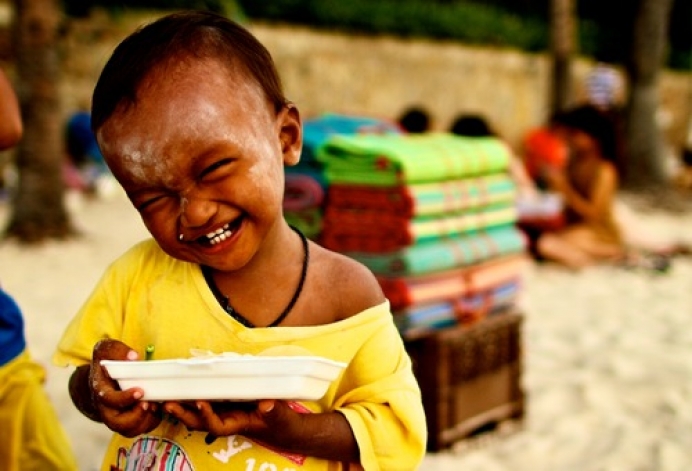 Obama Administration: "Provide Abortions or Get Out"

The federal government appears to care more about advancing its abortion agenda than it cares for the lives of sexually abused children.

The Obama administration issued a rule in recent months that requires relief organizations that provide certain kinds of services to refugee children, or “unaccompanied minors in government custody” (“UCs”), to provide access to “pregnancy related services” if the children have been sexually assaulted. The U.S. Department of Health and Human Services has confirmed that such services include abortion.

HHS states that its rationale for the rule is that “[s]exual violence and abuse are an assault on human dignity and have devastating lifelong mental and physical effects on an individual,” and that the agency “seeks to ensure the safety and security of all UCs in its care.” But then there’s this: the rule forces the majority of organizations – that is, faith-based organizations – that provide social services to these children to provide abortions to them.

Tweet This: "The rule is not only wrong, it's likely illegal." @elissastarkey @AllianceDefends

According to several Evangelical and Catholic groups, six out of nine national refugee resettlement agencies are faith-based organizations. These organizations resettle a majority of refugees, which includes children, entering the United States every year.  These organizations also largely hold pro-life beliefs.

The rule contains no exception for faith-based organizations in its text but provides three “accommodations” when the organization is not the actual provider of the services. None of these purported “solutions” properly considers that many faith-based organizations object to providing or facilitating access to abortion. The government cannot run roughshod over their freedom of conscience. The rule is not only wrong, it is also quite likely illegal and unconstitutional.

Each option requires the organization, in some way, to provide access to abortion services. An objecting organization may serve as a sub-grantee as long as another sub-grantee provides abortions, it may partner with an organization that provides them, or it may refer the refugee child to the government to obtain an abortion. This, for most – if not all – pro-life relief organizations, is quite obviously unacceptable, but if they refuse to comply with the rule, they will lose federal aid.

Tweet This: "The administration has spoken: provide abortions or get out." @elissastarkey @AllianceDefends

The administration has spoken: provide abortions or get out. The U.S. government is effectively crippling a majority of service providers that care for refugee children in their most dire moments following sexual assault. The administration claims that sexual violence is an “assault on human dignity,” but then it takes away vital services from children who have suffered such violence. Nothing about this is dignified. The rule puts a political agenda above the health and safety of abused children.

Unsurprisingly, groups such as the ACLU and Planned Parenthood advocate whole-heartedly for requiring organizations to provide access to abortion for vulnerable children. They condemn the inclusion of any religious exception because doing so would allegedly cause harm to the refugee children in government custody. But the opposite is true.

Faith-based relief organizations provide a valuable service to the thousands of refugee children entering the United States each year, providing them with shelter, food, medical care, counseling, and countless other services. The government’s unjust rule leaves faith-based organizations opposed to abortion with an unthinkable choice that does no one any good: violate your faith and provide access to abortions, or forgo vital funding critical for serving needy children.

If the federal government truly cared about the well-being of those children, it would not force these organizations to make such a choice.

Elissa Graves serves as Litigation Counsel at Alliance Defending Freedom, an alliance-building legal ministry that advocates for the right of people to freely live out their faith.