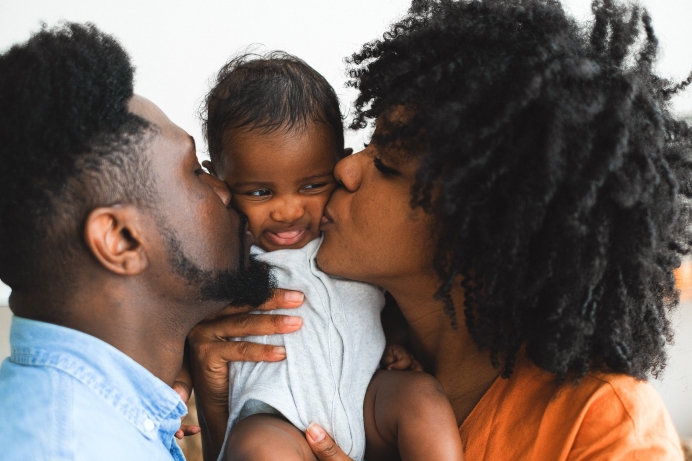 Pro-abortion federal lawmakers are launching yet another attack on pregnancy centers, propagating more inaccurate claims about the life-affirming services they provide. However, actress Patricia Heaton is speaking up in defense of the pregnancy help organizations.

In one of the latest smear campaigns against pro-life pregnancy centers, Senator Elizabeth Warren (D-Mass.) stated following the Dobbs ruling that it was “more important than ever to crack down on” pregnancy centers and repeated the false claim that they “mislead and deceive patients seeking abortion care.”

Heaton, known for her pro-life advocacy, took Warren to task, providing a more accurate picture of pregnancy help, and noting how now because of people like Warren and their problematic rhetoric, the pregnancy help clinic she supports has had to hire armed security for protection.

Warren and other Democrat senators are pushing the “Stop Anti-Abortion Disinformation (SAD) Act” which aims to order the Federal Trade Commission “to prescribe rules prohibiting disinformation in the advertising of abortion services, and for other purposes.”

The SAD Act makes multiple false claims against pregnancy help centers, which they by the dub the outdated term “crisis pregnancy centers” (CPCs), including:

1. “CPCs routinely engage in a variety of deceptive tactics, including making false claims about reproductive health care and providers, disseminating inaccurate, misleading, and stigmatizing information about the risks of abortion and contraception, and using illegitimate or false citations to imply that deceptive claims are supported by legitimate medical sources.”

2. “CPCs typically advertise themselves as providers of comprehensive healthcare. However, most CPCs in the United States do not employ licensed medical personnel or provide referrals for birth control or abortion care.”

The Act further claims that “by using these deceptive tactics, CPCs prevent people from accessing reproductive healthcare and intentionally delay access to time-sensitive abortion services.” It also proposes that pregnancy centers found in violation of the Act by using “deceptive or misleading statements related to the provision of abortion services” should face civil penalties of $100,000 or 50 percent of the revenues earned during the preceding 12-month period, depending on which amount is greater.

Campaigning for her SAD Act, Warren tweeted on June 27, 2022, “With Roe gone, it’s more important than ever to crack down on so-called ‘crisis pregnancy centers’ that mislead and deceive patients seeking abortion care. My bill with @SenatorMenendez would stop these harmful practices,” linking to a TIME article titled, “Anti-Abortion Pregnancy Centers Are Collecting Troves of Data That Could Be Weaponized Against Women.”

That’s when Heaton had enough, tweeting on June 29, 2022, “Our medical pregnancy clinic serves [SIC] client families for five years, providing superior services for anyone who asks. We raised $250K for a mobile medical clinic for underserved areas, treating everyone. Because of people like @SenWarren we now have to hire armed security.”

Our medical pregnancy clinic serves client families for five years, providing superior services for anyone who asks. We raised $250K for a mobile medical clinic for underserved areas, treating everyone. Because of people like @SenWarren we now have to hire armed security. https://t.co/1cKPoeEU1I

Heaton’s response references the dozens of physical attacks pregnancy centers have faced since the Dobbs draft was leaked back in May. The myriad inaccurate claims about the care and compassion pregnancy centers truly provide clients has been used to justify over 40 attacks against pro-life organizations and facilities, forcing many to reconsider security measures.

While abortion proponents tried to corner Heaton, she did not back down as she responded to several abortion activists.

One Twitter user claimed if the pregnancy centers aren’t offering abortion services they’re not providing healthcare to which Heaton pointed out the double standard since Planned Parenthood has stated time and time again they do not provide prenatal care:

“Hello Susie - PP provides no pre or postnatal care for women - do you demand the same of them? Should they provide free ultrasounds, diapers, medical care for pregnant women who want to keep their babies?”

When asked if her pregnancy clinic has “licensed medical personnel providing genuine medical services,” was “bound by federal medical privacy laws,” and “honestly represents what services it provides,” Heaton truthfully informed the poster, “It does have all those things” yet they still continually come under attack from the state. We have also been vandalized.”

And in arguably her best response, Heaton replied to yet another Twitter user only interested in spreading falsehoods about pregnancy centers for abortion propaganda, “No one has ever died from visiting a pregnancy clinic.”

Tweet This: "No one has ever died from visiting a pregnancy clinic" - Pro-life actress Patricia Heaton

No one has ever died from visiting a pregnancy clinic. https://t.co/TaAuVBpMI3

Heaton’s going to bat for pregnancy centers and helping to spread the truth is a refreshing departure in a world where pro-abortion celebrities are usually the loudest voices in the abortion debate.

Despite the false claims in the SAD Act and elsewhere wherever abortion proponents try to make them, pregnancy centers do not try to deceive or mislead anyone or claim to provide comprehensive healthcare.

But they typically state unequivocally on their websites that they do not provide or refer for abortion services.

Additionally, if a pregnancy center has the medical clinic designation, a licensed medical professional oversees its services.

In either case whether a pregnancy help center or medical clinic they only provide legitimate science-backed information when discussing options with clients, rendering Warren’s comments and proposed legislation as simply more unfounded abortion propaganda.

Heaton’s defense of pregnancy help centers is well founded as women and families numbering in the millions are served with life-affirming assistance and support by the some 3,000 pregnancy centers across the U.S. each year.