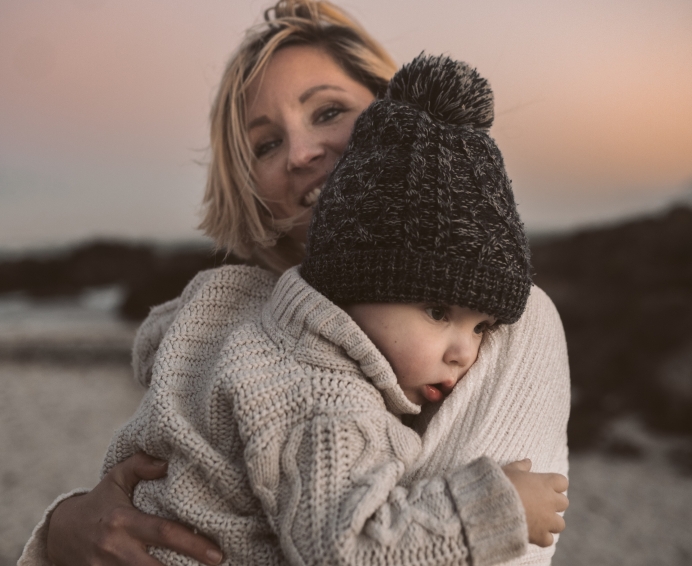 No, abortion is not a normal experience for moms

Planned Parenthood states that 6 of 10 pregnant women who get an abortion already have a born child. While not cited anywhere on the website, the statistic likely comes from a 2016 Guttmacher report based on data from 2008 to 2014.

Other pro-choice organizations and individuals perpetuate this claim, often stating something along the lines of, “the majority of women who get an abortion are already mothers.”

Well, that statistic is based on a survey of abortion patients.

The survey covered over 8,000 women from 87 abortion facilities over one year who were given a four-page, self-administered questionnaire.

The study did not include any hospitals at all, or any abortion facilities that did fewer than 30 abortions a year.

Fewer than half the abortion facilities approached to conduct the study agreed to take part, and the response rate for the questionnaire at those 87 facilities was 76%. But of those 76% of responses, questions within the questionnaire lacking an answer could range from 1-13%.

So, there are some gaps in knowledge from the survey responses themselves — of the over 8,000 respondents, we do not know how many did not answer the previous live births question. If a question was not answered, an answer was assumed from what was calculated as being mostly likely.

Obviously, the study suffers from selection bias and self-reporting bias.

A new study by scholars at the Charlotte Lozier Institute (CLI) is a population-based study with empirical data, similar to how studies in Europe can be carried out because of national medical registries. It does not rely on self-reporting or recruiting.

The specific pro-choice claim of 6 in 10 women getting abortion already being a mother, or the more general “Mother Majority” claim which is simply, “abortion is extremely common” and “the majority of women who get an abortion are already mothers” is directly confronted in this study.

This indicates that abortion, for whatever reason, could result in rapid repeat (unplanned) pregnancy and therefore more abortions.

Additionally, of all the pregnant women, only 12.3% of women got an abortion, and only 5.7% had both births and abortions.

A last finding of note I found was the following:

“Within the group of women with both births and abortions, 38.5% had an abortion timed consistent with an attempt to delay a first birth, 17.9% had an abortion that spaced live births, and 52.3% had an abortion that could indicate a desire to end childbearing. The estimated period prevalence for each of these patterns is 2.2%, 1.0%, and 3.0% respectively. Therefore, abortion practiced possibly as a means to achieve any of these family planning objectives is rare.” [emphasis added]

This directly confronts another pro-choice claim which is that abortion is essential to women’s ability to plan their families since birth control can fail.

Limits of the study

Only women who were Medicaid-eligible who had their abortions paid for by Medicaid were included. This means only low-income women are represented here, so the results may not be extrapolated to represent the entire population of women who get abortions. And only 17 of 50 states were included.

But this limitation actually serves to further hurt the pro-choice narrative, because according to pro-choice funded research and the CDC, the majority of abortions are done on women who are low-income or poor (199% or less of the federal poverty level), meaning a Medicaid-eligible population covers the majority of women who get abortions. And if these women are not supporting the “Mother Majority” narrative, then why would adding in the higher-income women who get abortions change the data so much in the wrong direction?

Not having a national pregnancy register greatly hampers the ability to do truly population-wide research on pregnancy, birth, miscarriage, abortion, and the intersection of all those pregnancy outcomes.

What does all this mean?

“The abortion industry wants America to believe that abortion is a normal experience for mothers. They want to make it acceptable to target vulnerable women and children by citing estimates and surveys conducted at abortion centers to support the narrative that ‘everybody is doing it.’ This new peer-reviewed research proves those narratives simply aren’t true...Most mothers are not undergoing abortions. We know that instinctively. We know that based on logic. Now, we know it based on data.”

Additionally, Dr. James Studnicki, the main author of the study and CLI Vice President and director of data analytics, explains:

“After studying the largest universe of actual pregnancy outcomes ever analyzed, our team found that abortion is in no way typical of motherhood. We didn’t sample or conduct surveys – we analyzed all recorded events. We followed the data. It is quite uncommon, if not rare, to have both births and abortions. The overwhelming number of children are born to mothers who never have an abortion.”

Abortion is not a normal part of motherhood, and women should not be made to feel as if it is in order to garner more profit for abortion providers.

Tweet This: Abortion is not a normal part of motherhood & women should not be made to feel as if it is to garner more profit for abortion providers.