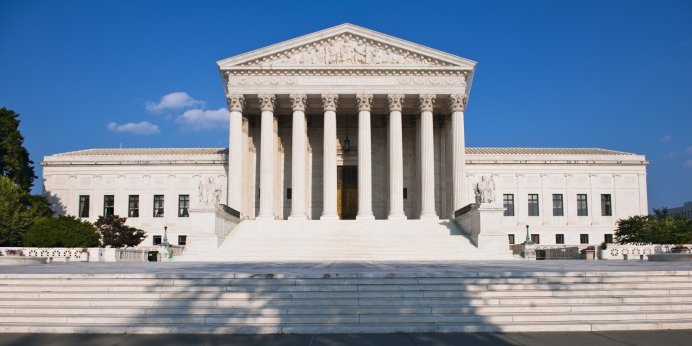 On a razor-thin 5-4 vote, the Supreme Court ruled Friday to legalize gay marriage in all 50 states, holding that the 14th amendment’s equal protection clause allows for homosexual unions. The ramifications of the ruling are vast, and could quickly involve Pregnancy Help Organizations (PHOs).

Tweet this: The ramifications of the ruling could quickly involve Pregnancy Help Organizations. #SCOTUSMarriage

Judge Anthony Kennedy, a Ronald Reagan appointee, bolted from what some assumed is a conservative majority and wrote the majority opinion in the ruling, which strikes down all state restrictions on gay marriage, including constitutional amendments.

For PHOs, the ruling could infringe on a PHO’s hiring practices and thus, its tax-exempt status.

It is not difficult to imagine a scenario in which a married homosexual applies for a position with a PHO and in a resume, claims a same-sex marriage. While the PHO would likely find many other reasons not to hire the individual, this does not prevent an expensive lawsuit.

In addition, depositions would bring out the personal views of PHO board and staff members. Could this lead to the IRS reviewing and perhaps revoking the PHO’s tax-exempt status?

Tom Glessner, President of the National Institute of Family and Life Advocates, says PHOs classifying themselves as religious organizations; holding statements of faith and certain statements of principle, remain on solid footing, at least for the time being.

“Right now, a religious organization stating they believe in abstinence outside of marriage and fidelity in marriage—and holding that marriage is between one man and one woman—would be protected,” Glessner said, pointing to the Court’s reluctance to slice too deeply into religious freedom.

But, Glessner added, this decision opens a wide door. “The Court has long held that you can’t use religious practices as a defense of bigotry,” he said. “We’re not at that point yet (where opposing gay marriage is defined as bigotry), but it is the next logical step for the Court.”

Doug Wardlow, Legal Counsel for Alliance Defending Freedom (ADF), agrees. “Today the Supreme Court declared gay marriage to be a ‘fundamental right,’ Wardlow said. “This is going to come into conflict with the First Amendment at some point.”

The question, Wardlow says, is how far the Supreme Court will ultimately go. “It’s about how this ‘right’ will be interpreted,” he explained. “Can the right to gay marriage trump the First Amendment?”

Tweet this: “Can the right to gay marriage trump the First Amendment?” #SCOTUSMarriage

For PHOs, Wardlow says this will certainly be an issue in the future. “It’s definitely going to affect them (PHOs),” Wardlow told Pregnancy Help News. “Tax exempt status could certainly come into question.”

Wardlow pointed to oral arguments in the case, where U.S. Solicitor General Donald Verrilli gave this answer to Justice Samuel Alito’s question regarding the tax-exempt status of a hypothetical college or university which opposes same sex marriage:

Glessner says NIFLA will be covering this issue in its upcoming communications. “By mid-summer we’ll have a thorough analysis on how the ruling pertains to pregnancy centers,” Glessner said. “This ruling is going to have a lot of implications.”

Jor-El Godsey is Vice President of Heartbeat International, the world’s largest affiliate network of PHOs. He says Heartbeat will be advising affiliates to be on the alert. “If a PHO has not yet intentionally included 'religious' purposes in their IRS designation, now is the time,” Godsey says.

In addition, “Every PHO board should have on its very next board agenda the question, 'How do our official documents (including 501c3 letter) clearly establish our religious values, especially for marriage as between one man and one woman?'”