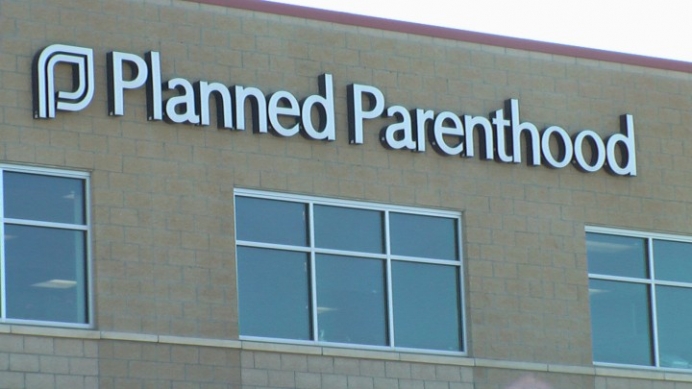 AUL’s report, titled “The New Leviathan,” is 41 pages of documentation and charts, carefully explaining how, through a Mega-Center Strategy, Planned Parenthood has increased profits and market share, even as the U.S. abortion rate drops.

AUL President Dr. Charmaine Yost points out, “Unlike the national trend observed by the Associated Press last week, the Centers for Disease Control, and everywhere else that abortions are on the decline, at Planned Parenthood abortion sales are up – meanwhile its overall patients and other services are down. This is as a result of a move to create abortion mega-centers to mass-produce abortions at an even deadlier rate.”

For PHOs, the report verifies what they are seeing every day: Planned Parenthood is ramping up its abortion marketing and cutting its other services.

Tweet this: #PlannedParenthood is ramping up abortion marketing and cutting other services. @AUL

When it comes to pregnancy-related services, abortion is not only No. 1, it is as close as one can get to “only.” From the AUL report:

“According to its most recent annual report, abortions were 94% of its (Planned Parenthood’s) pregnancy-related services (abortion, adoption-referral and prenatal services),” the report says.

In addition, “For an estimated 98.5% of the pregnant women who received a pregnancy-related service at a PPFA center, that service was abortion.”

When it comes to revenue, more than just abortion dollars are rolling in for PPFA. The AUL report also notes that federal funding for Planned Parenthood rose from $272.7 million in 2004 to “an average of $536.6 million in each one of the past 4 years.”

The report, AUL’s third installment in an ongoing expose on Planned Parenthood, highlights the differences between Pregnancy Help Organizations and Planned Parenthood. While PHOs offer many options for those facing unplanned pregnancies (single-parenting, co-parenting, marriage and adoption) and offer abortion information as well, Planned Parenthood has almost eliminated any service relating to carrying a pregnancy to term.

Tweet this: #PlannedParenthood has almost eliminated any service relating to carrying a pregnancy to term. @AUL

Kirk Walden, Advancement Specialist at Heartbeat International, hears this story often. “The good news is, centers are telling me they are receiving more and more referrals from Planned Parenthoods across the country,” Walden said. “But this underscores the AUL report; Planned Parenthood is no longer even feigning interest in preventative health or prenatal care. These services are being cut out to make room to advance the abortion agenda.”