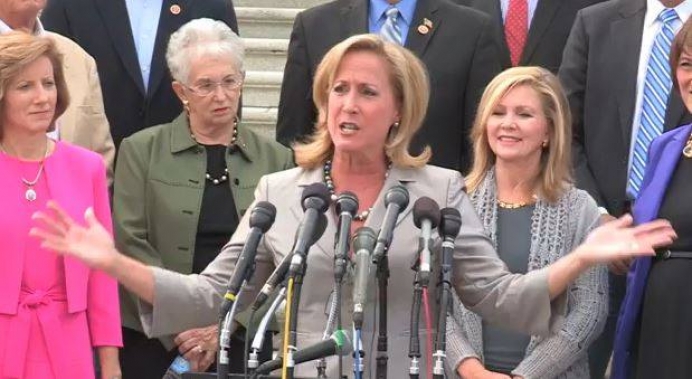 A St. Louis native, Rep. Wagner became the first woman named chair of the Missouri GOP in 1999. She then served as Co-Chair of the Republican National Committee (2001-04) and as U.S. Ambassador to Luxembourg (2005-09) before being elected to serve Missouri’s 2nd Congressional District in Jan. 2013.

Rep. Wagner co-sponsored the Pain-Capable Unborn Child Protection Act, and the No Taxpayer Funding for Abortion and Abortion Insurance Full Disclosure Act of 2015, the latter of which passed Jan. 22, 2015.

“Throughout my life, I have worked to draw attention to the pro-life movement, to change hearts and minds, and to approach this issue with love and compassion,” Rep. Wagner said. “And I will continue to work throughout my time in Congress until the day when abortion is not only illegal but unthinkable.”

Rep. Wagner, whose mother-in-law was a co-founder of Our Lady’s Inn Maternity Homes—a Heartbeat International affiliate that has served over 6,000 women since opening its doors in 1982—has expressed frustration over the recent stalling of the Justice for Victims of Human Trafficking Act of 2015 by Democrats over language that would prevent fees collected by the law’s enforcement to be used to pay for abortions.

Rep. Wagner has also championed legislation against human trafficking, co-sponsoring the SAVE Act of 2015, that passed the House vote Jan. 27, 2015. The SAVE Act would provide a penalty for knowingly selling advertising that offers certain commercial sex acts.

“We are truly honored to welcome Rep. Wagner to our Annual Conference,” Betty McDowell, Heartbeat’s Director of Ministry Services said. “What an excellent opportunity to celebrate the pro-life, pro-woman law-makers in our nation who are truly making a difference in the lives of our society’s most vulnerable members.”

The Conference also includes a lineup of 78 workshops in 13 distinct tracks, with continuing education units available.