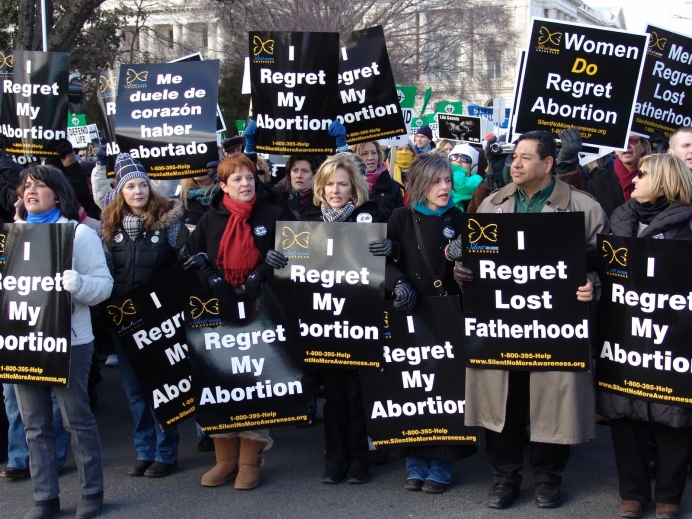 Every year, more people are leaving Big Abortion and help expand the pregnancy help community. You’ll interact with many of these friends at gatherings around the world like the upcoming Heartbeat International Annual Conference, April 7-10 in St. Louis.

Just a glance around a get-together like this will reveal people working hard to change legislation, convert abortionists, and consult with women contemplating abortion.

What this means for Big Abortion is that its facilities are closing at a record pace.

At least 58 U.S. abortion facilities closed or stopped providing abortions since 2011. That is almost 1 in 10. In this same time, pregnancy help organizations have held consistent at nearly 2,200, nearly four times the number of surgical abortion facilities.

The reduction of surgical abortion facilities has been rightly traced to new state regulations that created standards with which the facilities—for one reason or another—were not able to comply.

Rhetoric aside, these commonsense laws impose standards such as parental notification, stricter building codes, and requirements that abortion doctors have admitting privileges at local hospitals in order to ensure the safety of people who enter.

Meanwhile, demographic changes, declining demand (thanks to a pregnancy help organization near you), industry consolidation, doctor retirements and crackdowns on unfit providers were also behind the drop. According to BloombergView.com, more abortion facilities are preparing to close as soon as next month.

“Doctor retirements” are becoming more prominent among the Big Abortion workforce, with abortion industry employees realizing the true nature of their work and leaving as a result.

Dr. Anthony Levatino performed more than 1,200 abortions in his years as an abortion doctor. He justified his work by turning himself into a hero—making women’s problems disappear. As World Magazine reported this January, Levatino’s path changed after a trying series of events, not the least of which was the unexpected death of his own young daughter in 1984.

At that point, he realized he was not providing solutions to these women, but rather causing the deaths of sons and daughters.

Today, Levatino uses his experience as both a doctor and a lawyer to further the pro-life movement. A medical director for two pregnancy help medical clinics, Levatino has founded a pregnancy help center, serves on the medical advisory boards for Heartbeat International and Priests for Life, and has testified before Congress against abortion four times.

Though notable, Levatino’s conversion to pregnancy help work is one paralleled by a growing number of former abortion providers.

In College Station, Texas, husband and wife Drs. Haywood and Noreen Robinson left the industry in 1986 and have championed the rights of the unborn since. Today, the couple works with pro-life medical students at Texas A&M Medical School while serving with Hope Pregnancy Centers of Brazos Valley, which famously moved into a former Planned Parenthood facility Nov. 1, 2014.

Haywood Robinson, who, along with his wife, owns and operates Brazos Medical Associates out of the same building, is active in national groups, serving as a speaker with Ambassador Speakers Bureau and on the board of directors for 40 Days For Life.

The Robinsons use their connection with medical students to help them overcome the pressure to assist in an abortion, which in turn decreases the number of students who go on to carry out future abortions.

“One of my favorite questions to incoming medical students is, ‘How would you handle a situation if, while you’re in residency or medical school, your chief resident or your attending professor says to you, “Let’s go into this room and see this abortion.” What would you do,’” Noreen Robinson said in a Celebrate Life magazine article in 2007.

“Most of the students coming in are under the impression that if they try to rock the boat, or report openly their pro-life stance, it will affect them adversely in their training and their grades,” she said. “But compromise begins just by going into the room and looking at an abortion.”

Perhaps the widest grouping of pro-life conversation is happening among abortion clinic workers, managers and owners—many of which have come about as a result of the prayerful labor of 40 Days For Life.

Jeanne Pernia, who owned and operated an abortion clinic in Miami from 1977-80, quit the business after experiencing an abortion herself. She became Clinics Director of Heartbeat of Miami when the organization first opened its doors in 2007, and came full circle in July 2013, as the organization launched a second location in the facility she had once owned—and where she had experienced firsthand the loss of abortion.

Pernia, whose story is captured in her autobiography, “Conquered” and is the subject of an upcoming feature at World Magazine, recalls her pivotal moment as the “day when I found out that I was pregnant and no one supported the idea that I keep my baby and encourage that I abort.  And I did.”

Now part of an organization that has seen 13,000 babies born in less than a decade, Pernia encourages women and men that, “[T]hey can have their baby because there is help for them.”

Former abortion industry staff stories are raw and heartbreaking, as well as inspiring and encouraging. Abby Johnson worked for Planned Parenthood for eight years and was named Employee of the Year in 2008 before she had a change of heart while taking part in an abortion procedure in 2009.

After leaving, Johnson took her story public with the 2009 book, “Unplanned: The Dramatic True Story of a Former Planned Parenthood Leader's Eye-Opening Journey across the Life Line,” and went on to found And Then There Were None,  an organization designed to provide the abortion industry workers with resources and information as to how they can leave.

Though Planned Parenthood took action to silence Johnson with a gag order, the lawsuit was quickly thrown out. Today, Abby travels worldwide sharing her story, educating the public on pro-life issues, advocating for the unborn, and reaching out to abortion clinic staff who still work in the industry.

“Doctors who have performed abortions need to go through a healing process, because we have to reverse all of this junk and trash and become re-humanized, re-sensitized to patients,” Noreen Robinson said. “Many people helped us along to where we are right now.”

Organizations like And Then There Were None are there to offer help to former industry workers, and are welcoming a significant number of former workers who have been rescued from Big Abortion

“We provide comprehensive assistance, including healing ministries, to those who have left the abortion industry,” Johnson said. “In the past two years, we have helped 141 abortion clinic workers leave their jobs and find healing through Christ.”

How did you get involved in the pregnancy help community? Share your story in the comments or by clicking here.