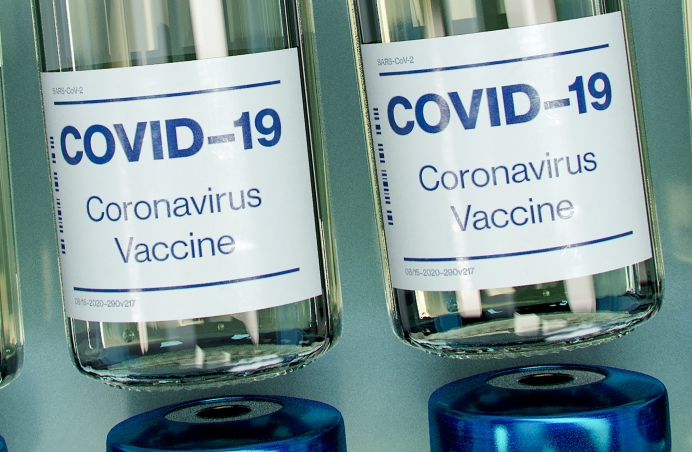 COVID Vaccines: To inject or not inject

(American Life League) Americans are concerned. The questions keep coming about the vaccines being developed to protect folks from COVID-19. Many have asked us what they should do. To be injected or not: That is the question.

Tweet This: Americans are concerned. The questions keep coming about the vaccines being developed to protect folks from COVID-19.

Far be it from us to tell anyone what they should decide with regard to COVID vaccines, but we can provide you with the facts and our position on these vaccines.

Unfortunately, the vaccine development process is in dangerous overdrive due to the escalating number of cases and fear that the winter will bring even more cases—and of course, deaths. As one distraught writer puts it: “In times of crisis, we need to have flexibility in drug approval standards, and FDA recognizes that. A few more weeks of safety data from a vaccine trial is not going to give us what we want, which is certainty.”

Perhaps months or years from now, we will be sorry that the FDA was pressed to move forward without enough research. It is clear that Operation Warp Speed was not the prudent route to take. The World Doctors Alliance, Dr. Theresa Deisher, and many more make it clear that human lives are indeed at stake—from faulty tests for the virus, scientific errors in their research “data,” and severe immune reactions!

The facts about how some of these vaccines are being produced is not pretty. Children of God for Life has worked to provide an update on which vaccines are with fetal parts and which are tainted. Note that aborted baby parts can be used in the initial designing, in testing, in development of vaccines, or in all three.

Children of God for Life’s Debi Vinnedge has confirmed research that shows that Moderna used the aborted fetal cells in its original research, development, design, and testing.

Additionally, Dr. Stacy Trasancos has expressed concern regarding the morality of developing these vaccines.

Vinnedge tells American Life League: “Pfizer did use aborted fetal cells ONLY for testing the final product—but Moderna used them from start to finish. Once they finished the original vaccine, the cells are not used again.”

A few Catholic prelates, including Bishop Joseph E. Strickland of Tyler, Texas, have issued a joint statement on this question. This statement, created with the assistance of scientists and others, says in part: “Why did murder-based technology emerge in medicine, whose purpose is instead to bring life and health? Bio-medical research that exploits the innocent unborn and uses their bodies as ‘raw material’ for the purpose of vaccines seems more akin to cannibalism than medicine.”

Some in the scientific community have warned of even graver dangers involving some of these vaccines that use a certain type of genetic engineering (the use of messenger-RNA) that involves “gene editing,” where the genetic changes are also passed down through all of one’s future generations.

Never have any vaccines been produced using genetically engineered m-RNA. Such vaccines are dangerous. They change the functioning of the DNA in the mitochondria in one’s human genome (i.e., “genome” = all the DNA in a cell—both nuclear and mitochondrial).

While the federal government launched “Operation Warp Speed” (OWS) to produce several vaccine candidates, there are numerous concerns about these vaccines. The lead vaccines are being produced by Pfizer and Moderna, which will soon receive an Emergency Use Authorization (EUA) from the Food and Drug Administration (FDA). Their vaccines use a synthetic message ribonucleic acid (mRNA) to produce the COVID-19 “spike protein.” It is important to note that mRNA vaccines have never been approved for any prior infectious disease. mRNA vaccines theoretically create an immunity to the virus by delivering the gene of the spike protein into muscle tissue which, in turn, produces the spike protein and elicits an immune response.

The report goes on to say that Pfizer and Moderna have “recently release[d] a press release that their vaccines are over 90% effective. However, to date, that data has not been published in a peer-reviewed scientific journal, nor have these companies defined what they mean by effective.”

This collection of information, the fact that vaccines normally take years to develop, and the recommendations made to us by scientists and others have led American Life League to take this position:

American Life League will not approve the use of any of the COVID-19 vaccines at this time.

If you, in consultation with your physician, choose to accept a COVID-19 vaccine, that is your decision. Our obligation is to provide you with the facts.

Editor's note: Judie Brown is the president and co-founder of the American Life League. She has served three terms on the Pontifical Academy for Life—appointed twice by Pope John Paul II and again by Pope Benedict XVI. This article was published by ALL and is reprinted with permission. Pregnancy Help News encourages thorough investigation of specifics related to vaccines. PHN is managed by Heartbeat International. Heartbeat has not taken a position on vaccines beyond the aforementioned encouragement of comprehensive examination of the issue.