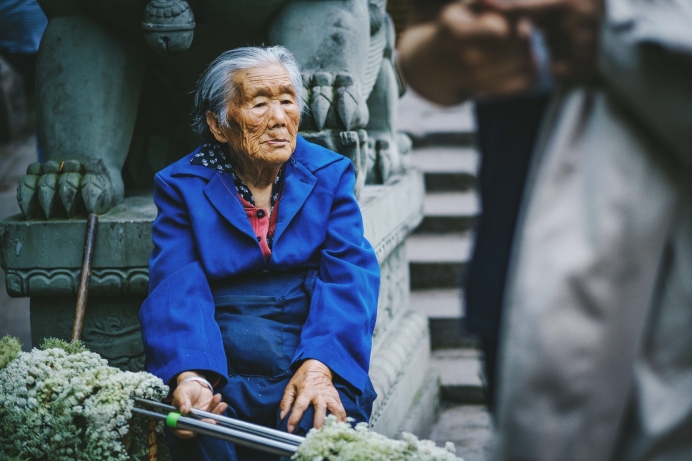 “In the past it has been a young China catching up with a middle-aged U.S.,” researcher Yi Fuxian told the South China Morning Post, “that’s why [China] has managed to close the gap between the two countries rather quickly. Now it’s going to be an old China trying to chase a middle-aged U.S., and the gap [between the two countries] is likely to get wider and wider. China’s ageing population can become an obstacle for the country trying to overtake the U.S.,” he said.

According to China’s National Community on Aging, by 2050 the over-60 population in China could reach 487 million, a third of the population.

Tweet This: ”By 2050 the over-60 population in China could reach 487 million, a third of the population”

Experts claim that Beijing is inflating its dismal fertility statistics in order to cover up the damaging effects of the one-child policy. The official numbers, released by the National Bureau of Statistics in January, said that the number of births fell to 15.2 million in 2018. That’s a total fertility rate of 1.6 children per woman and a decline of 12 per cent compared with 2017. One demographer said that the actual fertility rate was 1.18 children per woman between 2010 and 2018, a figure even lower than Japan’s.

Another expert called the demographic issue China’s number one problem, and that the government’s downplaying of the issue by inflating fertility statistics and assuming that government intervention will solve the problem, bodes ill for the future of the Chinese economy.

China’s family planning policy, allowing only one child per family since 1979, has been enforced by an intrusive, pervasive bureaucracy exacting heavy fines for violations, as well as forced abortions, sterilizations, and child abandonment. A 2016 revision allowed for only two children, but Chinese couples responded by having fewer children, not more, as Beijing had expected.

The new government report laid out a five-point plan which Chinese demographers say is too little, too late. The plan, released in China’s official newspaper last Thursday, called for more social investment, a higher quality workforce, better health care and retirement services, advanced and innovative technologies, and enhanced legal and social protections. But experts said more drastic actions must be taken to avoid a near-certain crisis. They recommend increasing the age of retirement and halting planned infrastructure projects to shore up the pension fund.

China’s main state pension fund will run out of money by 2035 due to a decline in the available work force, according to a report by the World Social Security Centre at the government-supported Chinese Academy of Social Sciences. The South China Morning Post reported that the study showed a gap between contributions and outlays as high as $1.64 trillion by 2050 and that there would only be one worker to support each retiree, twice the current level.

Beijing has been lax in enforcing employer contributions to the fund to get small business through the current economic downturn. That means the current pay-as-you-go system makes those born in the late 1970s and the 1980s, during the one-child policy, put a quarter of their salaries into the state-run funds.

The one-child generation, already punished by losing siblings to help carry the social and economic burden, will also have to pay more as the crisis in the pension fund comes to fruition, the Post said.