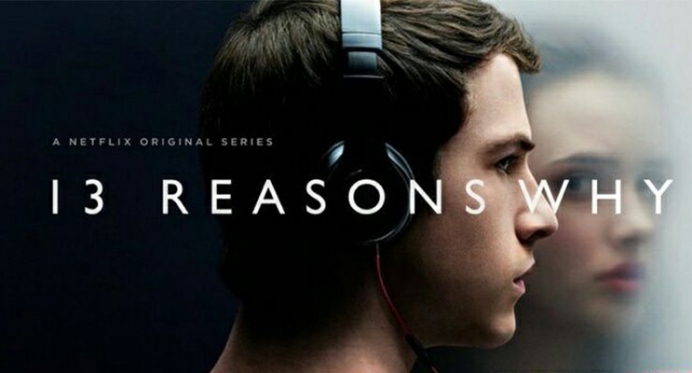 (Sidewalks Advocates for Life) - Netflix released season three of its teen drama, “13 Reasons Why” on August 23. The second episode, “If You’re Breathing, You’re a Liar” follows high schooler Chloe Rice as she faces an unexpected pregnancy and considers abortion.

While the episode accurately depicts many of the common emotions surrounding an unexpected pregnancy – issues thousands of real American women face every year – unfortunately for Netflix viewers, the subplot so grossly and inaccurately mischaracterizes modern-day sidewalk advocacy and sidewalk counseling in front of an abortion facility, that it can only be understood as abortion propaganda.

There is a “fake abortion clinic” where a manipulative “counselor” uses not-so-subtle psychological tactics to foment anxiety. There is an activist pretending to be a clinic escort in a deceitful, last-ditch effort to intimidate women using guilt and gore.

These situations and characters are propagandistic caricatures that in no way represent what takes place on the sidewalk as American women in need of support meet Sidewalk Advocates and prayer volunteers before they make a final decision – or inside the many pregnancy helpcenters we are proud to refer to.

In the past five years, Sidewalk Advocates for Life has trained thousands of volunteers to go to abortion facilities to simply offer loving, life-affirming alternatives to abortion. In that time, more than 6,500 women and families have freely chosen our help and given life to their children, relieved that someone was there to offer them other choices – and that number is growing every day.

Contrary to the scene Netflix is presenting to the viewer, women who have worked with our Sidewalk Advocates and community pregnancy helpcenters often say that they felt, not manipulated or deceived, but grateful and empowered by information and resources.

Planned Parenthood and the abortion industry are threatened by real choice because when women are presented with the truth about the many options available to them, they overwhelmingly choose life.

Netflix has made no effort to disguise their support of the abortion industry. Earlier this summer, the company announced it was “rethinking its investment” in Georgia in response to the state’s new abortion restrictions. Last year, another Netflix young adult show, "Big Mouth," featured an entire episode called, “The Planned Parenthood Show,” which was evidently created after the president and CEO of Planned Parenthood Los Angeles explicitly requested that Hollywood create more pro-abortion content.

Tweet This: This show is just one more example of Hollywood’s free publicity for the abortion giant. @SWAdvocates

This show is just one more example of Hollywood’s free publicity for the abortion giant.

Americans can expect more of the same from Netflix and the rest of their industry as they continue to partner with Planned Parenthood. In the meantime, we at Sidewalk Advocates for Life will continue to serve women and families facing unexpected pregnancies by providing them with accurate information about the many resources available to them, should they choose to parent or place their child in a loving home through adoption.

Editor's Note: This article was published originally on the Sidewalk Advocates for Life Blog and is reprinted with permission.