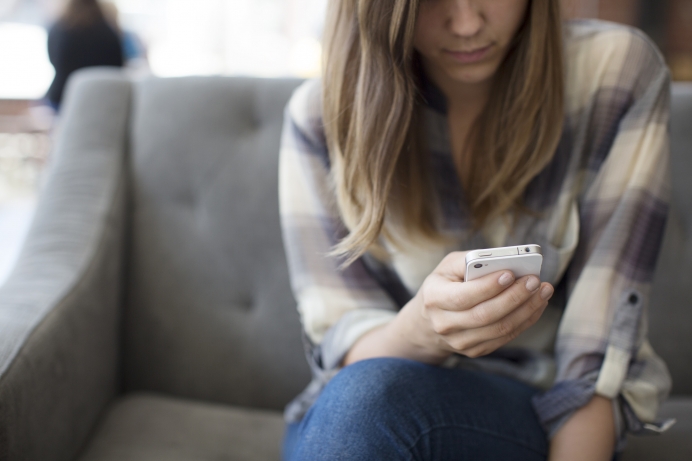 “We're here because every woman deserves love and support during her pregnancy."

It was the evening of Sept. 10, 2001 when Timothy Jaccard found himself running through New York City’s Central Park in desperate search of a woman in labor.

After receiving the woman’s emergency call at 3:30 a.m., Jaccard had rushed to the park as quickly as possible. Having worked nearly 40 years as a paramedic in the Nassau County Police Department, Jaccard had found himself in many an unusual situation, but this would live on in his memory.

At last he found her, laying helplessly in a ditch, in the throes of labor, her head propped on a rock for support. She seemed alone in the world, except for a heavily intoxicated homeless man who had befriended her.

Without wasting any time, Jaccard jumped into the ditch with her and coached her through delivery. To his joy, a beautiful, healthy baby was born in the less-than-desirable surroundings. Soon after, an ambulance arrived, taking away both the newborn child and drunken man.

The woman refused medical care, confiding in Jaccard that she was an illegal immigrant and didn’t want to be discovered by authorities. She wished only to relinquish her child to a better life in a better land.

As Jaccard headed home, exhausted after a full night’s work, he never could have imagined the life-affirming events of that evening would be terribly overshadowed by the eminent attacks on the World Trade Center.

Tweet This: Tim Jaccard's career abruptly changed in 1997, when he got a tip about an abandoned baby. @BabiesSafeHaven

Within a few hours of helping the woman to deliver her baby in Central Park, Jaccard found himself moving 3,500 body bags to Battery Park in the aftermath of the attacks on the Twin Towers.

Until 1997, Tim Jaccard had led a fairly normal career as a police paramedic. For 37 years, he faithfully served the citizens of Nassau County, New York. Everything in his life pointed to an honorable retirement from the forces in the next few years.

All of that abruptly changed in 1997, when he received a tip about an abandoned baby. When he arrived on the scene, Jaccard saw a sight that shook him to his core and dramatically shifted the direction of his life.

She was a little thing, barely over six pounds. His own daughter had only recently suffered a miscarriage. Holding the remains of the child broke him. Little did he know, this was to be the first of many such cases.

Within the next month, he began to receive an increasing number of calls regarding abandoned infants. Their deaths were gruesome. Some were found asphyxiated in bags. One was left in a recycling bin. One had even been run over by several cars on the highway. Another had been buried in a backyard and was dug up by a dog.

“That’s when it hit me” Jaccard said. “I believe God assigned me to these calls so I would do something about it.”

From Call to Action

After carefully researching infant deaths due to abandonment in the United States, Jaccard went into action. First, he obtained legal custody of the abandoned babies he had discovered, gave each a name, and had them buried at Westbury, New York’s Cemetery of the Holy Rood.

Police buses filled with volunteers paid tribute to the lives of those who never had a chance to live. The following year, he founded the Ambulance Medical Technicians (AMT) Children of Hope Foundation to pay for the burial of abandoned infants.

Next, it was time to see to the living. What had possessed these women to do the unthinkable? How could he aid in the prevention of even more infant deaths? Realizing that the women in these circumstances were doing so out of a state of desperation, Jaccard sat down and wrote a bill that would make it possible for a woman to give her newborn into the hands of a responsible adult and not be prosecuted for abandonment.

The bill was immediately rejected by then-Governor of New York, George Pataki. His office thought Jaccard was crazy.

“Do you want a strange woman to come up to you, hand you a baby, and walk away, no questions asked?”

It was a small price to pay to never find a baby in a dumpster again. If even one life could be saved, it would be worth it.

Going National with a Life-Saving Mission

Despite tireless efforts, the bill failed to pass. But, despite the legislation’s failure in his home state, Jaccard refused to give up. This was more than a law to be passed, it was a mission.

Next, he turned to the state of Texas, where George W. Bush was serving as governor. Jaccard was promised that the bill would be signed within two weeks of it coming across his desk.

There was only one proviso: the name of the bill would have to be changed. What had originally been called “The Infant Abandonment Protection Act,” would now be titled, the “Baby Moses Law,” in honor of an abandoned child who’d survived and gone on to lead an entire nation.

Then-Governor Bush kept his promise, signing Texas House Bill 3423 into law June 3, 1999 as the nation’s first newborn abandonment law. In 2006, Jaccard founded the National Safe Haven Alliance or “NSHA,” and by 2008, all 50 states had adopted a form of safe-haven legislation.

These new laws allowed mothers to place babies up to 60-days-old in the arms of emergency medics without fear of prosecution. Jaccard and his associates were riding high.

The only holdouts were the Sovereign Nations who retained separate laws. It took two and a half years of talks to come to an agreement. Finally Jaccard met with several of the chiefs representing tribes in Colorado, New Mexico and Texas. The chiefs’ concerns were that the babies who were given to the authorities would never return to their birth tribe.

As a result of the negotiations, the tribes decided to pass laws allowing infants to be returned to their tribe after abandonment.

The NHSA was running smoothly, but the organization was slowly realizing it didn’t have the manpower to have a hotline to handle the calls they were receiving. This led to the group’s establishing a working partnership with Heartbeat International’s 24-7, 365 pregnancy helpline Option Line.

Tweet This: @BabiesSafeHaven and @HeartbeatIntl Option Line working together to save lives.

Founded in 2003, Option Line has answered over 2 million calls, texts, live chats and emails of women and families searching for answers in the midst of an unexpected or difficult pregnancy. Jaccard and his organization found Option Line’s focus on connecting a client to pregnancy help in her community was right in line with his desire to rescue babies at risk for abandonment.

While Jaccard and the NSHA route calls through Option Line, the helpline’s staff is empowered to give a mother at risk for abandoning her child the support and information she needs to connect with a nearby Safe Haven touch point.

As a last resort, she is walked through the steps to relinquish her child to the proper authorities.

“We are here because every woman deserves love and support during an unexpected pregnancy, as well as the tools and support she needs early on in motherhood,” Director of Option Line Bri Laycock said. “The work that National Safe Haven Alliance does translates directly into lives saved and families preserved, and it truly is an honor to work alongside them. No woman should ever feel so alone, coerced or hopeless that she ends the life of her child.”

While Option Line consultants are equipped to handle calls from moms seeking to relinquish their babies, Jaccard still handles some of the tough calls himself.

Recently, a young woman from Corpus Christi, Texas was referred to him from Option Line.

When Jaccard answered the phone, she explained her situation. She was in college and had suffered a date rape. Somehow, she had managed to hide her pregnancy from her parents. They were out of town and she was going through labor alone in the house.

She was exhausted and asked if she could call him back in a few hours. Meanwhile, he called the captain of a nearby firehouse and told him that a young woman would be there later on to place her child.

When she called back, he gave her directions to the firehouse where she could place the child into the arms of an EMT, rescuing her baby from abandonment while helping the young woman navigate the painful situation.

Another woman linked up with Safe Haven in December, 2014, after having been smuggled across the border into Texas from Guatemala. She and four men had been in the back of a tractor-trailer. During the crossing, all four had raped her.

By the time she reached her final destination in Long Island, the woman was eight months pregnant. After speaking with the NSHA, she was able to give birth and relinquish her baby, giving the child a safe future.

The children rescued by the NSHA are starting to grow up. Jaccard himself has delivered over 300 babies and has served the Nassau County Police Department for over 40 years. As a captain and coordinator of the NHSA, he spends much of his time going across the country, teaching courses to medics how to handle relinquishment situations.

Over 6,000 ambulances and emergency vehicles now display the Safe Haven logo. In the past 17 years since Safe Haven was founded, several thousand lives have been rescued.