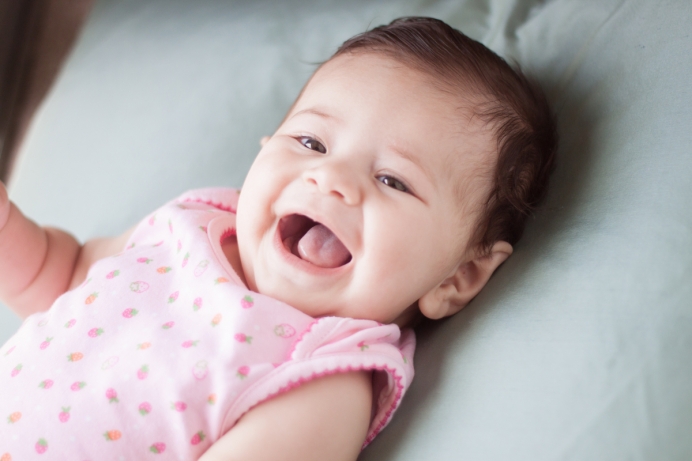 Living a Life that Lasts in a World that's Passing Away

On the way to get my haircut today, the thought dawned on me—this was my first ear-lowering since Inauguration Day, when President Donald Trump officially answered his vaunted titled for the first time.
I’d sat watching President Trump deliver his speech, while my barber, Mike, and I wondered aloud at the pageantry of the day, traded thoughts on the content of the speech in real-time, and made the occasional remark about just how strange it was to watch this little bit of history unfold.
So, when I got to the barber shop and sat down for today's cut, I reminded Mike that Inauguration Day had been the last time I’d been in for a trim. It seems hard to believe, but that was less than two months ago.
That, if you’re keeping score at home, is not a very long time. Yet, in a 24-7 news cycle that spins and chugs and—most of all—distracts us from things that matter, we’ve seen several major protests, a policy roll-out or two and multiple riots at college campuses.
In the meantime, we’ve been subjected to an endless stream of just the sort of innuendo and end-of-the-world hand-wringing that makes the Anchorman franchise one of the finest tools of cultural hermeneutics we have at our disposal today.
They’re screaming because we’re listening. And here’s another column at another website to perpetuate that vicious, vacuous cycle. You’re welcome.
Which brings me to my point. The things that are coming to pass today are doing just that—they’re coming to pass. Here one minute, and gone the next. And that’s more of a commentary on life itself than it is on the media’s breathless coverage of events and non-events alike.
The truth is, as pastor and theologian John Piper is faithful to point out, we’ve only got one shot at life, and we’re not guaranteed the next breath we take. Am I really going to waste it worrying about so-and-so’s potential ties to thus-and-whoever? Or, alternatively, chirp from the sidelines about news-media-X’s overwrought coverage of the same?
Only one shot. Only today. Only this moment. So, how am I going to spend it?
Piper, who among several dozens of books, has written one called Don’t Waste Your Life—highly recommended by yours truly, for what it’s worth—tells of a saying that hung in his family’s kitchen growing up. It was the title of a poem by C.T. Studd called, “Only one life, ’twill soon be past. Only what's done for Christ will last.”
Studd’s poem (which you can read here) includes the following stanza:
Only one life, the still small voice,
Gently pleads for a better choice
Bidding me selfish aims to leave,
And to God’s holy will to cleave;
Only one life, ’twill soon be past,
Only what’s done for Christ will last.
Studd—posthumously recognized with Pregnancy Help News’ first-ever “Sterling Surname” award—was missionary to China, India and Africa around the turn of the 20th century, living a life devoted to making the very best use of every moment he was given.
Tweet This: Reminder: Only 1 life, 'twill soon be past. Only what's done for Christ will last. #prolife
In another of his famous quotes, Studd explained his calling as a frontier missionary in the following terms:
Some wish to live within the sound of Church or Chapel bell;
I want to run a Rescue Shop within a yard of hell.
What will it look like to live today as if the only thing that matters is what is done for Christ, for the spread of the gospel, for the sake of life and life everlasting?
For many, it looks like running a rescue shop within a yard of hell. Those people—many of whom we call pregnancy center directors, board members, staff members and volunteers—disavow the comforts of the sidelines and safe-zones and place themselves within the hellish vicinity of an abortion clinic to literally rescue both mothers and children from the death’s door.
Not only so, but to draw from the earlier lines by Studd, as these missionaries respond to God’s gentle plead “for a better choice”—i.e. a choice to follow Christ and leave the self-indulgent pleasures of the world behind—they’re also pleading with women and families to make “a better choice” than the only one the world is offering to them.
That “better choice” is what’s at the heart of every story we can tell. From a mother who chooses life at the last moment, to a woman devoting her life to saving others at the “Modern-Day Golgotha,”  to a mother and grandmother not only rejecting abortion, but turning to Christ in an ultrasound room, every story we tell is just a vignette of the One True Story of a God who sent his own Son to rescue us from ourselves and reset the very trajectory of our lives in happy service to him.
Put into such a sharp contrast with a world that the Apostle John tells us is, “passing away along with its desires,”—headlines and all—it's no mystery as to why we opt for the work that lasts.
We've only got one life to live, after all. Why not spend it giving others the same chance as we do? Why not devote ourselves to bringing along others to live a life of joy, fullness and hope in a Savior who has already stormed hell's gates?
Only one life, ’twill soon be past. Only what’s done for Christ will last.
Tagged under
Tweet