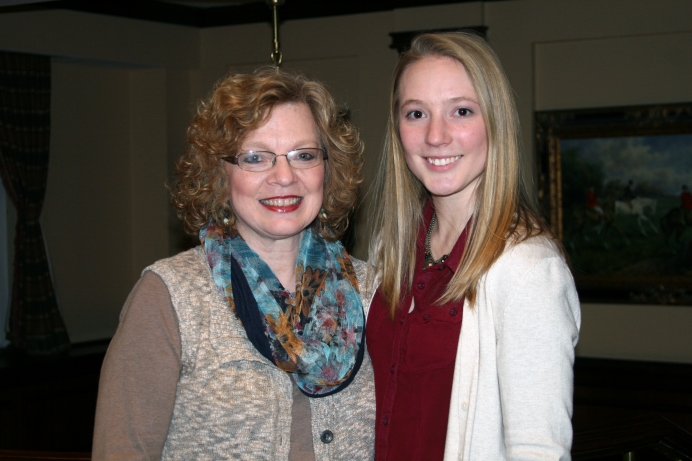 WASHINGTON, D.C. -- Four congressional offices will get a double-dose of show and tell, when LifeLine Pregnancy Help Center pays a visit Wednesday as part of Heartbeat International’s Babies Go to Congress.

The Elkin, North Carolina center will be represented, not only by former client April Rankins and her 13-year-old son, Derrick, but by two generations of pregnancy help leaders in Executive Director Sharon Kelly and her grown daughter, Susanne.

In the Kelly household, saving lives and serving women became the family business in 1995, when Sharon’s heart was moved by a Sanctity of Life Sunday sermon in their home church.

Sensing a deep conviction to take action, Sharon began talking with a fellow church member who revealed she was was equally stirred to begin serving women and families in the area with life-affirming help.

Since the closest pregnancy help location was 30 miles away, Sharon helped organize a steering committee that resulted in LifeLine Pregnancy Help Center seeing its first client in 1997.

“I think the key thing is prayer,” Sharon said. “Even before we opened, we had prayer meetings, just asking God to lead the way, open doors, shut doors and lead us into what He wanted us to do. And He did, beyond what we could even imagine.”

Back then, Sharon’s typical day consisted of working on the monthly newsletter, making plans for upcoming events, and making sure 4-year-old Susanne always had plenty of crayons to play with.

“It was always enjoyable for me. It was fun,” Susanne said. “I loved the people, I loved the environment, and it really gave me a love for the pro-life movement, which is one of my biggest passions now.”

Susanne’s passion began in those early days, particularly with the center’s annual Walk for Life event, where she raised as much as $2,500 one year, and consistently turned in four-digit donations.

“Once I got older, to when I could do things, I would help them with the newsletter, stuffing the envelopes, just little things like that,” Susanne said. “The first time I really got involved was with our Walk for Life. There was always an incentive for your age group, and I loved helping out the center too.

“It was a great experience that ‘little me’ could do something so big for the center.”

As Susanne has continued to grow, so has the ministry her mother has poured her life into.

Last year, Dr. Novembre relocated them to their current facility in May, after he was unable to sell the building and sensed that God was moving him to devote it to the center.

Off to college at North Greenville University in Tigerville, South Carolina, Susanne was active in her campus Students for Life group, and served alongside area centers, allowing her to develop a well-rounded understanding of pregnancy help organizations.

Watching her mother establish the family business was a motivating factor for Susanne, who graduated with her degree in psychology in December.

“She has been the most wonderful example of living to her word,” Susanne said. “She’s kept a very good balance of work and life and family. I never felt like her work was taking us over. I never felt like she brought work home with her.”

Susanne starts an new position Monday at Davie County Pregnancy Center, just up the road from her hometown.

“You can’t put words to it,” Sharon said. “She saw that I lived what I spoke for. I didn’t just say something, but I did something about it. She’s picked that up, and she’s already shown great leadership skills.

“God is going to use her in a big way. That’s been my desire and her dad’s desire, that God would just use her for whatever He has.”