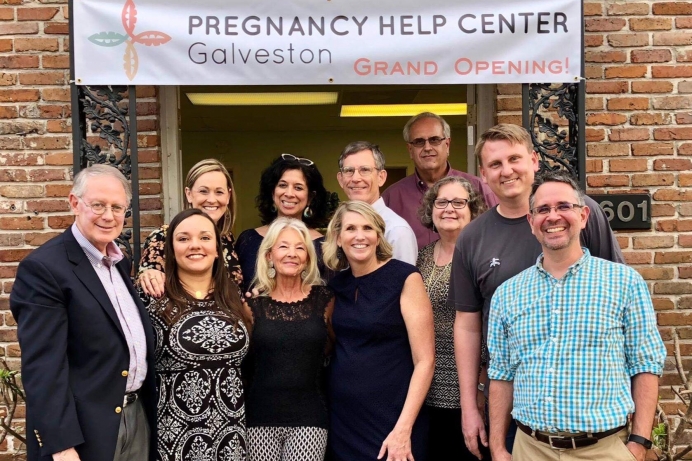 When "Amber" showed up at The Pregnancy Help Center of Galveston, she had one thing in mind: She’d had an abortion before, and she was considering having another.

Insistent that she had no regrets from her first abortion, she told Julie Johnson, executive director, that she couldn’t possibly have raised her first baby.

Not even a year into her job as executive director of the brand new pro-life center, Johnson prayed for the right words to say to the young woman before her.

“Well you know, I’m not trying to put something on you that isn’t there,” she began. “But sometimes, people do feel relief right [after having an abortion] because they’re in a circumstance that’s really hard and [the abortion] is a way out of it.”

“But as time goes on,” she continued. “They start to feel more regret and shame from that.”

“Is that why I cry all the time?” she asked. “Whenever I think of the baby, I just cry and I don’t know what’s wrong with me.”

By the time Amber left her appointment, it still wasn’t clear whether she would choose life for her baby. Johnson sent out an emergency call to prayer to the center’s network of supporters and waited. Two weeks went by and Johnson received a phone call. It was Amber. Not only did she plan to parent her baby, but she also wanted to sign up for H.O.P.E., the center’s 12-week series of parenting classes.

“I was so scared to not make her feel judged—yet still trying to reach her heart, and God did it,” said Johnson.

Since opening nearly one year ago last March, The Pregnancy Help Center of Galveston has served more than 140 clients like Amber. With 659 abortions occurring in Galveston County in 2015 (the last year on record) and three facilities performing abortions an hour’s drive away in Houston, the pregnancy center’s life-affirming services are certainly needed in the tourist destination.

“We’re very focused on the mom and the dad and what their needs are,” Johnson said. “If they choose adoption, we’re gonna love them through that. If they don’t choose either [adoption or parenting], we’re still gonna love them if they have to come back. But we have to help them to find out what the obstacle is to choosing one of those other two options. Our whole goal is to love them.”

Offering free pregnancy tests, options consultations, parenting classes, and material items (such as maternity clothes and diapers), the island pregnancy center has acquired a faithful band of supporters to meet that goal.

Last year, over 200 people came to the center’s grand opening and ribbon cutting on March 19.

“I was just hoping somebody would come—and it was so packed,” said Johnson. “So the community has definitely embraced us.”

Along with the local community, Heartbeat International—a global network of 2,600 pregnancy help organizations—has lent major support to the new center, granting Johnson a scholarship for training at Pregnancy Help Institute last summer; a $5,000 check designated for general operating expenses; and now, Life Launch, a $30,000 matching grant designed to inspire a new wave of pregnancy help centers in under-served parts of the U.S. 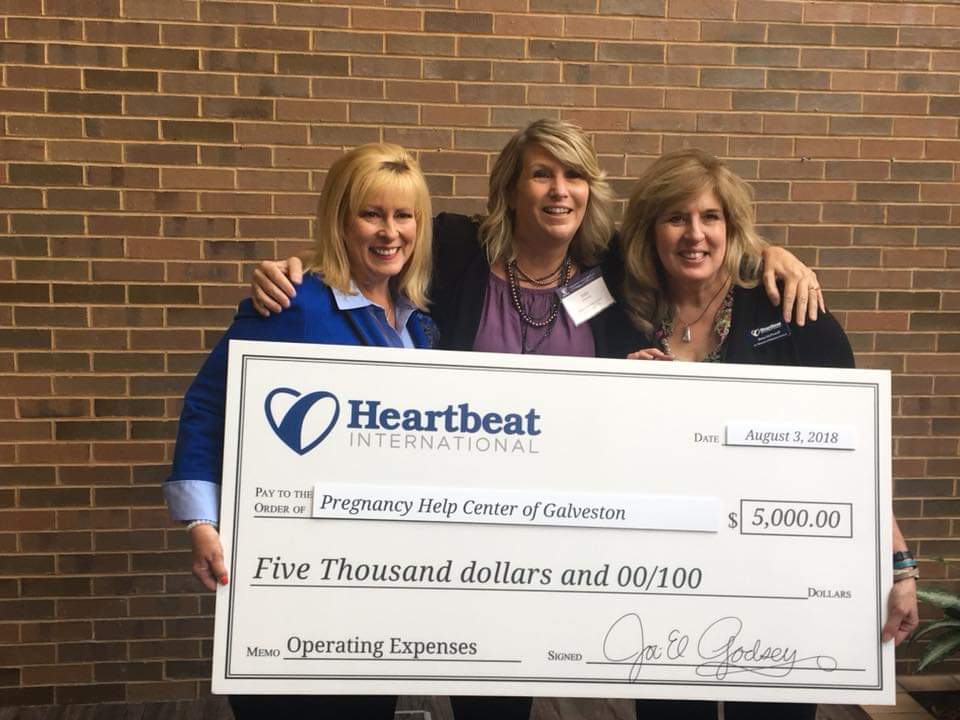 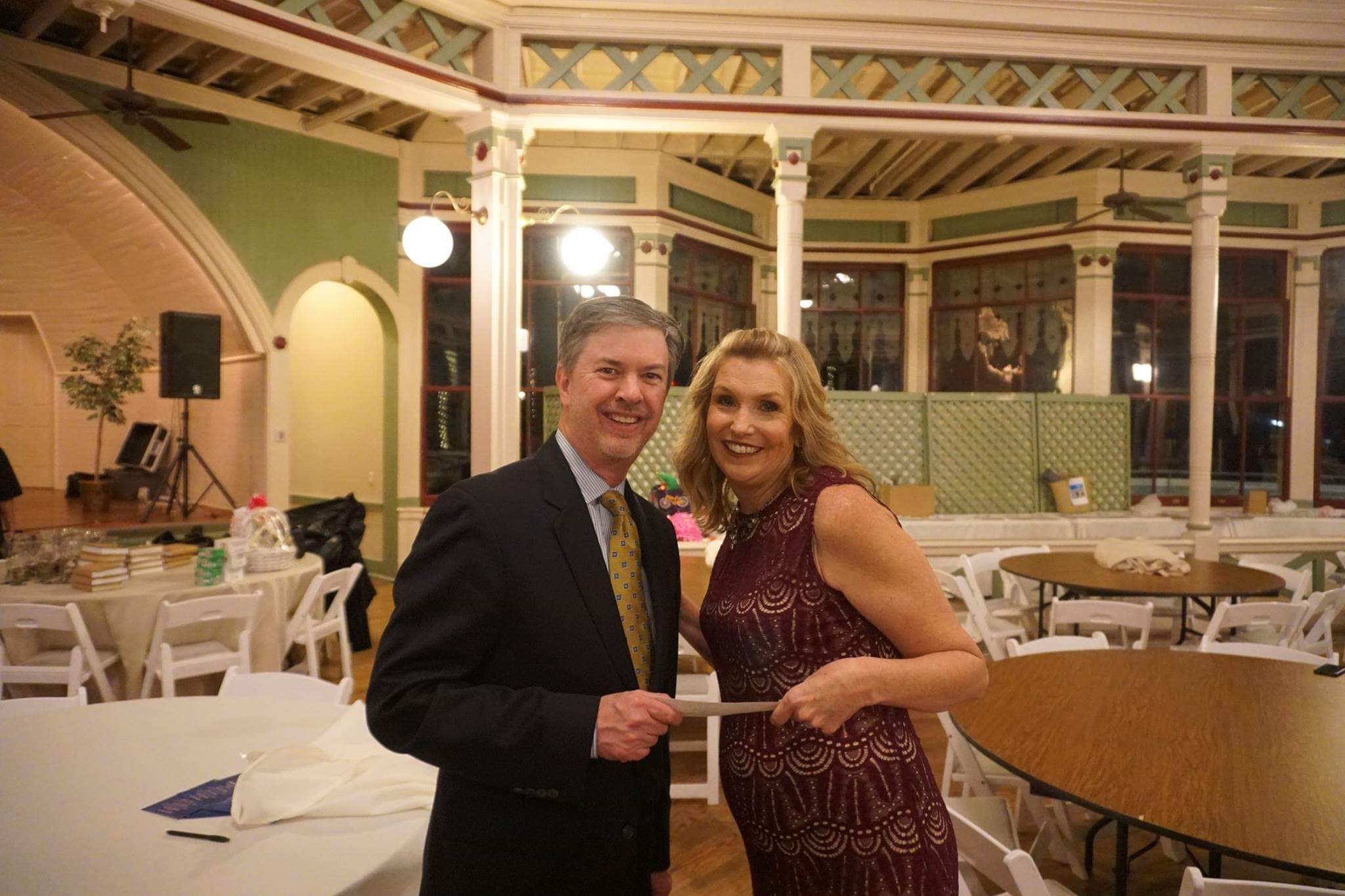 “Heartbeat has blessed us tremendously,” Johnson said. “I can’t even begin to tell you how grateful I personally am and the whole board is. It just gives us a lot of validation when I’m going around and speaking at different churches and different places, that we received the Heartbeat International Life Launch Grant. It just adds validity to who we are and what we’re doing.”

With the addition of the Life Launch funds, Johnson is hoping to hire two nurses as she adds ultrasound scans to their list of services, converting the center to a medical clinic later this year.

The hiring of those two nurses will further bolster the center’s medical credentials, adding to the wealth of experience Johnson herself has as a former labor and delivery nurse.

Johnson first heard the call to serve in the pregnancy help community while sitting in church one Sunday, listening to a speaker share volunteer information on a new pregnancy help center that would be opening in the coming months.

“My heart actually was pounding as they were talking about this center,” Johnson said. “I was like, ‘Oh my gosh, I don’t know what is happening, but this is so exciting because I love Jesus, I love the sanctity of life, I love helping new moms and new families, and I was a single mom and I’ve been in a situation where I really needed help.’ So it just seemed like the perfect fit for me.”

The brainchild of a local pastors group called Christ Together, The Pregnancy Help Center of Galveston would be the island’s first pregnancy center and the only one within a 30-mile radius.

Inspired to play a role in its mission, Johnson attended the volunteer training led by The Pregnancy Help Center of Brazosport, a nearby organization that has served as a sponsor and mentor to the budding Galveston ministry. There Johnson learned that the center was still in need of one crucial component: an executive director.

Conflicted because she already had a job she loved as a nurse, Johnson submitted her resumé and prayed.

Maybe there’s someone else out there who really needs this job, she thought, second-guessing her application. She knew she wanted to be involved, but decided it might just be on a volunteer basis.

With those thoughts in mind, Johnson called The Pregnancy Help Center of Brazosport to withdraw her application. When she hung up the phone, she looked at her husband, Butch.

“I don’t know I just feel sad—I was so excited,” she said.

After some back and forth and “what ifs” with her husband, Johnson called the center back and asked to keep her name in the pile for consideration.

“If there’s somebody else out there [for the job], God will make that known,” Butch told his wife.

By December 2017, Johnson was hired and would spend the next couple of months absorbing all should could to make a difference in her new role.

With education being a major service provided by the center, Johnson’s medical background and passion have helped her to empower her clients with what one father charmingly described as “nurse lingo.”

Drawing upon her knowledge and experience, Johnson has orchestrated the center’s H.O.P.E. parenting classes to offer that and more.

A free 12-week program consisting of three phases, H.O.P.E. offers information on subjects such as childbirth, newborn care, breastfeeding, postpartum care, finances, and career skills. Taught by professionals such as nurses and doctors, H.O.P.E. rewards clients with helpful course-related items (such as nursing pads and creams for the breastfeeding class) for completing lessons and graduating from each of the program’s three phases.

The weekly class is complemented with a bible study and a meal provided by a rotation of local church groups.

In the last year, 17 clients have graduated from all three phases of H.O.P.E., and 30 students have graduated from at least one of the three phases. The program has served clients with a range of experiences. Some have been to jail. Some have committed murder. One woman was homeless when she first came to the center. Child Protective Services has referred a number of younger girls to participate in the classes, as well.

“It’s just crazy to see God moving in their lives and true transformation of people and parents,” she said. “I feel like God must really, really care about this ministry because I have never been a part of or witnessed the miracles that he has done in that place and the way that he has provided and the way that He just seems to be in every detail.”

“The very next day I got a phone call from this girl, and she was like, ‘We just got a grant to teach parents infant CPR and we were wondering if you needed it,’” Johnson recalled. “I was like—’Are you kidding me? Yes, I need it!’”

“That has happened so many times—I mean, that’s just one of so many stories where He has provided,” she said. “That scripture—’Before you even ask, I know what you need’—it’s true. I don’t know why it surprises me so much, but it does because I have just never experienced it as much as I have in the last year—His faithfulness and goodness to us and our clients. So it’s very exciting to be a part of it.”

Tweet This: Texas pregnancy center director: “That scripture—’Before you even ask, I know what you need’—it’s true." #prolife