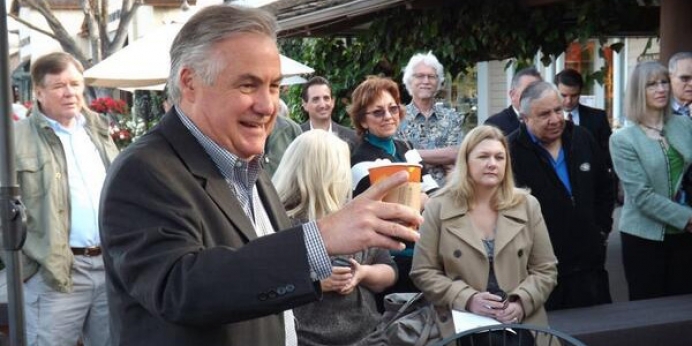 In recent years, the former Fresno mayor has also seen the state’s adoption process become more convoluted, a trend that has resulted in an 18-month backlog of stepparent adoption cases in many California counties.

The bill, if signed into law by California Gov. Jerry Brown, will mark the fourth successful piece of legislation Asm. Patterson has authored in as many years to clear up the adoption process in the nation’s most populous state.

“Families facing an 18 month wait to have their cases heard because of a confusing state law is unacceptable,” Asm. Patterson said in a press release late Monday. “California families willing to open their hearts and their homes to kids shouldn’t have to suffer through bureaucratic delays. This bill will help to ensure that doesn’t happen.”

In addition to clearing up language in the state’s adoption code governing the adoption process for stepparents, AB 2872 refines paperwork requirements for hospitals discharging babies to prospective adoptive families and ensures hospitals and Child Protective Services are clear on which is necessary for releasing a child into the arms of an adoptive family, according to the press release.

Asm. Patterson, who helped established a pregnancy center in Fresno, introduced a 2015 bill to defund Planned Parenthood from California in the wake of the Center for Medical Progress’ undercover work exposing Planned Parenthood’s widespread, illegal trafficking in the body parts of aborted babies.

Having adopted each of his now-grown children through three distinct processes—including one from a rescue effort at the tail end of the Vietnam War—Asm. Patterson has committed himself to reforming the adoption process in California since his election to the Assembly in 2012.

“These are the types of measures that, though they may not grab headlines, will have a true and lasting effect on children and families for years to come,” Jor-El Godsey, president of Heartbeat International, which has 78 pregnancy help affiliates in California—including four Bethany Christian Services nonprofit adoption agencies locations—said. “Every child deserves to be welcomed into a loving home, and this legislation is another step forward in making that vision a reality.”