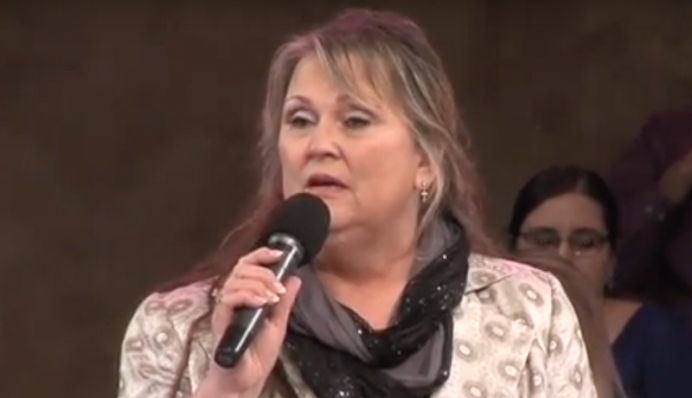 If you had told Candice Keller 10 years ago she would run for the Ohio House of Representatives, she probably would have laughed you out of the room.

A wife and mother of two boys, Keller never really envisioned herself a lawmaker. But, following an unforeseen pathway seems to be an emerging pattern in her life.

Currently in her ninth year as executive director for Community Pregnancy Center (CPC) of Middletown, Ohio—one of the largest in Southern Ohio with two locations, four paid staffers, and 42 volunteers—Keller was something of an unwilling participant when she was first called to her current post.

“We used to be at another location, and I used to run in and get my walk packet and leave because in my mind I thought ‘If I go in there, they’re going to make me work there,’” Keller said. “I don’t know who I thought ‘they’ were—like the mafia was going to get me and make me work there.”

Even after coming on board with CPC—without any influence from the mafia, it turns out—she felt deeply unprepared. But, she knew this step meant she would have to walk by faith more than ever before.

“I thought the Lord had made a huge mistake and I told Him so frequently,” Keller said. “I don’t know why He chose me for this because I’m completely unqualified.”

However, it became clearer that she was meant to be there, and Keller recalls miracle after miracle that has happened during her tenure as executive director.

Once, there was a girl coming into the center who was 15 years old, set on abortion. The ultrasound technician needed a monitor so the girl could see her baby for herself. Keller asked when this girl would be coming in and the response was “two hours”.

So, she scrambled to find the $500 and go to a neighboring town to buy a screen, even though she didn’t even know where to go buy one. No stores carried the screen and it would have to be ordered even though they needed one in two hours.

Back at the center, Keller was reflecting, praying, and crying, when one of the board members came by. He asked her what the problem was, and she described the type of monitor they need.

Another time, Keller went to a church conference where the minister was an urban missionary. When he said he was in need of an ultrasound machine for a pregnancy center in North Carolina, Keller prayed, believing that if the Lord could provide one for her center, He can do the same for the North Carolina center.

Later that night, Keller’s phone lit up with a text message from an unknown number. The first line of the message said, “Do you need an ultrasound machine?”

When Keller got started into politics at the recommendation from a friend, she wasn’t sure what she was getting into. She began as a Central Committee member, representing her entire precinct as delegate.

Then, Keller found out that her district’s State Representative retiring. She decided now would be the time to run—even though she has made some enemies along the way, including those within the state’s Republican party who have shied away from her positions on some pro-life policies.

Keller hopes her journey to the statehouse would benefit Ohio’s “heartbeat bill”, which would make it illegal to abort baby when a fetal heartbeat is detectable, as early as six weeks.

Introduced for the third time in 2015, the bill passed through Ohio’s house, but has since stalled at the state Senate.

Although the journey has been a long one from stay-at-home mom to House of Representatives candidate, Keller sees the hand of God every step along the way.

“You can see throughout your life that the Lord prepares you for the thing He wants from you,” Keller said.

Keller is campaigning through Ohio in the lead-up to the state’s March 15 primary, followed by the general election Nov. 8.

Check out where candidates in your area stand on the issues at www.ivoterguide.com.