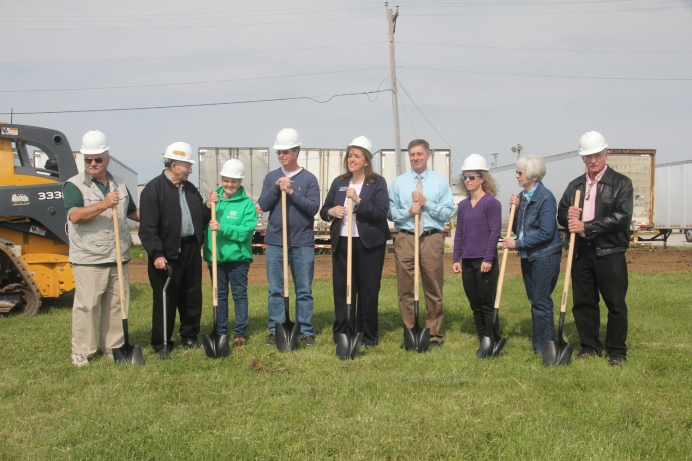 A strategic planning meeting during the summer of 2014 sprouted the vision of a building campaign for Illinois-based Relevant Pregnancy Options Center. Three years later, that vision is nearing reality.

While the timeline is taking shape in the latter stages, the plan as it stood a year ago took an unexpected turn that ended up shaving off two years from Relevant’s three-year plan.

After pitching the three-year plan at a 2016 spring fundraiser, executive director Tricia Blasdel and other leaders at the center were notified they would need to relocate much sooner than expected.

After an immediate search for a temporary space convinced Blasdel and her team that renting a new space was out of their immediate price range, they began contacting donors in the construction industry. In time, Relevant agreed with a contractor to build its new facility at a lower-than-expected cost, while a donor gave the land on which to construct it.

Within a week from those gifts, Relevant had raised an additional $150,000 toward the purchase and renovation. Groundbreaking commenced May 8, with a plan to finish construction at the end of August.

“We knew God wanted this ministry to continue and we knew He was leading us in the direction we were to go,” Blasdel said. “We’re really excited. We’ve seen God’s hands in this ministry over the years.”

Located in Highland, Ill., near St. Louis, Relevant Pregnancy Options Center is within a 40-minute drive of Missouri’s lone free-standing abortion clinic and 30 minutes from the closest abortion provider in Illinois.

During the past five years, the center has blossomed, from 800 client visits in 2012 to 2,300 in the past year. That growth was the main factor in Blasdel and her team piecing together a three-year proposal that suddenly became a one-year plan.

At 4,500 square feet, the building will have enough room to serve Relevant’s clients with options counseling, parenting and abstinence classes, as well as life skills programs and a material aid boutique. The center also offers a fatherhood program and a post-abortion ministry, while providing same-day referral for patients to a nearby physician who volunteers her ultrasound services for free.

“We almost tripled our numbers,” she said. “We were running out of space, and privacy for some of our programs was becoming a concern.”

Tweet This: #prolife ctr in #Illinois has tripled client load in past five years. @wyoauthor1

In Illinois, nearly 40,000 abortions took place in 2015, according to a report issued by the Illinois Department of Public Health. As of 2014, there were 40 facilities that performed abortions in the state, an eight percent increase since 2011, even though the number of reported abortions in Illinois seems to be decreasing.

As a growing number of abortionists are shutting their doors around the nation, Blasdel and others, who are part of a coalition called Vision 2020, are doing their part to see that trend mirrored in Illinois.

A major part of the goal—which is to end abortion in Illinois by 2020—has everything to do with centers like Relevant. Pro-abortion lawmakers in the state have taken notice of the pregnancy centers’ effectiveness, passing a 2016 law that threatens to force pro-life medical professionals to refer their patients for abortions.

As that law is being challenged in the courts, Relevant and others are staying on task serving clients with life-affirming options.

“We have a vision to see all abortion clinics in Illinois shut down,” she said. “We’re committed to making a stand for life and stand with the centers in our state.”

Previously housed in a 3,000-square foot building and now in a temporary location while the construction commences, Blasdel looks forward to moving to a larger facility. The center, which began nearly 23 years ago, serves between two to six abortion-minded women a month, a number Blasdel hopes to increase.

The increased space should be a help, both in terms of privacy and setting, putting more space between counseling rooms and the baby boutique, for example, while carving out a separate area for the fatherhood program. In addition to the new space, a newly revamped online marketing effort is being put into place to bring Relevant into an exciting new season of ministry.

“There’s a lot of opportunity for this ministry,” Blasdel said. “We have a big county plus there are the colleges, several colleges within our 30-mile service radius. The awareness – that helps increase our visibility and exposure to the community and beyond.”