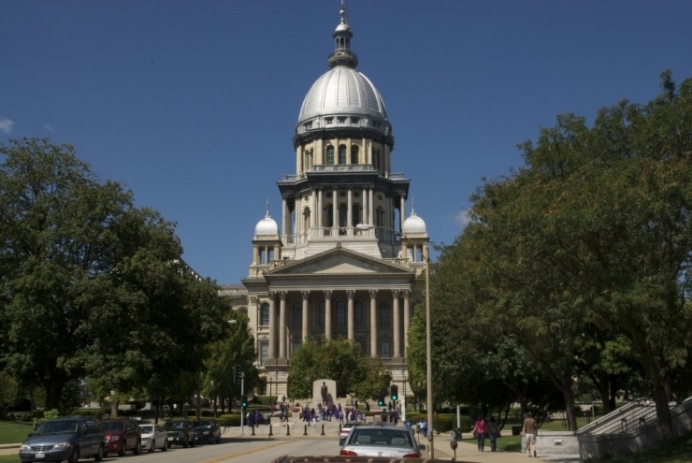 The Land of Lincoln took one more step toward passing legislation its citizens say would “trample” the rights of conscience for pro-life healthcare workers, including those in pregnancy help organizations, Tuesday, as a committee passed along the amended version of the Health Care Right of Conscience Act in Springfield.

Passing along the bill with a party line 8-5 vote, the Human Services Committee cleared the way for the bill—which has already passed the Senate—for an upcoming session of the Illinois House of Representatives.

Garnering 341 supporters by the time of Wednesday’s hearing, the bill was opposed by 1,928 Illinois opponents, who were represented by Americans United for Life’s Anna Paprocki and Debbie Schultz, founder and executive director of Springfield-based Lifetime Pregnancy Help Center.

“This bill would require pregnancy center workers to violate our core mission by referring mothers for abortions or distributing information on where to obtain an abortion,” Schultz said in the hearing. “It would also force us to discuss the so-called benefits of abortion. This directly tramp[les] on our rights of conscience as healthcare providers and our religious believes."

During the hearing, the bill’s proponents, including the bill’s sponsor Rep. Robyn Gabel (D-18th) and the American Civil Liberties Union, repeatedly asserted that the proposed legislation would not require a pro-life medical provider, including any of the state’s 46 pregnancy medical clinics, to refer for or participate in abortion.

After denying that the law imposes any “new mandate” in Illinois, ACLU’s counsel, Lorie Chaiten, and committee members argued alternatively that the bill was “not about abortion,” that it was “about accommodating religious belief,” and that “we have to detach the moral pro-life, or pro-choice, or what have you.”

Meanwhile, Paprocki, Shultz, and pro-life committee members Rep. Peter Breen (R-48th) and Sheri Jesiel (R-61st) pointed to the wording of the proposed legislation, asserting that the language of the bill itself (below) tells a different story:

During questioning, Rep. Breen asked Schultz—in her seventh year at Lifetime Pregnancy Help Center—if the bill may cause life-affirming centers like the one she leads to be shut down, to which she replied, “Right.”

Tweet This: "This bill is intended to shut down Illinois' pregnancy centers, not to protect patients." Rep. Peter Breen

“Today's hearing showed clearly that this bill is intended to shut down Illinois' pregnancy resource centers, not to protect patients,” Rep. Breen said following the hearing. “The other side admitted today that this bill would impose a sweeping new mandate on every pregnancy center, doctor's office, pharmacy, and hospital in the state.

“We've been told by a bipartisan group of Congressmen that Illinois risks its federal health care funding if it forces health care workers to participate in abortions. The General Assembly should reject this dangerous and invasive measure."

As the committee called for a vote and members questioned witnesses on both sides of the bill, Rep. Flowers argued that the statement included in the Hippocratic Oath to “do no harm” compels healthcare providers to participate in abortive services.

Paprocki responded, “this law does is actually forces a lot of doctors to violate what they believed when they took the Hypocratic Oath, of ‘doing no harm’ to their patients by promoting and facilitating a procedure that harms them and their child."

In response, Rep. Flowers admitted she had not read the bill, then cast her vote for the legislation to move forward to the House of Representatives.

A date for the bill to be heard on the House floor has yet to be announced, but will likely come before the end of May, when the state’s 99th General Assembly session comes to a close.