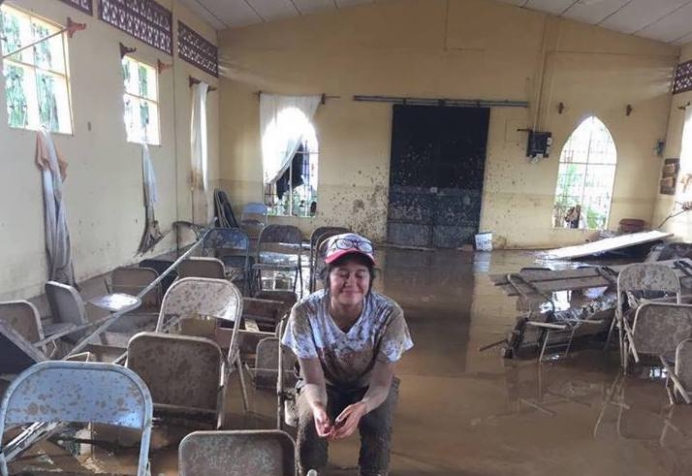 Sweeping through parts of Panama, Costa Rica and Nicaragua late last week, Hurricane Otto has left at least 22 dead and caused upwards of $21.7 million of damage in the three Latin American nations.

In Costa Rica, where at least nine have died, among the survivors left picking up the pieces is Esthercita, the director of a local pregnancy center in Upala that was demolished in the storm.

For Esthercita, the loss—including her home, pregnancy center and church building—was the latest in a string of tragedies that have seemed to follow her since the birth of her daughter this August.

Just two weeks after their first daughter was born, Esthercita’s husband was killed in an automobile accident. Then, this Saturday, two days after Hurricane Otto tore through the buildings that housed her life and ministry, Esthercita’s grandmother died unexpectedly.

“She lost everything,” Melissa Heiland, president of Beautiful Feet International, which has helped establish the center, said. “This woman has just had one tragedy after another. I think it’s just shock mode for her right now.”

Heiland, whose organization oversees seven centers in Costa Rica, has been in contact with Esthercita via Facebook Messenger. A pastor on Beautiful Feet’s advisory board is driving out Monday to visit with Esthercita and her mother, Esther—whose mother died Saturday night—to help assess the damage and care for the family.

Tweet This: Costa Rica #prolife ctr director enduring one tragedy after another, including Hurricane Otto

Beautiful Feet is also sending out a van with material aid—everything from mattresses to dishes—to help Esthercita, her mother and three-month old daughter ride out the crisis.

“Obviously, everything at the center is going to need to be re-done,” Heiland said. “They have nothing. It’s hard to even figure out the best way to help when it’s literally a disaster. The needs there are tremendous.”

The center had opened two years ago with Esthercita at the helm. Her mother, Esther, leads the church that was destroyed, and has been a volunteer since the center’s inception.

Prior to the storm, the center offered free pregnancy tests, options and parenting consultation through the first year of the baby’s life, and incentive-based parenting curriculum.

“My first concern is helping make sure Esthercita and her baby are safe,” Heiland said. “Of course we want to take care of the center and reopen, but right now, I just want her and her newborn baby to be safe and have what they need to eat and sleep and survive.”

You can stay updated on Esthercita and the Upala center at Beautiful Feet’s Facebook page here.