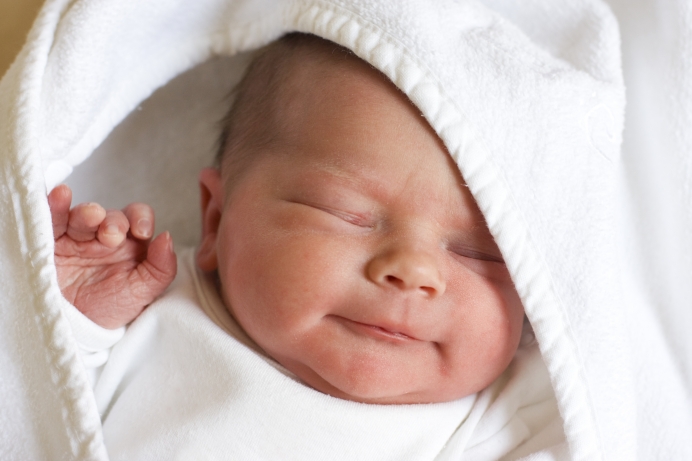 How the Nature of God's Mercy Fuels Our Life-Saving Work

They’re an unruly, stubborn bunch to lead through a wilderness. Their constant whining about food and water is bad enough, but then on top of that, there’s the incident of the idolatrous Golden Calf.

Yet Moses wants more than anything for God to receive glory through His people. He doesn’t even want to enter the Promised Land unless God goes with them.

The Lord assures Moses He will go with the Israelites.

Then Moses asks God to show him His glory, to which God consents—but because Moses cannot see His face and live through it, God shows Moses a cleft in a rock where He will put His hand over him until He has passed by.

Heart pounding out of his chest, skin clammy with perspiration, Moses peeks out from the cleft to see the back of God as He goes by.

That’s an astonishing experience—but the next day, something even more remarkable happens.

Early the next morning, Moses follows the Lord’s instructions to come back up Mount Sinai alone. God has promised to make His goodness pass before him, and to proclaim His name to him.

We aren’t ancient Hebrews, so we don’t necessarily catch the significance of this on the surface.

To proclaim one’s name was a matter of extreme importance in the ancient world. It was to define one’s character. It was a profound revelation of the nature of a person.

Back when God spoke to Moses out of the burning bush, He called Himself, “I Am who I Am.”

Now God is about to reveal to Moses—and through the Scriptures, to all of us—something more clearly defined about who He is.

“The LORD descended in the cloud and stood with him there, and proclaimed the name of the LORD. The LORD passed before him and proclaimed, ‘The LORD, the LORD, a God merciful and gracious, slow to anger, and abounding in steadfast love and faithfulness, keeping steadfast love for thousands…’” (Exodus 34:5-7)

He proclaims His name, and thus His character, as, “The Lord, the Lord, merciful…”

The first adjective which God uses to describe His nature to human beings is “merciful.”

That takes my breath away.

So what does this revelation of God’s character have to do with pro-life ministry?

Interestingly, the Hebrew word for merciful (rachûwm) is related to the word for womb (rechem).

God is neither male nor female; He is Spirit, and possesses both masculine and feminine characteristics.

The first way God describes His nature to us in His Word is to emphasize a character quality we might consider feminine in nature.

This demonstrates at least three truths:

First, God chose to emphasize His compassion and nurturing care as the primary thing He wants us to know about Him.

Second, both male and female are created in God’s image, and He values the worth and dignity of each.

And third, the human womb is a living picture of the very nature of God.

Think of it. A womb surrounds and protects a preborn child. Life flourishes as oxygen and nutrients are received.

A womb is warm, safe and secure. It encompasses a baby until her or she is ready to be born.

It is a sanctuary.

“The Lord, the Lord, a God merciful and gracious…”

Like the womb, God is our refuge. Our hiding place. The ultimate safe space.

His first nine months in our world were spent there, surrounded by his mother’s warm tissues and encompassed by His Father’s tender care.

Tweet This: The womb is a living picture of the very nature of God. #Abortion is an attack on God himself. @SusanneMaynes #prolife

Given that the human womb provides a word picture of the very nature of God, and that Jesus Himself grew and developed there, how can we possibly invade such a sacred space and desecrate it by means of abortion?

By marauding the womb, we trample on God’s great mercy.

Like the proverbial pig trampling on pearls, abortion fails to understand, appreciate and honor God’s grace toward us—His patience, His love, His faithfulness.

Like the Israelites who enraged both God and Moses with their idolatrous calf worship, we take matters into our own hands and rationalize why it’s okay to do so.

This adds a whole new layer of “wrongness” to abortion, doesn’t it?

It also adds a whole new element as to why the work of pregnancy centers is so vital.

We reach out with compassion so that lives are spared, heartache is averted and the womb remains a sanctuary.

We do this because we have come to know “The Lord, the Lord, a God merciful and gracious.”

May His name continue to be glorified in all we do for the cause of life.