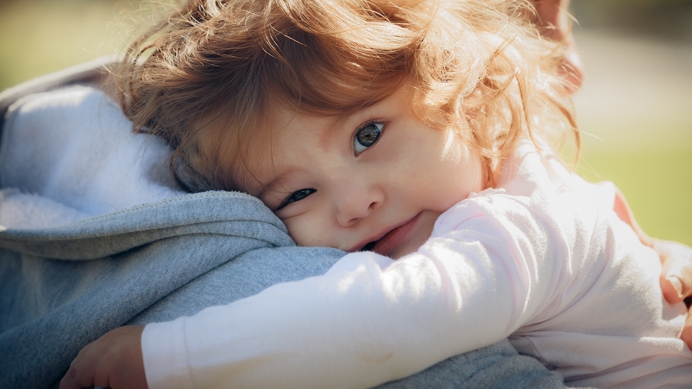 How the Loving Work of Pregnancy Centers Rescues Parents, Not Just the Preborn

The young teen fidgeted with a strand of her hair. “If I’m pregnant, it’s too early for it to be a baby yet,” she told me. “When a pregnancy starts out, it’s a parasite. Then later, it turns into a baby.”

“That’s interesting,” I responded. “Where did you get your information?”

She wasn’t sure. We talked further. By the time she received her negative test results, this under-educated young woman was amazed to discover some facts about human DNA and fetal development.

Every day in your center, young women come in, indoctrinated by worldly ideas. Lacking a solid Christian worldview based on Scripture, most people will unconsciously weave together a philosophy based on what they‘ve seen or heard on TV, in social media, in the secular classroom, and among their peers.

It may not always be as off the mark as believing a fetus starts out as a parasite, but the belief systems people cobble together in our syncretistic society can be quite remarkable.

The teen or twenty-something who walks through your doors has never known a world without legalized abortion. She may equate legal with moral and likely believes abortion is okay in certain circumstances (or maybe anytime, since she has been told abortion is a women’s rights issue).

She believes we should not judge people’s behavior and choices—that all religions are basically the same, and worldviews are merely a matter of preference. In other words, she has bought into relativism, the idea that there is no absolute truth upon which she should base her decisions.

With regard to morality, she’s been told that sex should be no-strings-attached, no regrets, free and easy—that there’s no shame in expressing yourself sexually however you want to.  (Sadly and ironically, she feels plenty of shame if she fails to properly use birth control). To her, sex provides a brief moment of connection, but she has not found it to be very special or meaningful.

She doesn’t have high hopes concerning marriage, either; her own parents may never have been married, or may have gotten divorced.  She sees sex as something that will keep a man around, at least for a while. And if that man sticks around when she gets pregnant, doesn’t hit her too often, and doesn’t end up in jail, maybe that’s as good as things will get for her.

These days, a typical client is not so likely to believe the old mantra that a baby is “just a blob of tissue.” Now that ultrasound and other scientific advances have debunked that myth, the argument has changed.

Today’s client has been influenced by abortion providers who propose that an unplanned baby is “a life worth sacrificing.” For the single mother on welfare who already has several children, abortion is touted as “a responsible parenting decision.”  And just to make sure that real guilt doesn’t derail an abortion decision, abortion providers will even feed clients the half-truth that God is a forgiving God.

This, then, is the mindset of many of the young women and men who come into your center. They are adrift, confused, and lost. They lack direction and hope. They live for the moment, without a clear idea of the bigger picture of their lives.

Your center is a lighthouse shining over dark and turbulent waters. You exist, not only to save the lives of the preborn, but also to rescue parents who are drowning in despair.

Tweet This: You exist, not only to save the lives of the preborn, but also to rescue parents who are drowning in despair. @susannemaynes #prolife

And so you invite them in warmly. You listen to their stories, their concerns, their thoughts. You offer them accurate information about the decision they face—one of the most important decisions they will make. With respect, you gently inform and educate.

You offer resources and practical help. You invest time and emotional energy by praying for each young woman and man who comes to see you. Why do you do this? In part, because you believe every human life, born or unborn, has intrinsic value in the eyes of God—intrinsic value which flows out of His love for each one of us.

This same love is the force which drives you to do what you do.

You do this work because you love God, and therefore you love those He loves.

“See what great love the Father has lavished on us, that we should be called children of God! And that is what we are! The reason the world does not know us is that it did not know him.” – 1 John 3:1

This great love which motivates your work may not always be understood or appreciated by the world—but God sees, and He is pleased.