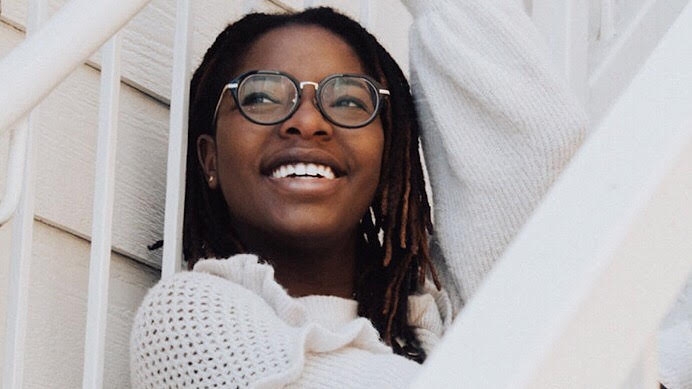 How Pro-life Pregnancy Centers See Women as Jesus Does

"When he [Jesus] saw the crowds, he had compassion on them, because they were harassed and helpless, like sheep without a shepherd." - Matthew 9:36 (NIV)

Who do we see when a pregnant woman walks into our clinic? Of course, we see the child within her via ultrasound or the protrusion of her belly—even when she has a positive pregnancy test. But, is that all we see?

Forty-year-old “Josie” recently visited our clinic. Her life was “a mess,” she said.

“I’m homeless, jobless, and had a one-night stand,” she told her Client Advocate.

When she told the father she was pregnant, he grew angry and hurled an unspeakable slur at her.

She admitted she was seriously considering abortion. She also admitted she hadn’t eaten a decent meal in several days. The advocate could hear Josie’s stomach growl.

As they waited for her pregnancy test result, the advocate talked about finding hope in a relationship with Jesus. Josie said she believed in God and at one time had made a commitment to Christ. She began to cry as the advocate shared the Gospel with her. When asked her thoughts, Josie said, “I think this is what I needed to hear today. Thank you for reminding me of God’s love and presence.”

She accepted a Bible and after the ultrasound, she agreed to meet with our resource coordinator, where she was provided with several community referrals, including counselors who accept Medicaid and those with a sliding fee scale.

Before Josie left, the advocate gave her the contents of her own lunch, bringing the woman to tears again; she gratefully accepted the food. She agreed to come back the following week for another ultrasound, and when she returned, Josie told her advocate she was emotionally “much better.”

“You all have been so kind and helpful,” she said. “I now have a safe place to live and I put in a job application at one of the nursing homes. The resources you gave me have given me more hope. I think this might be a blessing in disguise."

This advocate and our resource coordinator saw the woman as well as her unborn child, and together, they empowered Josie to have hope, courage, and strength. They saw her like Jesus.

We’ve all heard of the “Me Too” movement. Josie could resonate. A man engages her in sex, becomes the father of her child, and instead of taking responsibility, swears at her, calls her names, and then leaves her.

“Annie” could also relate. This woman had become pregnant by a man who slipped a date rape drug into her drink. She, too, was a True Care patient.

Throughout human history, instead of treating women with respect and protection as God instructs, many men have overpowered and taken advantage of the opposite sex. We see such behavior in the entertainment business, in politics, and on college campuses. Pregnancy centers, including the one at which I work, have had, and will have, sexual assault victims walk through the doors. Some human trafficking victims also enter pregnancy centers.

More and more, women are speaking out about their abuse, and their voices are being heard—as they should be. The national organization, RAINN (Rape, Assault, Incest National Network), estimates a sexual assault happens to an American every 98 seconds. Sexual harassment, sexual assault, human trafficking, domestic violence, date rape—each incident is violence against women. Many cases have been kept quiet for decades. RAINN reports that only 1 out of 4 sexual assault cases are reported, and women who are trafficked rarely have the opportunity to escape.

Jesus despises violence against women. He hears their cries, He sees the injustice. And it breaks His heart. Does it break ours?

Women who come to our pregnancy centers are broken, confused, and scared. Many put on a brave face. Others break their veneer and question their ability to continue their pregnancy. Abortion seems the solution to their problems. However, if we empower them not only with encouragement, but also with tangible resources and the love of Christ, we can be a source of strength, light, and hope for them.

Who and What Do We See?

A commercial on TV for a medication says, “See Me.” That’s what women who come through our doors are secretly saying.

Jesus saw the people. Jesus responded to their needs. He had compassion, but He also had the answer: Himself.

As we enter the Christmas season, we will likely hear the song, “Do You See What I See?” I think Christ is asking that of us. Yes, we see the unborn when we see a pregnant woman, but do we also see her?

In a recent article about a Kentucky maternity home I wrote for Pregnancy Help News, the director said, “We can’t just say, ‘Have your baby and good luck.’ We’ve got to love that mother and empower that mother to such an extent that she survives and that she can see a future for herself. And when she can see that, she’s going to make a healthy choice for her baby.”

Women need empowerment; mothers-to-be not only need to see their unborn as living human beings, but they need us to see them that way, too, just as Jesus would—and does. May the Lord who sees all and has compassion for all guide us in seeing and caring as He does.

Tweet This: "Mothers-to-be not only need to see their unborn as living human beings, but they need us to see them that way, too, just as Jesus does."