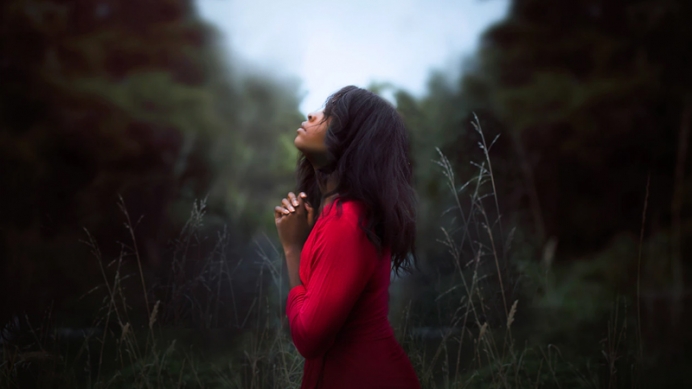 The banquet room was full of enthusiastic supporters inspired by the program and enjoying their meal. Before we brought up the main speaker, we introduced a special young woman.

“Carley” had come to us one year earlier. She and her boyfriend were strongly considering abortion because of their struggles. Both were trapped in a partying lifestyle. Money was in short supply, and fights were frequent.

How could a baby possibly fit into this picture?

After learning about abortion procedures, talking out their situation with us, and seeing their baby on the ultrasound screen, Carley and “Ben” changed their minds.

Much to the delight of everyone in the banquet room, Carley brought her little girl up on the stage to introduce her.

Later, after the dinner, I chatted with her and Ben. He turned and beamed at his infant daughter, then turned back to me saying, “Best thing that’s ever happened to me.”

Wonderful, right? Yet the audience didn’t even hear the whole story that night.

When Carley first came to see us, we’d had a significant conversation about the spiritual part of life.

Carley’s mom “Leanne” had been attending church and talking to her daughter about her new-found faith. Leanne was a single mother who struggled with addictions, yet now Carley saw a new joy and hope in her mother’s eyes.

She wanted to know more about Jesus.

So we talked about the gospel (the good news about Jesus)—how He died on a cross to pay our sin debt so we could be adopted into God’s family. How we can do nothing to earn God’s favor, but must acknowledge our need for His rescue. How His grace transforms us from the inside out and empowers us to live a new kind of life.

Carley was ready. Right there in our little consultation room, she received the gift of salvation by faith in Christ.

Sometime later, Ben came in to talk to me. He had seen the change in Carley, who was leaving behind the partying life, and he realized his friends were pulling him in the wrong direction. He wanted to take the same step Carley had.

Another conversation about the gospel. Another prayer. Ben joined the family of God along with Carley.

The pro-life movement seeks to rescue the preborn, but we also hope for something more. We want to spread the fragrance of Christ’s love into the lives of those who don’t know Him. We want to help others choose not only physical life, but eternal life as well.

One great example of how our work reaches out to believers and non-believers alike is the moving personal story told by author Laurie Hughes in her book, Choose Zoe.

In telling her own and her family’s story, Laurie makes a compelling case for the pro-life cause—but she also goes beyond that and invites readers to experience the abundant, divine life (zoe) available in Christ alone.

Laurie’s story touches on many aspects related to the world of pro-life ministry: teen parenting, infertility, both sides of adoption, healing after abortion, and more. Her vulnerability and confidence in the grace of God is refreshingly evident.

As a result, Choose Zoe has received positive reviews even from those who consider themselves non-religious or atheist. This was Laurie’s prayer—that her story would not only save lives, but touch those who don’t yet know Christ.

This is how the pro-life movement reaches those who are far from God. We tell God’s story. We tell our stories. We do this to offer a gift to the listener.

Sometime after Ben and Carley made their life choices—the choice to let their daughter live, and the choice to receive abundant life by faith—Carley came by the clinic. Normally outspoken and bubbly, she quieted as we entered the consultation room.

“Wow,” she said with reverent awe. “This is where everything changed.”

We stood there without speaking for a long, holy moment.

Not long after that, I watched Carley and Ben walk down the aisle and exchange rings and wedding vows. And, as a result of their story, a relative of theirs was finally able to find healing after abortion

Like the apostle Paul, why wouldn’t we want to persuade as many people as possible that the good news about Jesus is true? (Acts 26:28-29)

Jesus saves people from selfish and self-destructive ways. He mends broken hearts. He saves the unborn and delivers the addicted. He sets the lonely in families (Psalm 68:6). He restores us to what we were created to be in the first place.

He gives us real life, both now and for eternity.

The wonderful work done by pro-life organizations is a significant way to engage our culture and demonstrate who Jesus is to a broken world.

I can’t think of a greater privilege.