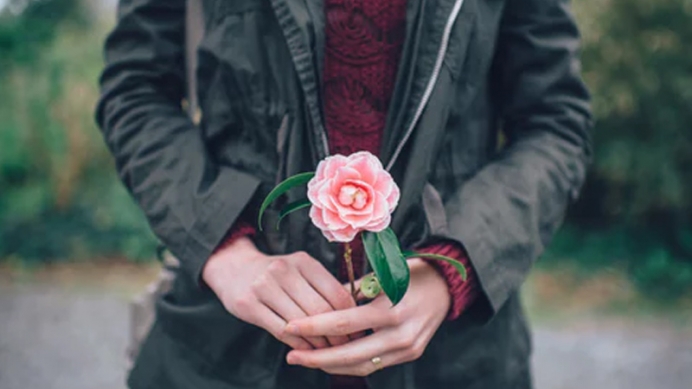 When her pregnancy options counselor tells her that the test is positive, “Chelsea’s” heart sinks. I can’t have a baby now, she thinks. It would ruin my life. I think I need to have an abortion.

Chelsea is in her twenties. She has never known a world without legal abortion. She’s been indoctrinated with the “choice” mantra all her life.

To Chelsea, abortion is simply one of three options. She assumes the decision is hers to make because this is what our culture has always told her.

She’s always heard that abortion is a woman’s right, a right whose protection she should be willing to fight for—and a right she should make use of if necessary. Chelsea believes this “choice” has been provided for her by people who care about her.

Truth is, abortion is never a legitimate option in God’s eyes—and the motive for offering it is far from true compassion.

Chelsea has no idea that God never intended her to be burdened with the crushing weight of deciding whether her child lives or dies. She doesn’t understand the depth of God’s love for every one of His image-bearers, a love which He extends to her as well as to her baby.

So she approaches her conversation with her options counselor from a completely different frame of reference than her counselor does.

Now let’s switch the scene and look at another way in which our society falsely defines compassion.

Chelsea has a teen-aged brother who is confused about his sexual identity. “Derrick” is a sensitive, soft-spoken young man who is drawn to the arts. He doesn’t really care for typically masculine activities such as sports, hunting, or fishing.

Derrick has also been indoctrinated by our culture. He’s grown up in a world of rapidly increasing gender confusion. He’s been sold a form of neo-Gnosticism, the heresy which denies the goodness of the material world and of our physical bodies.

Secular humanism gives rise to disjointed, irrational thought patterns like this by dividing that which can’t really be divided. It attempts to split human beings into two parts: the person (our thoughts and feelings) versus the body (the clump of cells we happen to live in).

Derrick has been told that his thoughts and feelings are the most real part of him. The fact that he was born with a male body is therefore irrelevant. He’s supposed to decide whether he wants to do life as a male or as a female.

If he needs to have surgery to transition into being female, that’s Derrick’s call.

What a terrible burden.

Derrick doesn’t understand that God created him to be male on purpose. He doesn’t realize he can trust biological reality over fickle feelings and irrational thoughts. He doesn’t even understand that surgery will not change things at the cellular level. (His entire DNA is male, not just certain body parts.)

Yet our culture pushes Derrick to trust his feelings, even to the radical point of gender-altering surgery—all in the name of compassion.

One final scenario: Chelsea and Derrick have an uncle who has been diagnosed with a serious type of cancer. He’s battled it through chemo and radiation, but the doctors aren’t offering much hope. They’ve told him he’s in the final stage, and feels understandably hopeless and depressed.

The family wonders whether, out of compassion, they should bring in an assisted-suicide doctor.

Chelsea’s family has been profoundly influenced by a culture which pressures us to make decisions God never put on the table for our consideration.

We were not given the gavel to determine whether a person’s life should end before their natural death occurs.

Yet we insist on offering choices like abortion, gender transition, and euthanasia as if we are wiser and more compassionate than God.

Pregnancy centers understand this. We trust in God’s wisdom. We operate according to His court of law, not a human one. We know Him to be good and loving in all His ways, and it’s His love we extend to those who are stumbling under the heaviness of decisions they shouldn’t have to carry.

Abortion providers like to present themselves as providing compassionate care, but this is an oxymoron. Abortion kills innocent persons, exploits vulnerable girls and women, and damages human communities.

There is nothing kind about it.

On the other hand, the hands-on hope and help offered by pregnancy centers is congruent with God’s design for human beings. It’s motivated by the very love of God.

Compassion doesn’t get more real than that.