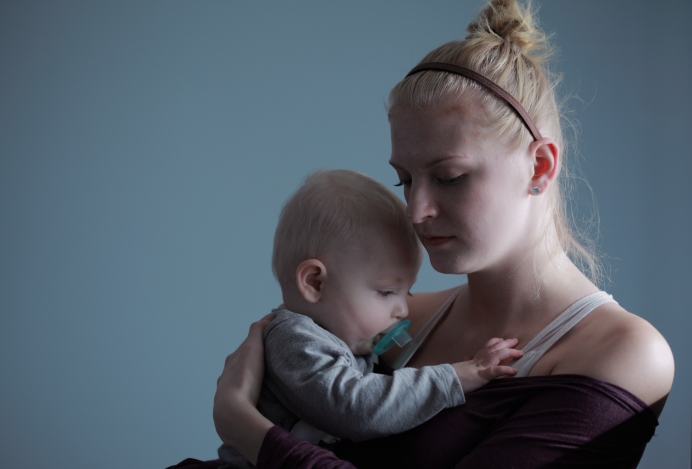 How pregnancy help clients see it

Some valuable perspective can come from those who have walked in the shoes of clients served by the pregnancy help community, and it's something good to keep at the forefront while performing pregnancy help ministry.

During her junior year at Auburn University Kaitlyn Willing found out she was pregnant.

“I knew in my heart I wanted to parent,” she recalls. But strong forces worked against her.

Her boyfriend told her to have an abortion.

“My parents didn’t think I could finish school and have a baby,” she said. “They were sad for what they thought my life was going to become.”

They told her if she didn’t abort, they’d take away her car and stop paying for college and room and board.

Willing was unsure about which way to go when a friend recommended that she go to Women’s Hope Medical Clinic in Auburn.

“It was the first place that when they found out I was pregnant they had caring concern about the pregnancy,” she said. “I was so disappointed in myself, but they weren’t angry with me.”

The volunteer at Women’s Hope showed Willing compassion and love and presented the Gospel to her.

“All that I had heard about Jesus became more tangible,” Willing said. “I think God knew what He was doing when He saved me in such a radical way.”

Willing became determined to have her baby and continue her education.

Without a car, tuition, or a place to live, and her boyfriend gone, she got a job, took parenting and pregnancy classes at Women’s Hope (Earn While You Learn) and continued her education.

“The only way I did it was through the Lord,” she said.

God reminded her that He would provide.

“I’ve never had to do without,” she noted.

An internship at Women’s Hope fulfilled her requirement to complete her degree. During training she met Will Willing, who was also in volunteer training. Soon after she had her baby, they’d started dating and were later married. Her husband adopted her son, and now they have three more boys.

When Willing’s internship ended, she continued as staff in several positions, including Event Planning Coordinator and Client Advocate Director. Since she had considered having an abortion, she was able to share personal experience with clients and also give the staff pointers on how to improve their services.

Having been on the other side of the client dynamic, Willing offered some simple ways for pregnancy resource centers and medical clinics to augment the encouragement they give to the women and men, and thus increase the number of people served.

First was to do what you can within the center’s means to make sure the its setting and things like furniture are updated to be as welcoming as possible.

“One simple change could be to have a [single-cup] coffee maker or tea, like when you walk into your doctor’s office and grab a cup of coffee,” Willing remarked. “We want these girls to feel they’ve walked into a safe-haven. It’s definitely about building a relationship.”

Willing also recommended making client trips to the maternity and infant supply room as fun an experience as possible, to help keep clients in a positive frame of mind.

She was grateful for the free supplies offered her but said that because it was “a big sterile room with wire shelving, I felt like I was at the health department getting hand-outs.”

Also be mindful that the location and visibility of the supply room can also potentially cause clients embarrassment, Willing offered.

“Ours was next to the lobby, so when people walked in, they’d see you,” she said. “I felt like I was being pitied. We moved ours and turned it into a boutique” atmosphere.”

She reminded too that, as many centers do, giving clients an opportunity to earn “dollars” to use at the boutique through attending parenting, finance, maternity or marriage relation classes helps people to feel empowered, versus pitied, making it more likely that for them to return.

Altland said their store has the typical baby items, which the clients appreciate. But to further encourage mothers to come back, she said, “We stock the store with toiletries, laundry soap, body wash, hair conditioner, and even socks.”

The women pointed to a tried and true mindset in the pregnancy help community - that focusing on the mother’s needs along with the baby’s increases the number of people who use a center’s boutique or supply room.

Start by listening, Willing said, encouraging client advocates to focus first on getting to know the client and love her where she is.

“You’re in shock when you find out [that you’re pregnant],” Willing said, “and you’re not hearing a whole lot. There is a beautiful way we can show the Lord’s love to those who are lost and broken.”

Showing God’s love means sharing the Gospel in actions and in words, she added.

“There’s a mom’s spiritual life that’s on the line just as much as the physical life of the baby,” Willing said.

Tweet This: “There’s a mom’s spiritual life that’s on the line just as much as the physical life of the baby”

Altland observed of her center’s weekly Earn While You Learn classes at the local jail that, “We do share the Gospel and they [the women prisoners] appreciate it when we share.”

Women’s Hope Medical Clinic had a large increase in the number of client interactions after taking the steps Willing had advised, opening the door for the lives of more moms and babies to be saved.

Willing is now part-time Director of Operations for Baby Steps, a non-faith-based, non-profit with the goal, according to its website of, “empowering college students at Auburn University to have their education and their babies by offering housing, support and community.” From the perspective of her current pregnancy help ministry role, Willing looks forward to the day when colleges everywhere will reach young women in school who are in need by offering the same services and hope as Baby Steps.