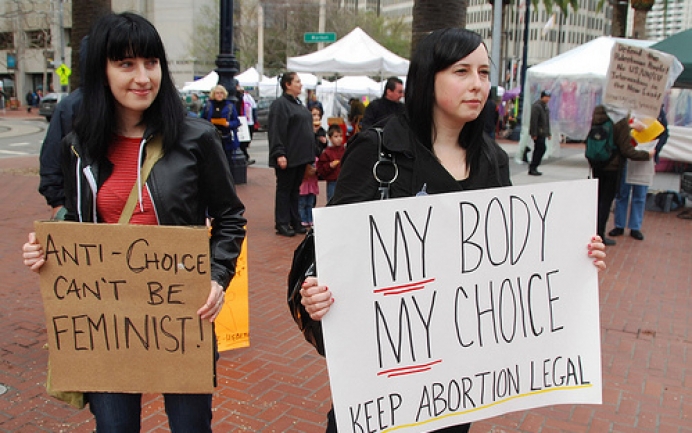 How Big Abortion Strikes Out on Choice, Access and Reproductive Health

For all the bluster about “choice,” “access,” and “reproductive health,” the abortion industry and its assorted fans in Hollywood, politics and the media have a remarkable tendency to swing for the fences and come up empty.

And that fact is becoming clearer to see every day.

Seeking to “expose” pregnancy centers that offer women the help they need to make an informed choice of their own during an unexpected pregnancy, all Lady Parts Justice League exposed was its own ignorance of the facts.

That and the Left’s steely opposition to anything that could possibly make a dent in abortion’s cultural and financial stronghold. Cash flow and cultural currency—not “choice,” “access” or “reproductive health”—are at stake, and abortion profiteers know it.

Perhaps that’s why, in addition to organizing a spate of protests like Winstead’s at life-affirming pregnancy centers this summer, abortion absolutists have upped the ante (or is it “anti”?) in their fight against “Abortion Pill Reversal (APR),” a medical intervention that can halt a chemical abortion after a woman has taken the first of two pills involved in the RU-486 abortion pill regimen.

Even though the APR network now includes over 350 physicians who credit it with having saved the lives of 300 babies in the past 10 years, pro-abortion outlets like Rewire.com and DAME magazine, as well as mainstream outlets like The Washington Post and The Los Angeles Times continue to refer to it as “junk science.”

While the research on APR is still in its initial stages—APR researchers expect to release a major paper in the coming months—the abortion lobby’s knee-jerk resistance to the process says plenty about where “reproductive health” and “choice” rank on their hierarchy of values.

Tweet This: #Abortion: Neither reproductive nor healthy. Discuss. #prolife @Hobbnobbin

(Actually, the abortion industry’s decision to couch its lethal agenda as “reproductive health” breaks down far more easily than that: “Abortion is neither ‘reproductive’ nor ‘healthy.’” Discuss.)

Meanwhile, when they’re not busy smearing the pro-life movement as closet racists or rapists, abortion-mongers like those at NARAL Pro-Choice America—an ironic name if ever there was one—are doing everything in their power to keep women headed for abortuaries from even interacting with a pro-lifer on the street.

In Chicago, pro-life advocates are continuing to fight for the right to speak with women outside of abortion mills—a fight that has gone on since 2009. Under a current city ordinance known as a “bubble zone,” no pro-life citizen can come within eight feet of any woman heading to an abortion clinic once she comes within 50 feet of the front door.

The ordinance, introduced under the “pro-choice” guise, effectively strips a woman of choice by trampling on her right to make the most informed decision possible about her own pregnancy. This strikes at the very heart of the “choice” and “access” abortion devotees claim to hold so dear.

In an Aug. 21 donor appeal, NARAL president Ilyse Hogue bemoaned the fact that Kentucky’s last remaining abortion mill, EMW Women’s Surgical Center in Louisville, may be on its way out of business.

Painting a rather drastic picture of a “mob of dozens of anti-choice fanatics trying to block the entrance” to the abortion business, Hogue later bewailed the fact that women could access a pro-life pregnancy center right next door instead of ending her child’s life through abortion at EMW Women’s Surgical Center.

In the fantasy world Hogue portrays, where peaceful protests and sidewalk counseling are depicted as a bread riot in the Soviet Union, reality holds no value.

And neither do “choice” or “access”—to anything other than abortion, that is.

Pro-Choice? Not So Much…

Because they couldn’t find anything productive to do with 10 days out of their summer, Winstead and Co. scoured the country to dig up as much dirt as they could on life-affirming pregnancy centers, which serve women with free ultrasounds, pregnancy tests, post-abortive counseling, peer counseling, parenting classes and material aid like diapers and car seats.

What we might call the “anti-anti-choice” crusade targeted over locally funded pregnancy help centers and ultrasound-equipped medical clinics across the country with online and on-site demonstrations, all focused on demonizing anyone with the gumption to offer an alternative to abortion.

Though the campaign—which one Cincinnati pregnancy center director called “underwhelming” after a handful of abortion fans picketed her center—identified over 4,000 centers on their hit list, only 40 locations were actually subjected to any sort of pro-abortion presence as part of the effort.

The crusade was doomed from the start. At its initial rally, a man and his toddler walked up on Lady Parts Justice League’s protest outside the very place where his son’s life had been rescued from abortion.

Confronting Winstead’s un-funny fiction, the man insisted that pro-abortion protesters take a look at his toddler and reckon with the fact that he was standing there because of the center’s work.

He wasn’t the only former pregnancy center client to speak up on behalf of the ministries under fire from “Expose Fake Clinics.” One mother, who chose life with the help of a Minnesota pregnancy center, actually thought the whole campaign was a joke before realizing that Winstead and her troupe actually meant business.

Another telling moment came as the campaign made a stop in Columbus, Ohio, at a pregnancy help medical clinic serving women just across a side street from a Planned Parenthood that aborts babies in a minority-heavy, low-income area.

When one pro-lifer, a pastor in Columbus, approached protesters and calmly asked why they were there and what they were hoping to accomplish, he was confronted with the same deluge of accusations against pregnancy centers that have poured forth from pro-abortion groups like NARAL for the past decade.

Rather than argue point-for-point, his response cut right to the heart of the issue. Far better to be accused of dishonesty than to be unashamedly committed to monetized killing.

Tweet This: Better to be called a liar than guilty of monetized killing. #prolife @hobbnobbin

Winstead’s campaign was followed by another planned protest at a pregnancy center, this time in Atlanta, where 150 abortion absolutists showed up Aug. 12 to register their disdain for Cura Women’s Health Clinic—an ultrasound-equipped medical clinic that has saved 180 babies from abortion thus far in 2017.

Though 150 protesters may sound like quite the crowd, it’s really not all that impressive when you realize its organizers—including Lady Parts Justice League, Reproaction and SisterSong—were pulling from a Google and Facebook-backed “Netroots Nation” conference that gathered 3,000 leftists at a downtown hotel less than a mile away from the pregnancy center.

Coming just minutes after Massachusetts Sen. Elizabeth Warren urged the same crowd to stand unapologetically for abortion, the paltry Atlanta protest may be the best indicator yet of just how much ground abortion fanatics like Warren are losing even among their own constituency.