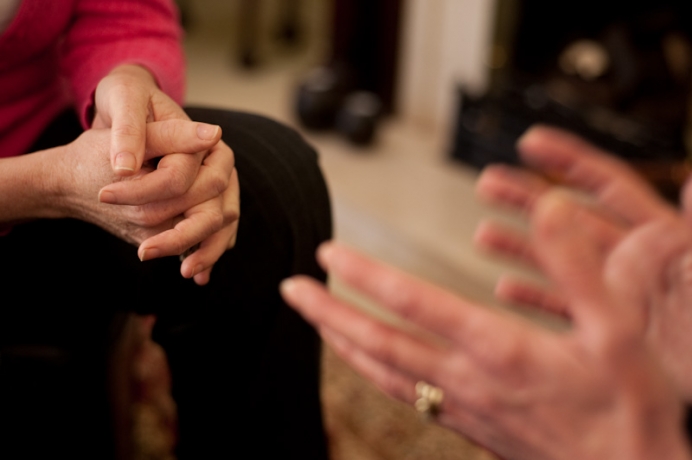 According to a recent article in the Washington Post, there’s a new trend in abortions, and it looks like nothing we’ve ever seen before.

Women who are less than 10 weeks pregnant will be treated to a “fluffy robe and a warm cup of tea” while receiving their first abortion pill.

Tweet This: Women <10 weeks will be treated to a fluffy robe while receiving an abortion pill.

What once was seen as a huge decision is now being presented as nothing more life-altering than a trip to the nail salon. Carafem’s new serene atmosphere and enticing environment offer a cozy contrast from the four cold walls of a doctor’s office.

However, as Carafem only offers the abortion pill, and not surgical procedures, their clientele will be limited.

While proudly promoting that they are not afraid to say the “A word,” with the catchy slogan “Abortion, yeah we do that,” Carafem’s approach to destigmatizing abortion is unnerving to say the least.

The organization’s website offers what it views as a clear pathway to overcome the abortion stigma:

“I know, I know; it seems like a total downer. But learning about and acknowledging stigma is actually a good thing. Now, armed with this knowledge, you can begin to turn the tide.”

But the alternate reality depicted by photos of carefree young women walking arm in arm are a far cry from the reality of a woman taking her second pill home alone and passing “blood clots”—a remarkably coy way to try to express the reality of abortion for an organization that claims to be unabashed in defining terms.

Is a “fluffy robe and a warm cup of tea” enough to make a woman comfortable with aborting her child?

Although it’s clear from the Post article that abortion centers are getting nervous about losing clientele and that many centers are even closing their doors, the statistics for American women who opt to receive an abortion are reported at being 1 in 3. Carafem’s chic look and self-designated “straight talk” deeply appeals to a generation overawed by slick marketing.

This all raises the question, how can pregnancy help organizations reach young women being pulled in such an alarmingly attractive direction?

With Big Abortion upping its marketing game, how can these life-affirming organizations position themselves as a strong, steady, and caring voice of truth that speaks above catchy jargon and pro-abortion agendas?

While the pro-life movement is gaining ground with the passing of over 200 laws limiting legalized abortion in the U.S., how can we keep up the momentum?

The truth is, of course, that any attempt to de-stigmatize abortion is doomed to failure, and can never the answer the problems of loss, pain, and regret. No matter how cool, relaxed, or normalized abortion may become in our culture, every woman considering this option is doing so for incredibly personal and often painful reasons.

Many times she’s in deep trouble without realizing there are other ways out. As the Post reports the words of Carol Tobias, president of the National Right to Life, “Abortion is not pleasant and trying to put pretty wrappings around the procedure isn’t going to make any difference.”

Tweet This: "Abortion is not pleasant and trying to put pretty wrappings around it isn't going to make a difference." @nrlc

A day at a spa will never answer the deepest questions of these women’s hearts, and it will never prepare them for post abortion pain and loss. Pregnancy help organizations are still, and must remain, a place filled with compassion and hope—the first choice, where a woman can turn to in one of the most serious life decisions she will ever make.

In a time in which people long for truth and absolutes, there must be those who stand up for women and children, letting them know the truth about abortion, the wonderful gift of a child they’ve been given (whether the gift is received by them or another family) and the hope of a future.

While abortion centers such as Carafem seek to lessen a woman’s guilt, pregnancy help centers, medical clinics, non-profit adoption agencies, and housing ministries around the world are that voice saying there are alternatives to ending a child’s life.

Rather than using plush office furniture to cloak the real pain and tragedy of abortion, women and men at pregnancy help organizations stand with a woman with true compassion and support.

Tangible hope in a hopeless situation.