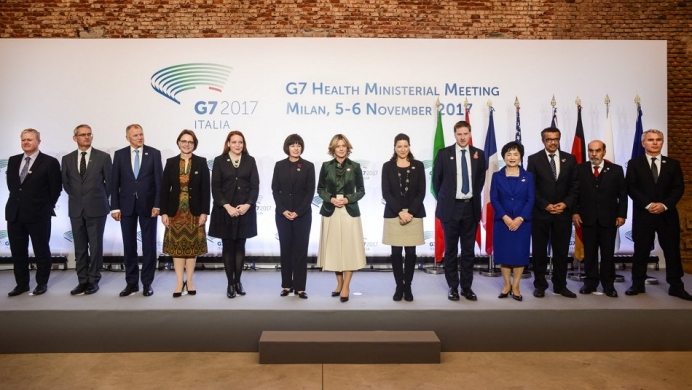 Leaders at a recent G-7 gathering agreed to help women, children. Naturally, that came as an outrage for abortion extremists.

Helping Women Doesn't Mean Advocating Abortion. Quite the Opposite, In Fact.

This November, member nations of the “Group of 7” (G-7) met in Italy to discuss current global health issues and challenges. To the outrage of abortion activists, the G-7 members landed on language that omits abortion terms under the “Gender Perspective in Health Policies and Rights for Women, Children and Adolescents” section of the communique.

Instead, the language states that G-7 nations—made up of the U.S., Canada, France, Germany, Italy, Japan and the U.K.—would pay special attention to the health of mothers, newborns and children with evidence-based interventions to address issues like mortality and violence.

As the Center for Family and Human Rights (C-Fam) reports:

“The U.S. proposed compromise language during negotiations asking to qualify the term ‘sexual and reproductive health’ by reference to UN agreements that explicitly deny abortion is an international right. In the end, it was negotiators from Canada and Europe who wanted no mention at all of ‘sexual and reproductive health,’ preferring deletion to qualifying the term to exclude abortion rights.

“In international agreements, its (the term’s) opaqueness is used to conceal controversial content such as abortion. This undermines U.S. Law and Foreign Policy by channeling U.S. taxpayer funds to abortion groups and giving them political backing through multilateral aid. The term is also controversial because of attempts to create an international human right to abortion through customary international law.”

This is likely to upset proponents of “She Decides”, a movement created in response to U.S. President Donald Trump’s reinstatement of the Mexico City Policy earlier this year, which influenced the policies proposed by the U.S. at the G-7 meeting.

Most recently halted by former President Barack Obama, but reinstated under President Trump, the Mexico City Policy ensures, “U.S. taxpayer dollars do not fund organizations or programs that support or participate in the management of a program of coercive abortion or involuntary sterilization.”

“She Decides” was started by Lilianne Ploumen, the Dutch Minister of Foreign Trade and International Development. On its website, the group asks visitors to sign a misinformed manifesto—one that curiously fails to point out that abortion mandates such as China’s “One-Child Policy,” not a lack of abortion access—lead directly to coerced abortions and the loss of choice.

Contrary to what “She Decides” and others claim about the devastating effects to women, the Mexico City Policy does not reduce the money the U.S. invests in global health; it simply redistributes where the money will go—which includes the numerous women’s health centers that give comprehensive care without performing abortions.

Again in contrast to much of the hype, the majority of Americans agree with this approach. According to a Marist Poll earlier this year, 83 percent of Americans oppose using tax dollars to support abortion in other countries.

What’s more, the G-7 communique also addresses those issues by stating that the nations commit to address sexual and gender-based violence such as child and forced marriage, female genital mutilation, human trafficking and exploitation.

Removing abortion language from the communique does not hamper women’s access to safe healthcare. And the Mexico City Policy certainly does not either. In fact, policies like these protect women by funding centers who provide more comprehensive care—which often includes post-abortion counseling to help women heal from the real and harmful effects of abortions, which groups like “She Decides” continue to prop up as beneficial for women.

Tweet This: Protecting women, newborns and other children means preventing - not advocating for - abortion. #prolife