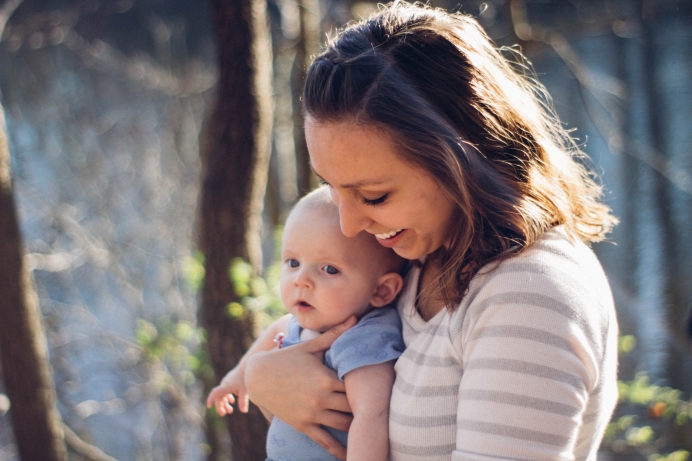 She’s referred people to pregnancy resource centers (PRCs) across the state, across the country and across the world. Connecting callers to help during pregnancy is something Pat Burns has been doing for 15 years. As executive director of Options for Women St. Croix Valley of Stillwater, MN, Burns has used the Heartbeat International Worldwide Directory of Pregnancy Help many times.

“The Heartbeat International Worldwide Directory saves lives,” Burns said. “I can only imagine the enormous amount of work it takes to keep it updated. We are so grateful for all Heartbeat does for the PRC affiliates.”

As part of their advocacy training, volunteers at Options for Women are taught how to use this valuable resource when contacted by someone outside their service area.

“My advice to other PRCs would be to help whoever walks in your doors or calls your center,” said Burns. “Whether they are in your service area or not, stay with them until they feel assured of your unconditional love and support.”

“If you find they are not in your service area after you have built that trust – DO NOT leave them to fend for themselves, provide a referral so they know where to turn,” she emphasized. “And, offer to call them back if they need further information. Never abandon them.”

Her geographical experiences using the directory are far-flung, from around her state to across the globe.

One day a client, who was looking for abortion options, contacted Burns via social media. Burns explained to her the importance of being educated about abortion, and having a pregnancy test and ultrasound.

She spent nearly an hour communicating with the client, building a relationship and a bond of trust. The client scheduled an appointment. When she asked for Options for Women’s address, she and Burns were surprised to discover that they were in different states – Burns in Minnesota, and the client in Georgia.

“You never ever want to leave someone in crisis hanging,” Burns said. “Rather than letting her fend for herself, we took out our directory and gave her the phone number of the closest affiliated PRC. As we had already built her trust, she was extremely grateful for the referral.”

In another case, Burns took a call from someone, “clearly in an emotional crisis – very young and scared.”

“After 45 minutes of conversation, she agreed to come in for a pregnancy test and ultrasound,” Burn said.

“You could hear the anxiety and disappointment in her voice,” Burns recalled, “until I told her I could connect her with a center similar to ours in her hometown. She agreed to take the information and to contact them.”

During a follow-up call, she expressed to Burns how very grateful she was to have chosen life for her baby, how wonderful the local PRC was, and that she was under the care of a physician.

At another time, a couple came in for a pregnancy test and ultrasound. They were both citizens of Australia in the United States legally, working for a carnival for six months. Once the pregnancy was verified, they expressed concern over how the mother and baby could get proper medical care, since they moved every month with the carnival and were so far away from home.

They considered abortion since they felt there were too many barriers, and were unsure if they had the support of their families back home. But they scheduled a follow-up ultrasound for later.

When they returned, they had contacted their families, who were supportive of them having a baby, even though they had no plans to stay together as a couple.

After seeing the baby on the second ultrasound, they chose life. Burns asked them where they were going next.

This is where Burns could see God’s hand at work.

The woman just “happened” to have a list in her pocket with every town they would be in for the next six months.

Because of the directory, Burns told them, “We can help you no matter where you are.”

Tweet This: Because of the Heartbeat International Worldwide Directory, “We can help you no matter where you are.”

“We provided them contact information for a Heartbeat Affiliate in every city on their tour,” said Burns, “complete with a listing of a center in their hometown in Australia. This gave them the confidence they needed to choose life – knowing that someone in every city would be willing to help them at all stages of the pregnancy.”

“That was a pretty emotional moment for them, knowing they were up against barriers,” that Burns had helped them overcome.

After spending so much time with them on the phone and in person, Burns said, “it was a very touching moment when they walked out, and we knew we would never see them again – and they were really embracing life.”

And what she saw was a look of peace on their faces when they made the decision for life, and knew they had support wherever they went.

Once they returned to Australia, they contacted Burns.

“They expressed deep gratitude for us providing all the centers along the way that were so helpful,” she said. “They were elated that their son was healthy, and that they did not choose abortion.”

Burns says she will refer a woman to another PRC because “we know she’s going to be treated with the same amount of love and respect” at an affiliate.

Burns provides the information about the PRCs to the caller and allows the caller to make the contact.

She stressed the importance of observing client confidentiality.

Burns says of using the directory to connect callers from outside her service area to someone else who cares “is priceless.”

“They tell you their story,” she said. “You get them through an emotional crisis.”

Burns said, “To be able to share and model the love of Christ to those facing an unplanned pregnancy, those so broken, with no one to support them, those so afraid of being judged, those who believe they have no self-worth – and then to see them hold that child in their arms with confidence – there is no greater joy.”

Editor's note: Heartbeat International affiliates receive a hard copy of Heartbeat's International Worldwide Directory, which can be accessed on-line as well. Assistance is also available to women facing unplanned pregnancy and other related needs through Heartbeat's 24/7 bi-lingual contact center Option Line (OptionLine.org, 1-800-712-4357, Text “HELPLINE” to 313131). An earlier version of this report quoted Burns saying she does not refer client information to other centers so as to not violate HIPAA, an inapplicable though commendable concern. Heartbeat International manages Pregnancy Help News.