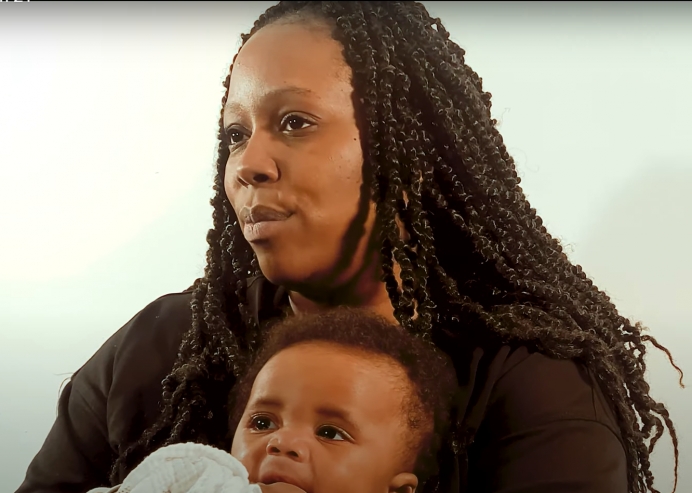 If Abortion Pill Reversal were not available, Jade’s son “would not have been born”

Psalms is a baby boy born in November 2020. He is one of 2,500 lives saved, and counting, due to Abortion Pill Reversal and the Abortion Pill Rescue® Network (APRN) - a hotline and network of over 1000 medical professionals, operated by Heartbeat International.

In March of 2020, as the world began to shut down due to COVID-19, Jade found herself in the same position as many moms considering a chemical abortion.

The pressures faced by women experiencing an unplanned pregnancy can be isolating and devastating.

These pressures often lead women to believe terminating the pregnancy, ending the life of their baby, is the only solution to the situation.

Jade was overwhelmed, surprised, and pressed from all sides when considering her finances, age, self-employed home business, and demands on her time. She shared her story earlier this past summer for the March for Life UK’s LifeStream 21.

Women are quite often unprepared for the immediate regret and guilt they often experience after their abortion decision.

After taking the first abortion pill, mifepristone, many women are desperate for help to save their baby’s life.

Jade was given mifepristone at a hospital consultation with her general practitioner. She was told there would be “no going back” after starting her abortion.

Out of pressure to please the medical professional, Jade reports “popping the pill in front of her” and being sent out the door with an expectation to go home and begin “cramping and bleeding.”

It was only a few hours before Jade began having doubts about her choice and regret of her abortion decision. She desperately began searching for help to save her baby.

Jade called the hospital where she had been given mifepristone and was told there was “no remedy” for a woman having taken the first pill.

She was very quickly met with care and support after reaching out to the Abortion Pill Rescue Network of Heartbeat International.

The trained healthcare professionals are available 24/7 to answer any questions a woman may have about reversal and offer her a connection for reversal treatment should she choose to proceed with reversal.

Abortion Pill Reversal is a life-saving protocol involving the prescription of progesterone, a new application of an FDA-approved progesterone treatment used for decades to stop miscarriages, after a mom has taken the first abortion pill, to counter that first abortion drug in hopes of maintaining her pregnancy and saving her child.

Jade chose to notify the hospital that she would not be returning the following day for her second pill to continue termination. At this disclosure she was told by the hospital, “we cannot guarantee your baby won’t be born disabled or malformed.”

“I was told there was no alternative after regretting my abortion,” Jade shared. “Had it not been for God and spirit led, I’m not sure I would have been as driven to find another option.”

Baby Psalms was born weighing in at just over 8 lbs. last November 10.

“I am very happy he is here,” stated Jade with a smile while holding Psalms in her lap.

“I read Psalms many times during my pregnancy and chose his name as a conversation starter.”

She went on to share that his name allows her to “point others to scripture in psalms for anything they are struggling with and gives great opportunities to evangelize.”

“Thank you to the doctor,” stated Jade. “This work is changing people’s lives. Had it not been for the availability of Abortion Pill Reversal services, Psalms would not have been born.”

However, if Jade had been in her situation after April of this year, she would have been told she could not try to save her son.

Recent attacks from abortion supporters have hindered access to information about Abortion Pill Reversal for women just like Jade.

On May 12, doctors in the United Kingdom with the APRN were made the subject of “Interim Orders Tribunal” hearings following complaints to the U.K.’s General Medical Council (GMC) brought by abortion provider MSI Reproductive Choices, formerly known as Marie Stopes International, and the Royal College of Obstetricians and Gynaecologists. This interim order prohibits the doctors from helping any woman who requests help in obtaining Abortion Pill Reversal - thus women in the U.K. are not allowed the choice of reversal.

The Abortion Pill Rescue Network continues to serve women who regret starting their chemical abortion and want a second chance at choosing life for their child, despite attempts from pro-abortion parties to block women from learning about the protocol.

Informed decisions are the best decisions. There is help available for a woman who regrets her chemical abortion.

Women deserve a second chance to choose life for their unborn child through Abortion Pill Reversal.

Tweet This: Informed decisions are the best decisions. Women deserve a 2nd chance to choose life for their unborn child through Abortion Pill Reversal.

Brooke Myrick is a Healthcare Team Manager with Heartbeat International overseeing the Abortion Pill Rescue® Network (APRN). She also provides assistance to pregnancy help organizations seeking to offer love and care to those facing unplanned pregnancies in their communities. Brooke began her nursing career as a labor and delivery registered nurse. Filled with a strong desire to be a voice for life, Brooke continued her obstetrical nursing career and spent nine years serving within her local pregnancy center as Nurse Manager. She has been married for 13 years to Justin and they have four children. Brooke enjoys running, reading, gardening, and her German Shorthaired Pointer, Wilder.