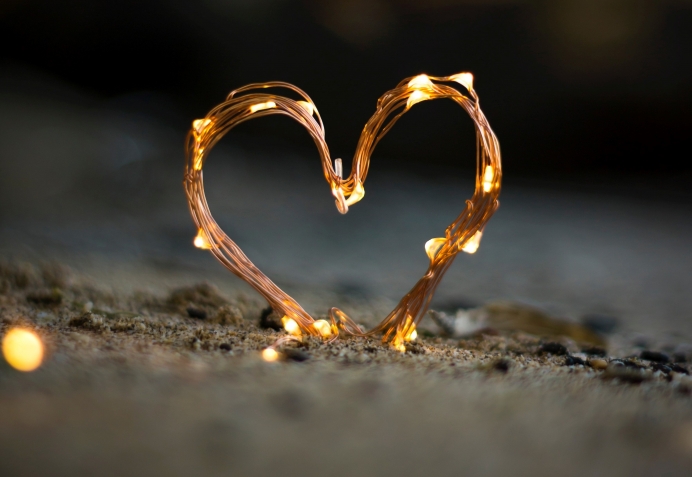 The Servant Leader Award “really comes from that heart of Jesus that we see when He is leading because He’s serving,” said Heartbeat President Jor-El Godsey. “And when He’s serving, he’s doing it because He’s leading.”

“And that’s the kind of spirit that we love to honor,” Godsey said, “because it’s the spirit that is very much a part of the entire pregnancy help movement.”

Tweet This: The Servant Leader Award really comes from the heart of Jesus & is the spirit that is very much a part of the entire pregnancy help movement

Heartbeat also celebrated its 50th anniversary at he event.

Servant Leader Award recipients are not notified ahead of time that they will receive the award, allowing for surprise at presentation time during the Conference.

“It’s difficult to single out individuals because so many are deserving,” Godsey said, “but we do take the time and the energy and effort to really pray and say, ‘Lord, who will you have us honor this time.’”

Bob Foust is Executive director of Sav-a-Life Shelby, Pelham, AL, where he has served since 2015. He received his award on Wednesday during the Conference.

Foust was ordained to ministry in 1972 and served as senior pastor for three churches over 13 years.

Foust has led workshops at several national Christian ministries, including Focus on the Family, Ramah International, Presbyterians for Life, Life Matters Worldwide, Care Net and Heartbeat International. He also served with Care Net as a National Trainer and Consultant.

Foust helped establish the “Choose Life” license plate in Alabama and oversees the project, which has seen over four million dollars distributed to pro-life ministries since 2003.

Foust also travels for PreBorn as a field representative to provide grants for ultrasounds.

Kirk Walden, Advancement specialist for Heartbeat International and columnist for Pregnancy Help News, presented Foust with his award. Foust and Walden have known each other through pregnancy help service for 30 years.

“Getting to present this award means a lot to me,” Walden said. “Bob’s a special friend.”

“And he will tell that his greatest legacy is his marriage to his wife Cheryl,” Walden added.

The other three Servant Leader Awards were presented Thursday.

She started as a volunteer there in 1986, then becoming executive director, a role she held for over 35 years.

In 1992 she was encouraged by a family court judge to start a licensed adoption agency, and Adoption By Choice began operating in January of 1993. Newport champions adoption, advocating for it with clients as an important option. She has assisted hundreds of birth mothers and birth fathers in designing unique and individualized adoption plans.

Newport’s passion for adoption is part of what brought her to also receive the first Pastor Andy Merritt Scholarship toward attendance at the Annual Pregnancy Help Conference.

Randy Newport, Brenda Newport’s son and current Women's Care Center of Erie County executive director, said that in 1986, as her first days as Executive Director began, she told God that if He will take care of and provide for the Center, she will work her heart out for Him.

“His blessing has been on the Center ever since and she has faithfully worked her heart out for Him!" Randy Newport said.

"In all her time here at the Center, first as a volunteer, then as Executive Director and now as Senior Director of Ministry Services, Brenda has always demonstrated the love of Christ to clients, to staff, to everyone,” he said. “She has displayed a faith that believes that God works all things out for our good and His glory.

"As a colleague ED in Western PA, Brenda has always been a great example of a strong leader with a servant's heart,” Diemert said. “She has been brave, forging uncharted territory with bold faith and a "can do '' attitude, while loving and serving people, both practically and with eternal impact, always her top priority. Brenda is, and has been, a force to be reckoned with, all for God's kingdom and glory."

Also among them was Mike Spencer, founder, and president of Project LifeVoice, a Gospel-driven human rights organization that equips and inspires pro-life ambassadors to speak intelligently and to act sacrificially on behalf of the unborn.

Heartbeat was looking for something and to address the topic of apologetics in 2012, McDowell said, and it was recommended to tap Spencer.

“And we really fell in love with his heart,” she said.

While people often identify as pro-life, McDowell said they sometimes don't understand the ‘why’ of that, not grasping full understanding of the biblical perspective.

“And so, we felt that it would be a great opportunity to really encourage people who serve in pregnancy centers to be confident,” McDowell said, “especially when speaking to churches, to donors, you have an opportunity to perhaps better talk about the message of the pro-life.”

Spencer has the talent and skill, but also a winsome approach, she said, to help you to really understand it.

Spencer has been ready to help from the get-go, she said, often insistent about forgoing just pay.

McDowell called him kind, generous and talented with a pastor's heart for people.

Peterson is the facilitator for the National Maternity Housing Coalition and has been Heartbeat International’s housing specialist for some seven years.

Prior to that she was the founder of a network of homes in the Phoenix, AZ, area, where she loved welcoming women into a safe environment and supportive community.

Peterson recently announced she is stepping away from her role with Heartbeat.

McDowell recalled meeting Peterson while doing an executive round table together.

Peterson was “fascinating,” McDowell said, really discussing and dealing with some of the challenges that happened in the organization.

She had asked Peterson about her starting a maternity home.

Peterson explained how she and a roommate found a homeless, pregnant woman and took her in, and that turned into multiple maternity homes.

“We love all of our staff,” McDowell said, “but Mary is one of those team members who has so many talents and so many skills. So, we sent her out to facilitate.”

She creates a lot of material, including podcasts webinars, and more.

“She's very creative and does great work,” said McDowell. “She is a wonderful person, a very gifted woman.”