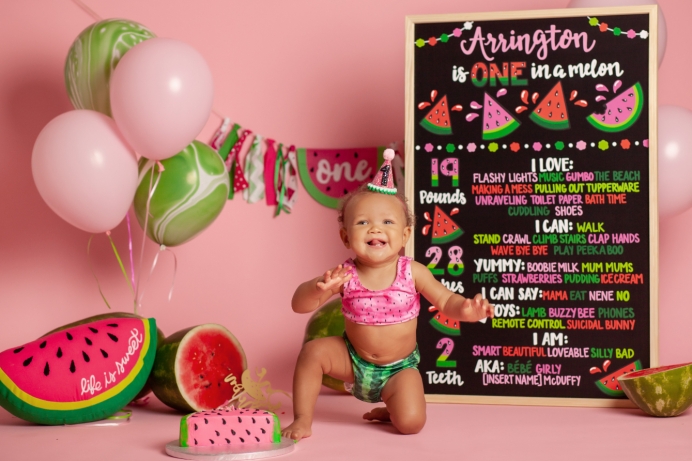 Angela Floyd says her experience with Abortion Pill Reversal was the key to new life, both for her and in saving her baby daughter.

Floyd’s daughter Arrington was born in June of last year, and since her baby’s rescue from the abortion pill process, Floyd has taken a step back, looked at life, and considers herself “a whole new person.”

“Because I’m happy, I’m well with it,” she said. “It’s been a life-changing experience.”

Asked about the journey to new life for her, Arrington and her whole family, she said it feels like it was just yesterday that she was having a real mental struggle with the thought of aborting her unborn child.

“We come from all walks of life,” Floyd had written to Heartbeat International, which manages the Abortion Pill Rescue Network. “I consider myself very successful and highly educated.”

She was still married but going through a divorce when she met someone and carried on a relationship, which she thought was perfect, until she found out she was pregnant. Floyd said her partner blamed her and shut her out for weeks.

New in a nurse practitioner career and soon to be a single mom with two other older children, Floyd, like many women, thought abortion was her only option.

“I felt like in my head that abortion was the only answer,” she told Pregnancy Help News.

Floyd went to an abortion provider, where she took the first abortion pill and instantly regretted it.

The first pill is Mifepristone (also known as RU-486), typically taken at an abortion facility. The drug blocks the natural progesterone hormone, which causes the uterine lining to break down and the placenta to begin to fail, in effect starving the baby of oxygen and nutrients.

The mother then takes the second pill, misoprostol, one to two days later. This drug induces contractions and bleeding, and she delivers the aborted child later at home.

“I took the first pill and that was it,” said Floyd. “(I thought) I don’t even know why I did this.”

“The minute I took it, I went out, closed the car door, and burst out crying,” Floyd recalled, “looked at my stomach and was just apologizing.”

Floyd turned to her ex, “a hysterical mess,” over what had taken place,  she said, and he expressed concern, questioning whether she was being pressured to abort.

She would eventually take some time to get herself together and search online for how to reverse a chemical abortion.

“I had never thought in my mind about abortion pills, what they do, so it never crossed my mind that they could be reversed,” she said.

Floyd called the Abortion Pill Rescue Network (APRN), frantic, having learned then that time was everything.

“Elizabeth (her APRN consultant) was SO nice,” Floyd said, and was able to help her calm down from the time that they first talked.

“I thought, I’ll do whatever it takes to save this baby,” Floyd recounted. “She gave me hope that this was possible.”

This hopefulness was further fostered after her first visit to an APRN doctor, when she heard her baby’s heartbeat and saw that Arrington’s measurements were okay.

From that time forward, she felt, “I’ve got some hope, I’m good.”

After getting Floyd in touch with an APRN provider, Elizabeth continued to call her every few days, leaving messages if they didn’t connect.

“It was a complete support system throughout,” said Floyd, “the praying, it gave me a way to relax. I came to realize nothing else mattered than keeping the baby safe.”

The rest of her pregnancy went smoothly, such that Floyd told Pregnancy Help News she could have gone another month, she was relaxed, and remembers a feeling between her and her baby that they wanted to hold on to each other as long as possible.

She had the support of her ex-husband, who, after she’d broken down in the aftermath of taking the first abortion pill and dropped to the floor, literally picked her back up and told her, “If this baby makes it, I’ll take care of it.” He said this, even though they weren’t together.

The process of working to save Arrington helped cultivate reconciliation with the couple. Floyd’s ex-husband was present for the birth and signed the birth certificate. They later relocated for his employment, purchased a home together and plan to marry again.

She shared that Arrington entered the outside world thriving and has continued to do so.

Arrington’s siblings, Floyd’s son, 12, and her daughter, 9, are very close with Arrington and could not live without her, Floyd explained. They help clothe, bathe and change her, respond to her cry and help her swim.

“They are all about taking care of that baby,” she said.

Arrington is very outgoing and social, very lovable, funny, energetic, and gets into everything, said Floyd, she’s extremely gifted, and has never been sick.

“I just think it’s the best decision ever,” Floyd told Pregnancy Help News about acting to save Arrington. “It turned out to be more of a blessing than anything.”

Her former ex-husband has remarked that her personality is different, not uptight, said Floyd, adding that roughly two years later, “I’m still so relaxed, even at work and life.”

“I’m very grateful for APR for sending me in the right direction,” she said.

As a healthcare provider, “It made perfect complete sense,” Floyd stated of the APR protocol.

“It’s pretty straightforward,” she said. “I mean science is science.”

Floyd wants women in unexpected pregnancies to know that resources, like APR, are out there, and they are there to help them to make an informed decision.

“I am so grateful to APR, I will broadcast this thought to the world if I have to,” she said.

“I’m living proof that it works,” Floyd added. “APR will give you all the information to get you set up for success.”