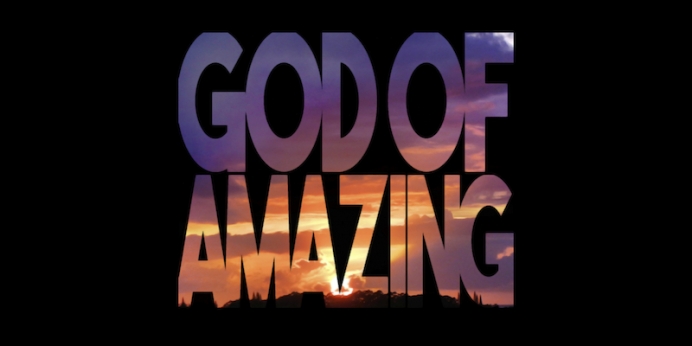 As Lauren Roman prepared to lead the worship sessions for Heartbeat International’s 2015 conference in St. Louis, she had no idea that she was on a path to a recording that would capture the hearts of the pro-life community all over the world.

Roman was considering different songs for the worship sessions, and was looking for one song to stand out as a mainstay for the three sessions. She believes this is where God stepped in.

One evening in February, Roman found herself at a worship and prayer event at Gateway Church in Franklin, Tenn., part of a movement created by Worship Central, one of 100 worship and prayer gatherings to be held across the globe over 10 days. “It was a great night,” Roman says. But it was the final song that made her realize why she was there.

Leading worship that evening was songwriter Michael Farren, Gateway’s worship pastor, who spent 16 years as lead vocalist for the worship band Pocket Full of Rocks. And Farren had a new song to introduce.

“It was the last song they did,” Roman recalls. And God of Amazing was . . . amazing. “There were a lot of music industry people there,” she says. “But even for a group of people that does this (worship music) all day long, this just grabbed everyone.” Including Lauren Roman.

“I was so moved; I thought, ‘That’s the song,’” she said. Immediately after the closing prayer, Roman approached Farren. She explained Heartbeat International’s mission and asked, would it be all right for her to lead the song at their conference?

Seeing himself as simply a steward of his songs, which include Say Amen and Let it Rain, Farren agreed. “I would be honored,” he told her.

But there was a hitch. In fact, there were several. When Roman asked for a chord chart, there wasn’t one. All Farren had were the lyrics and a work tape from his session with co-writer Benji Cowart, which in this case was a recording from a smart phone.

Tweet This: @SetFree4FREEDOM releases recording of "God of Amazing," written by @michaelfarren

“I was so honored that he would trust me with it,” Roman said. So she and her guitarist for the Heartbeat conference, Rachael Hurt, went to work in preparation.

“It intimidated me, playing right into my perfectionist fears,” Roman explained. “Michael has incredible range! Vocally, the song was tough. I actually had to change the melody in a few places to make it singable.”

But when she later confessed to Farren about her changes, he was encouraging. “I’m a worship leader,” he told Roman. “I do that all the time.”

Roman sensed God leading her to include the song at all three of the conference's general sessions, yet she decided to place God of Amazing in only two of the set lists, shying away from the vocal challenge. When she sang it in the first worship session however, “The response was so overwhelming; everyone just got it,” she said.

Without hesitation, Roman added the song to all worship sets. “God was right the first time,” she said with a laugh.

The song’s strength grew beyond the worship sessions. From the conference stage, Heartbeat International Vice President Jor-El Godsey mentioned to attendees that those who wanted the song could email Roman for information. “When I checked email later, I could see the time stamp where people were getting on their phones at that moment and emailing me,” she said.

With attendees asking for a recording, Roman was in a situation she never expected. “I was thinking, ‘what have I done?’” she said. “We’ve put this song out there and now they can’t have it.”

Recording posed a potential problem. After a song is first released, any artist can record it. But when a song is brand new, the songwriter and publisher have full control over its “first use.” Could Roman get permission to record the song?

Yet again, the hand of God was at work. When Roman met with Farren to talk about recording, he told her his church—Gateway—had already released its own live recording. Roman could do the song. And she found out something else.

All around us now, right before our eyes

You’re the God of Amazing

But, Farren and Cowart had changed this portion of the lyrics in the final version of the song. So Roman is now the first artist to record God of Amazing as a worship song that appears to be specifically written for life-affirming ministries and organizations.

For Roman, this is just further evidence that God is indeed, amazing. “I can’t imagine the fortitude it takes to serve in a pro-life center day after day,” she says. “With all that is going on right now, words fail me to try and describe the darkness of what we are up against. I hope and pray this song can be an encouragement.”

Tweet This: "With all that is going on right now, I hope this song can be an encouragement." @SetFree4Freedom

And Roman knows what she is talking about. Before her breakout acting role in the ABC daytime drama All My Children, she experienced an abortion at age 18. She would later find freedom and forgiveness through a pregnancy help center in Los Angeles, and today uses her platform (she played a recent role in the ABC series Nashville) to speak on behalf of pregnancy help organizations at fundraising events.

“To have a rallying cry like this song, it shows that music connects on a heart level, engaging the spirit in a deeper way,” Roman said.

To download the song, and get information on Roman’s album for those recovering from abortion (Songs of Hope and Healing), go to www.laurenroman.com.