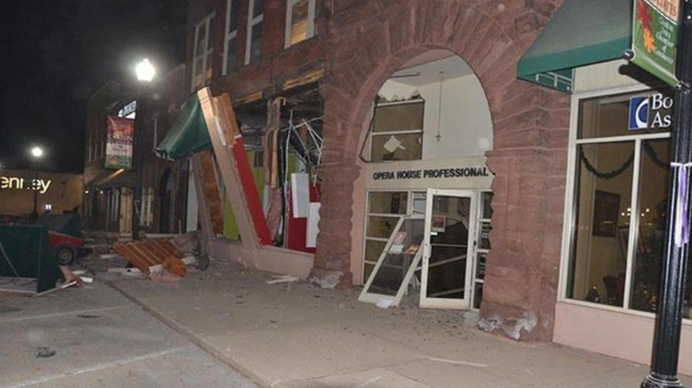 Just over a month after moving into a new downtown location, the building for Spoon River Pregnancy Center in Canton, Ill., was destroyed Nov. 16 in a gas explosion, killing one man who was part of a work crew called out to repair a ruptured gas line, according to a local news report.

Staff at the pregnancy medical clinic, which had relocated to a 125-year-old opera house Oct. 5 of this year, wrote in a Facebook post they left the building 10 minutes after they smelled gas last Wednesday.

An hour later, and with the building vacated, the explosion sent all four men, including the man who died, Arturo Silva Jr., 38, on an emergency work crew to the hospital after they arrived to fix the damaged gas line.

“We are mega thankful to be safe, but deeply saddened at the loss of our new facility,” Spoon River PC executive director Terri Williams wrote on the organization’s Facebook page. “Even worse is the loss of life to that brave [gas company] worker. Our prayers are with His family.”

In partnership with a local church, Spoon River PC is setting up a makeshift donation space in a POD self-storage unit Tuesday,

“Rebuilding and a fresh start,” Williams wrote. “The Lord has a plan. So thankful for all of the community support we have received. It is encouraging, humbling and overwhelming to be cared for so well.”

Click here to give a gift to help Spoon River PC rebuild.