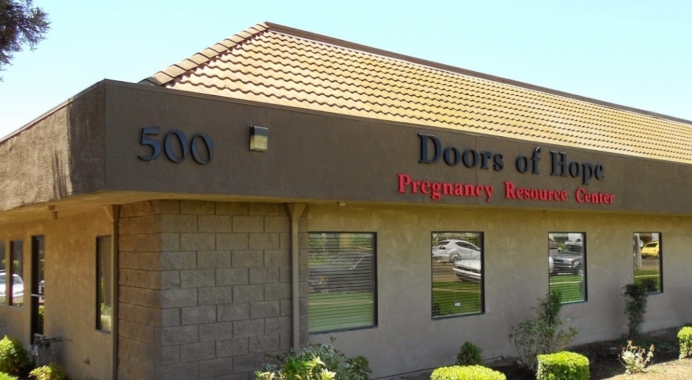 A public school district in Northern California that had balked at allowing its students to form a pro-life club because of what it called a “controversial” and “political” nature has relented under pressure from national groups.

According to Thursday’s joint-press release from Students for Life of America and the Thomas More Society, a high school senior named Jorge Mendoza was denied school-sponsored status of his pro-life club, despite gathered 337 signatures from his peers at Madera and Madera South High Schools—well over the required 30 signees.

When school officials turned down Mendoza’s application in February, he contacted Students for Life, which oversees over 830 high school and college groups nationally.

Handing the matter over to its law firm, the Thomas More Society, Students for Life celebrated victory Thursday after the school board approved the club at the recommendation of its superintendent in late May.

“We applaud Jorge for his courageous stance in starting Students for Life clubs at not just one, but two high schools in Madera,” Kristan Hawkins, president of Students for Life of America, said. “We’re glad that the high school administrators have finally recognized that these pro-life students’ enthusiasm should not be censored but rather encouraged.”

While the Thomas More Society was championing the club’s official status, Mendoza was busy gathering his pro-life peers and establishing a relationship with a local pregnancy help organization, Doors of Hope Pregnancy Center.

Doors of Hope, which has been serving clients for the past 10 years, met with Mendoza, shared their vision with him, and were invited to his club’s first meeting, which was attended by over 130 students at Madera South High School.

The interaction with Mendoza and his pro-life peers has served as a shot in the arm for Doors of Hope, a three-staff center who saw its highest-ever month with 200 client visits in March.

“We can get weary,” Deborah Holiday, the center’s client services director, said. “We deal with people all day long, and many of our clients aren't interested when it comes to being actively pro-life. And here comes this young, fiery kid who's just really zealous.

“We hear people say, 'Oh, I wouldn't get an abortion, but that's everybody else's business.' So, to see a gathering of young people is just really, really encouraging.”

As the his group’s first order of business, Mendoza has led the on-campus charge to partner with Doors of Hope’s current baby bottle campaign. The organization, which receives no government funding, serves clients through pregnancy testing, motherhood and fatherhood classes, post-abortion recovery with the Forgiven and Set Free curriculum, Bible studies and more.

Tweet This: "It's really rekindled the flame to see young people so excited and compassionate." @Students4LifeHQ

Doors of Hope also serves as a vital connection for the area’s Children’s Protective Services, which refers mothers and fathers for court-ordered parenting and co-parenting classes—the latter of which is ordered by the court in cases where the child has already been removed from a home.

“We give [parents] lessons on ways to work out visits that are less traumatic for the children, setting your hurts and your disappointments and your attitudes and issues aside and just focusing on your child—just biblical principles on putting your child's interests first,” Holiday said.

While Doors of Hope—which operates directly across the street from a Planned Parenthood affiliate—typifies the on-going support offered to parents and young families by the 2,500 pregnancy help centers and organizations in the U.S., Mendoza’s connecting on-campus youth to Doors of Hope also exemplifies Students For Life’s commitment to reaching women and families through pregnancy help organizations.

“We’re so excited for the opportunity to educate our peers on the amazing gift of life at all stages,” Mendoza said. “The students’ positive response to the pro-life message has been overwhelming, and now that our Students for Life clubs have been approved, we look forward to continuing to spread this message of truth and hope, as well as offering support to our classmates who might face crisis pregnancies.”

For Holiday and Doors of Hope, the groundswell of support Mendoza has helped spark an open their eyes to the possibilities presented by the club and defended by the work of the Thomas More Society.

“It's really rekindled the flame to see young people so excited and compassionate,” Holiday said.