You can take Cherisse Scott off your list of Mother of the Year nominees.

Writing Wednesday at Romper.com, Scott says she loves her 15-year-old son, but still wishes she’d aborted him when she had the chance.

Scott, a prominent abortion supremacist and founder of SisterReach, writes she wanted to abort her son when he was in utero, but was “tricked into keeping him” by a pregnancy center instead.

In her own words:

“I have a 15-year-old son who I love dearly but have struggled to support for the majority of his life — a reminder every day of the lie I was told by a crisis pregnancy center that manipulated my decision making,” Scott writes. “A lie that vulnerable women and girls face trying to control their reproductive decisions every day.”

As Scott goes onto explain, she was educated about abortion, parenting and making an adoption plan at the pregnancy center, ultimately leading to her decision to give birth to her son—an episode she now laments openly.

After claiming the pregnancy center “was nowhere to be found” after she lost her job as a young mother—a rather unbelievable claim considering the very nature of pregnancy center work—Scott’s piece goes even further off the rails.

Rather than suffering as the child of a single mother, Scott writes, her son would have been better off losing his life in the womb. Ironically, the article runs online alongside ads for Aveeno Baby products.

“My son deserved to be born to a mother who would not be left hanging to raise him alone,” she writes. “He deserved to be born into a social infrastructure willing to provide his mother with the necessary social supports to live, and to do so without stigma or shame.”

Scott has made a name for herself bemoaning her own motherhood—and her son’s life itself—among abortion supporters in recent years. In 2016, she made similar claims on TBS’ Full Frontal with Samantha Bee, saying, “if I could do this all over again, I would have an abortion.”

Tweet This: Welp, you can take @SisterReach Cherisse Scott's name off your list for Mother of the Year. Yikes.

With Cecile Richards stepping aside as CEO of Planned Parenthood, some abortion fans are calling upon the 100-year-old organization to hire a minority woman to replace her.

Now that Scott’s name is off the list for Mother of the Year, she may have a little extra time to audition to fill Richards’ shoes. 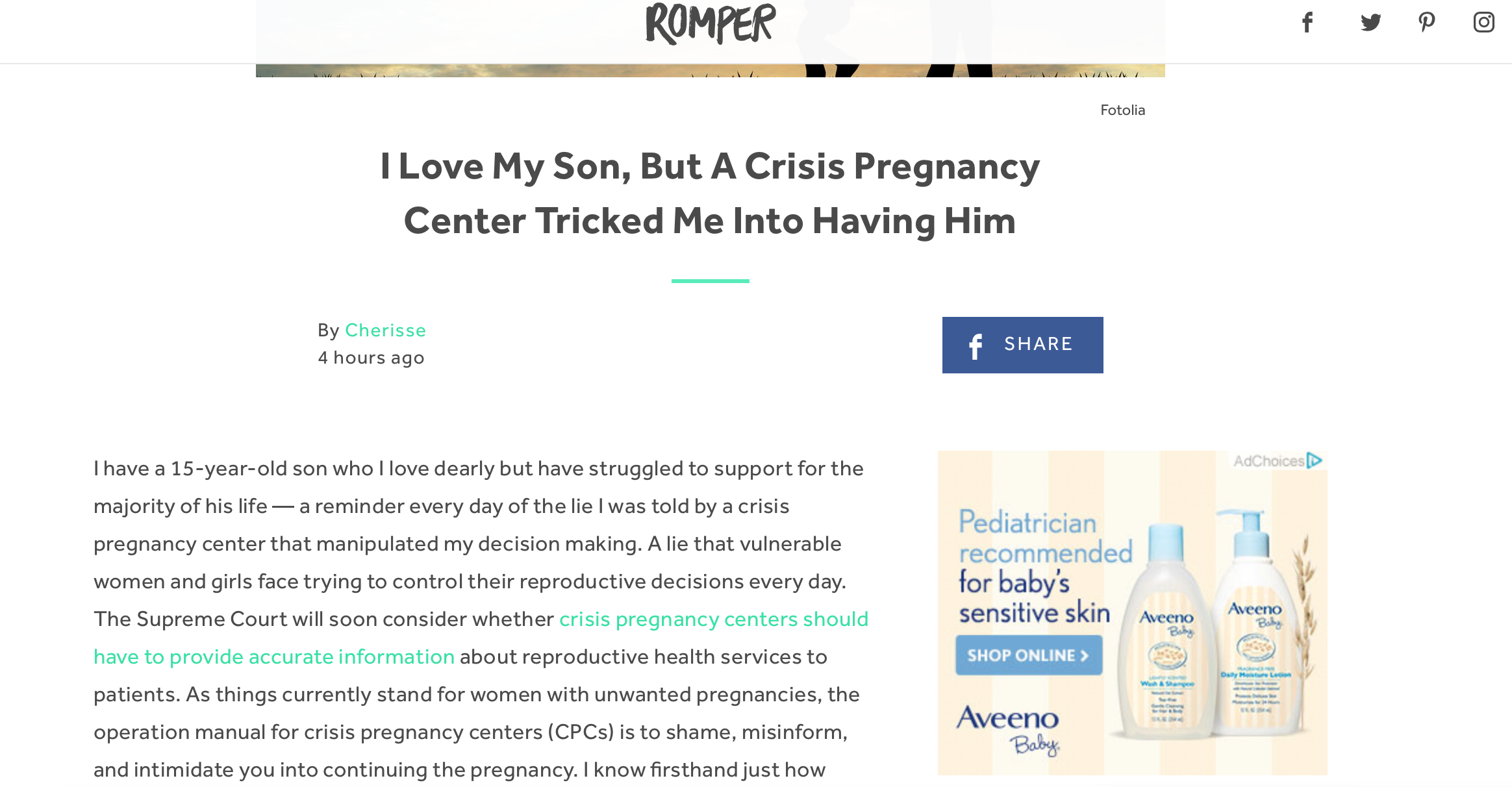