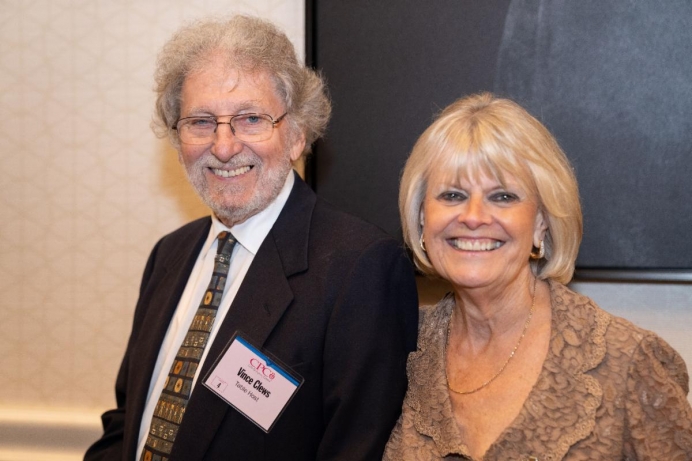 “Forever inspired by her courage and leadership” – Honoring the late, “great” Carol Clews

It is fitting that a “celebration of life” would be held in honor of Carol Clews. The former long-time head of the Center for Pregnancy Concerns in Baltimore was all about life. The life of unborn children, and the lives of their mothers.

Clews, 78, passed away on April 16 after a diagnosis of pancreatic cancer. Friends and loved ones were invited to gather to honor her on May 15 at the Church of the Resurrection in Lutherville, MD.

The loss of Clews is reverberating far and wide.

Clews began her career at the Center for Pregnancy Concerns (CPC) in 2003 as development director and was promoted to the role of executive director the following year. It was a position she would hold until retiring 15 years later in 2019.

During this time, she not only expanded pro-life pregnancy centers across the region, including opening one next to the local Planned Parenthood, she also fought the good fight in a legal battle over free speech.

That freedom of speech battle was waged over Baltimore’s 2009 law requiring pro-life pregnancy centers to post signs informing the public they do not provide nor refer for abortions or contraceptives.

But Clews, along with others, contended that the law was not fair and violated the First Amendment.

While pro-life pregnancy centers were regulated in their communication, abortion facilities did not face the same requirement to reveal which services they did not provide.

Clews stated in a 2010 interview with The Catholic Review that the required signs offered an “implied message” that abortions should be a consideration and “legitimized” abortion facilities. She wouldn’t have it.

Fast-forward to eight years later; Clews, who had teamed up with the Baltimore archdiocese, emerged victorious.

“Shakespeare wrote in Twelfth Night, 'Be not afraid of greatness. Some are born great, some achieve greatness, and others have greatness thrust upon them.' The pregnancy help movement cannot fully understand the greatness that Carol had thrust upon her on behalf of all of us,” he said.

“Her faith-filled leadership in standing up to the bullies of Big Abortion in the face of their blatant attack on Center for Pregnancy Concerns of Greater Baltimore was nothing short of greatness,” he continued. “She stood for the truth and with the truth. Her triumph in that long battle was a triumph for all pregnancy help centers.”

Dr. Cathy Gara, secretary, board of directors and former volunteer counsel of the CPC, spoke highly of the commitment Clews had to her relationships with others and said countless people offered up their time, talents, and treasures when Clews asked them to do so.

Tweet This: “We said ‘yes’ not just because of the mission, which we already believed in, but because of who Carol was" - Remembering Carol Clews

Most Reverend William E. Lori, Archbishop of Baltimore, referred to Clews as a “towering figure.”

“In her many years working at the Center for Pregnancy Concerns, Carol showed genuine love and compassion for pregnant women who were often scared and alone and had nowhere else to turn,” he said. “She gave them more than material support. She showed them kindness and encouragement.”

Tweet This: Carol showed genuine love & compassion for pregnant women who were often scared & alone & had nowhere else to turn”- Remembering Carol Clews

Gina Ruppert, who took the reins from Clews upon Clews’s 2019 retirement, said Clews had left a mark on the pro-life community for generations to come.

“We are forever inspired by her courage and leadership for women and their children in Baltimore,” she said. “May her memory continue to bless us and all we service through the Center for Pregnancy Concerns.”

Tweet This: “We are forever inspired by her courage and leadership for women and their children in Baltimore” - Remembering Carol Clews

Clews may be gone, but her fight to preserve life lives on.

Read more about her HERE and HERE.