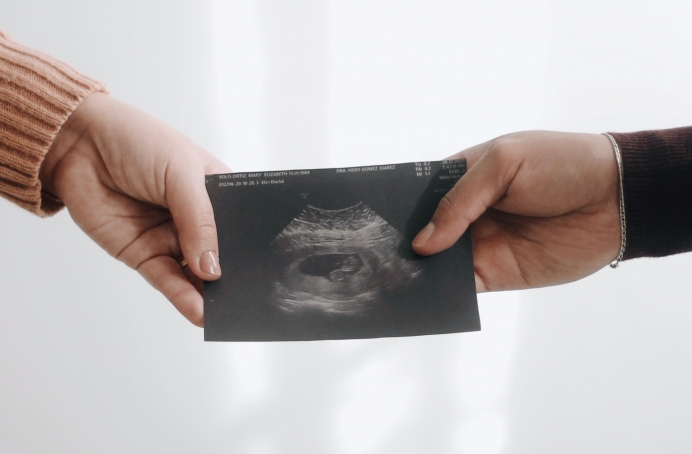 Fetal pain is real; while we're acknowledging that, let's acknowledge why

While the ACPeds acknowledges this issue is sometimes relevant to legal and moral discussions about abortion, the point of their statement is not to focus on whether abortion should be legal or if it is moral.

Instead, the focus of the group, “a national medical association of licensed physicians and healthcare professionals who specialize in the care of infants, children, and adolescents,” is generally on how young humans are treated medically with regard to pain management.

They state: “While it is obviously unethical to harm innocent human beings irrespective of their ability to perceive pain, because of the resulting acute stress responses and subsequent potential long-term negative effects, the ACPeds holds that avoiding, mitigating, and directly treating fetal, neonatal, and pediatric pain is a medical and ethical obligation.”

The full position statement reviews the growing body of evidence which points to “nociception (which refers to the anatomical and physiological responses to hurtful stimuli)” being possible even in very young humans, perhaps as young as 12 weeks old as a review from researchers Stuart W.G. Derbyshire and John C. Bockmann points out. From how they write in their paper, this age seems to be based on normal gestational age, which is counted from the first day of a woman’s last menstrual period (LMP). In reality, age post-fertilization could reasonably be about 1-3 weeks shorter than the age based on the standard LMP measurement.

This is incredible. It means humans as young as 9-11 weeks old have developed sufficiently to display nociception.

The ACPeds reviews other evidence which has been pushing back the timeline of infant and fetal pain. Many studies on premature infants’ pain responses and even fetal pain responses have all contributed to the growing consensus that humans can feel pain from a very early age, and that painful stimuli are actually more painful prior to about 43-44 weeks gestation.

This is important to ACPeds because that means very young humans can have their entire lives altered based on how their pain was managed. Human development can be drastically affected by the experience of painful stimuli early in life. Because of this, the ACPeds “advocates the need for in-utero, neonatal, and pediatric pain prevention, mitigation, and treatment.”

The ACPeds also pushes back against the International Association for the Study of Pain’s (IASP) claim that pain must have two components to be regarded as actual pain, or pain of moral and ethical significance, which are biological/sensory and emotional.

The IASP tries to separate the idea of pain from nociception, insisting pain must also have the aspect of a conscious experience or perception.

However, this runs into ethical dilemmas quite quickly.

Pain is therefore purely subjective and never truly knowable. And for people who cannot communicate their perception of pain to others, how are we to know if they truly are feeling pain, and how then does that lack of knowledge inform how we may treat that person? How does that affect fields like medicine, then, where professionals must take ethics into account when developing treatments?

The ACPeds maintains that nociception, whether or not the human receiving the stimuli is aware of it or not, is alone enough to define pain. At least, it is enough for doctors and medical professionals, who must be able to use measurable characteristics to determine courses of action when treating a patient.

It is well-known that for any human, mitigating the body’s response to painful stimuli helps improve outcomes for treatments such as surgery.

While some people would argue that pain (or absence of it), no matter its definition, does not make killing a human any more or less ethical; for other people, the pain involved in killing a human is very important. For some people, the fact that a human fetus could feel the pain of an abortion procedure would absolutely be relevant to their stance on abortion.

Tweet This: For some people, the fact that a human fetus could feel the pain of an abortion would absolutely be relevant to their stance on abortion.

The growing body of evidence for nociception in very young humans seems to point strongly to the fact that a 12-week-old human would, indeed, feel pain. Consider the fact that according to the latest CDC abortion estimates, over 40,000 humans were killed in 2018 who were pain-capable.

As a bit of a parting shot, the ACPeds ends their press statement by saying, “Medicine's double standard of acknowledging pain capability in wanted premature babies while denying it in unwanted unborn babies of the same gestational age is unconscionable.”

Whether we like it or not, whether the ACPeds wants to wade into politics or not — the pain capability of human fetuses does have a place in the abortion debate for many people.