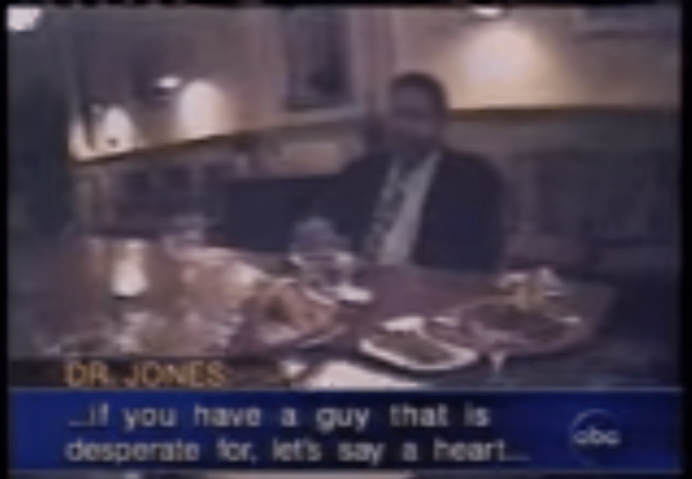 Center for Medical Progress (CMP) Project Lead and pro-life activist David Daleiden told a federal court in San Francisco Tuesday that it was an undercover report on fetal tissue trafficking from the ABC News investigative program “20/20”  that prompted him to record the CMP undercover videos of abortion industry executives. The CMP videos showed Planned Parenthood leadership allegedly bartering in the sale of aborted fetal body parts.

Daleiden and his CMP associates are currently facing a jury trial, sued by Planned Parenthood for allegedly gaining illegal access into abortion industry conferences, breaking confidentiality agreements, and engaging in mail and wire fraud to record and produce the undercover videos.

Video of the "20/20" story reported by journalist Chris Wallace that aired on March 9, 2000 was played in court on Tuesday, according to a report from Madeline Osburn at The Federalist :

So far, the presiding judge has resisted allowing certain videos Daleiden recorded to be shown to the jury. As Planned Parenthood would prefer, the attorneys have been pushed focus only on the legality of the recordings and not the content of the videos recorded. But on Tuesday, the judge allowed defense attorney Charles LiMandri to show an investigative ABC News report that Daleiden said influenced his own undercover project.

"Similar to Daleiden’s own undercover work, the video features footage recorded by an undercover ABC producer posed as a potential investor," The Federalist piece says. "The producer interviews an abortionist talking about the profits he made from the sale of body parts he harvested from the bodies of babies he aborted."

Further from the article, Daleiden’s defense attorney, Thomas More Society's Peter Breen, explained how Planned Parenthood’s strategy in the case has been to smear Daleiden’s character and portray CMP's investigation as having been conducted incorrectly or in bad faith.

“When you look at the ’20/20′ video and you look at the video that was actually brought forward in the Center for Medical Progress investigation, very, very similar,” Breen said. “You can’t say that there was bad faith. In fact, it shows there was incredible good faith.”

The trial is taking place in the United States District Court, Northern District of California, located in the San Francisco Federal District Court, and is scheduled to continue until at least mid-November.

Click HERE to read The Federalist article in full, including video of the March 2000 "20/20" report.