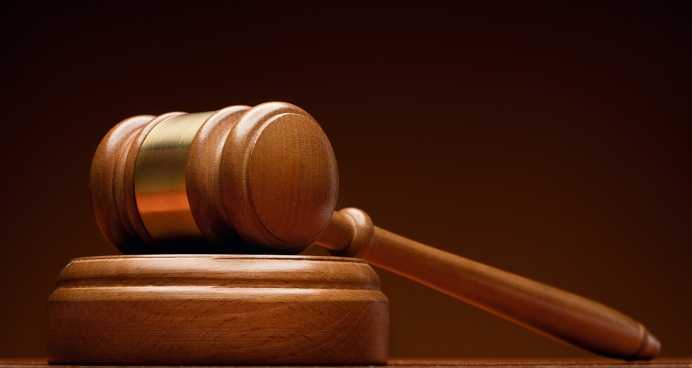 A federal judge in North Dakota temporarily blocked the state’s new pro-life law ensuring women seeking abortion are informed that it may be possible to reverse the process of a chemical abortion.

The decision suggests the judge believes that, at this point, the AMA is likely to prevail in the lawsuit, raising concern for pro-life advocates.

North Dakota House Bill 1336 was signed into law in March and set to go into effect Aug. 1.

Supporters of the law requiring APR disclosure say that denying women the truth about the treatment denies them real choice.

The AMA, along with the pro-abortion Center for Reproductive Rights and the state’s only abortion facility, sued North Dakota in June seeking to overturn both the law requiring disclosure of abortion pill reversal protocol and a companion amendment to North Dakota code recognizing the humanity of the unborn.

The APR portion of the law requires physicians to inform women that “it may be possible to reverse the effects of an abortion-inducing drug if she changes her mind,” and that, “time is of the essence.”

Doctors must also make available through printed materials, information and assistance with reversing the effects of abortion-inducing drugs.

While the AMA suit also seeks to overturn the state’s informed consent law requiring doctors to tell women that abortion "will terminate the life of a whole, separate, unique, living human being," that particular disclosure was not part of the preliminary injunction granted Tuesday and remains enforceable.

Heartbeat International (Heartbeat), represented by the Alliance Defending Freedom (ADF), has filed a motion to intervene in the lawsuit to help defend the law.

Tweet This: @HeartbeatIntl, represented by @AllianceDefends, has filed a motion to intervene in the lawsuit to help defend the law.

Another motion to intervene had been filed earlier last month by a group consisting of two North Dakota pregnancy centers, 115 doctors and the National Institute of Family and Life Advocates (NIFLA).

The state of North Dakota formally supported the two motions to intervene, which are pending with a Sept. 13 deadline, for plaintiffs to file opposition. If the judge allows Heartbeat to intervene, Heartbeat will present additional evidence in support of the APR treatment and also argue in support of the requirement to tell women that abortion ends the life of a separate human being.

Heartbeat, the parent organization to the Abortion Pill Rescue Network (APRN) (and Pregnancy Help News), will have until Sept. 20 to respond to the plaintiffs’ opposition to its motion to intervene. Following that the case goes to the district court for a decision on the motions.

The AMA suit against North Dakota twists the main argument in the high-profile NIFLA v. Becerra case, where the U.S. Supreme Court struck down a 2015 California law compelling pro-life pregnancy centers to advertise for abortion. The AMA and its co-plaintiffs claim the APR and the “whole human being” disclosures in HB 1336 constitute compelled ideological speech and are therefore unconstitutional. But, as North Dakota points out, in NIFLA, the Court also reaffirmed that the First Amendment freely permits abortion informed consent laws that require the disclosure of truthful, relevant, non-misleading information, such as HB 1336.

It marks the second time this year the largest association of doctors in the nation has gone to court in favor of abortion.

In March the AMA, along with Planned Parenthood, sued the Trump administration in U.S. District Court over a rule under the Title X family planning program that would block facilities receiving Title X federal funding from performing, counseling, or referring for abortion, and require the facilities be physically and financially separate from abortion centers.

In his opinion granting the pro-abortion plaintiffs’ preliminary injunction in the North Dakota case, the district court judge wrote that the APR protocol is “devoid of scientific support, misleading, and untrue,” and uses the inexplicable term “abortion reversal.”

He also criticized North Dakota lawmakers for having passed the pro-life measure, asserting that, "State legislatures should not be mandating unproven medical treatments, or requiring physicians to provide patients with misleading and inaccurate information."

APR treatment is a new application of an FDA-approved progesterone treatment used beginning in the 1950s to stop miscarriages. The approach involves giving the pregnant woman extra progesterone — the natural hormone in a woman’s body necessary to nurture and sustain her pregnancy.

Introduction of extra progesterone counteracts the abortion-inducing drug mifepristone, with the intention of reversing the latter’s effects. It can be administered up to 72 hours after a woman takes the first chemical abortion pill and is most effective if pursued in the first 24 hours. North Dakota submitted testimony to the court from doctors attesting to this process and the science behind it.

Critics baselessly denounce the roughly decade-old protocol as “junk science,” despite APR’s remarkable success. In its initial studies, APR has been shown to have a 64 to 68 percent success rate, according to the APRN.

APRN advocates say some 750 babies have been saved with the reversal treatment.

While the AMA and others continue to dismiss the results, the American Association of Pro-Life Obstetricians and Gynecologists, a 2500-member organization, “strongly supports laws which require women to be informed of the option of Abortion Pill Rescue as part of a woman’s right to informed consent prior to abortion,” according to the Association website.