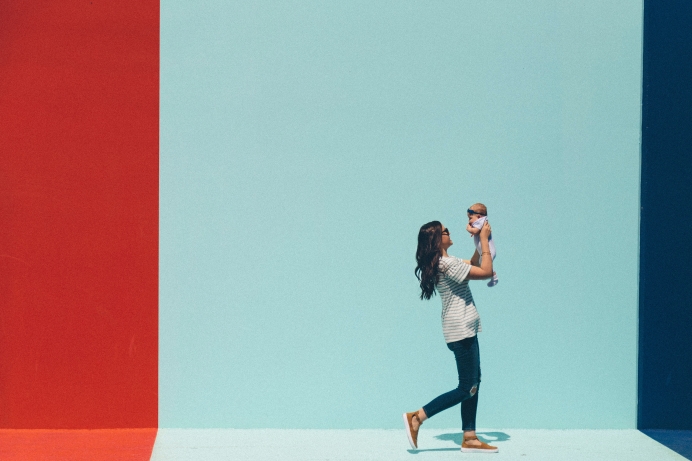 We all have pet peeves, those annoyances which raise our blood pressure and force us to count to 10 or find some way to relieve the . . . “frustration.”

As a Christian of course, I don’t get angry. Just. Frustrated. Really FRUSTRATED, when reporters—those tasked with giving us straight news--create false narratives to drive an agenda.

In college, I majored in journalism. Learned under some of the best in the business. Our department head coordinated AP’s Olympic coverage for decades. Others worked at some of the country’s top newspapers (I was in college in the 80s, when newspapers were still a thing we picked up and read).

This is why I’m . . . frustrated . . . with David Crary’s AP story of September 9, For some Texans, nearest abortion clinic is 250 miles away. The point of the story of course, is that more than one million West Texans do not have access to abortion. And, according to Crary’s piece, this is horribly unfair.

In fairness to Crary, his facts are somewhat accurate. The problem, however, is that Crary fails—often—to ask clarifying questions. In addition, he leaves out key information every reader should know if we’re to be truly informed.

For instance, Crary cites The Texas Policy Evaluation Project, which concluded that in the affected area—from Midland/Odessa up to Lubbock and Amarillo—abortions dropped 50% after several abortion center closures. Fair enough. But, Crary tells us these closures force women “to travel farther, spend more time and money and often undergo ‘a different kind of procedure from the one they prefer.’”

Crary goes on: “The result, researchers said, is that legal abortion becomes unattainable.” What?

But who are these “researchers?” Ahhhh, yes. They are part of the Texas Policy Evaluation Project (TPEP), which, in their own words, “Evaluate(s) the impact of legislation in Texas related to women’s reproductive health.”

In short, this is not some unbiased think tank. With words like “abortion care” and complaints about “barriers to access” throughout its press releases, it’s easy to see TPEP is an abortion proponent. Crary fails to mention this.

In his article, Crary quotes 10 sources. Seven side with the abortion industry, three are pro-life. One pro-life supporter Crary describes as a “staunch abortion foe,” another as the head of an “anti-abortion student group.” Yet another is “an anti-abortion activist.”

But what about abortion supporters? Are any of them “staunch supporters of abortion on demand?”

No. Instead, an abortion client is given the fictitious name, “Angel.” We are told she wants to earn her college degree in criminal justice, become an investigator and advocate for abortion access. We read nothing like this regarding the pro-life sources.

As for abortion groups, Crary says the Dallas-based Afiya center “offers assistance” to those wanting abortions and “advocates for reproductive rights on behalf of black women in Texas.” A spokesperson for Afiya is quoted extensively as she tells the story of a client who “feared her dream of attending college would be dashed if she had a child.”

According to Crary, Afiya helped finance the girl’s bus trip to Dallas for the abortion, then “helped her patch up differences with her mother, who vehemently opposed the abortion.” Isn’t it great that Afiya patched up those differences with that mean old mom who “vehemently” opposed her decision?

What does Crary miss? For one, he never found one of the thousands of women with stories of making it through college with a baby. The article says nothing of this possibility. It’s either abortion, or no education. Apparently, there is no other solution. This is blatantly false.

Crary never speaks to a pregnancy help center, which offer solutions to the education dilemma. He didn’t mention The Unplanned Movie Scholarship, which tackles the college challenge head-on.

In the case of “Angel,” she didn’t want a third child and only saw two options, parenting and abortion. Sadly, Crary never asks about adoption, a third option which could have solved Angel’s dilemma and given a precious child a chance too.

Nor does Crary’s puff piece point out a glaring flaw in the abortion industry: They don’t care about helping women.

Proof: Crary writes of Fund Texas Choice, a statewide non-profit which “doesn’t pay for abortions but covers patients’ other costs, including transportation and lodging.” Sounds downright generous, doesn’t it?

But if one accessed Fund Texas Choice’s web page on Tuesday, September 10, anyone seeking help would be told, “We are currently out of funding for the week. This form will reopen once our funding resets (every Thursday at 8am CST). Please revisit this page then.”

What? Out of money? Where are those generous donors and organizations which care so much about abortion access?

The truth is, a woman in west Texas has access to abortion. Yes, it is challenging. But a round-trip flight ($280—I checked), a decent hotel ($125), food ($50) and Uber ($75) totals $530. This basically doubles the cost of an abortion, but perhaps Fund Texas Choice should quit complaining and raise money.

But no. The abortion lobby loves to complain but when it begins to cost them something, the game is over.

On the other hand, the pregnancy help community offers medical services. Free. Material support. Free. Educational support. Free. Short and long-term Housing. Free. We fund these services through loving people who think beyond themselves, putting feet to their faith by opening their checkbooks.

A rough guess? With 2,700 pregnancy help locations with average budgets of $250,000, the pregnancy help community gives $675 million to assist women facing unplanned pregnancies. And this doesn’t include maternity homes and non-profit adoption agencies.

If the abortion lobby truly cared, why can’t they raise $675 million? With this money, they could hand $728.78 to every one of the 926,200 women who procured a surgical abortion in 2014 (Source: Guttmacher Institute). Every. Single. One.

But they won’t do it. I’m glad they won’t, certainly. But this is proof—again—they do not care.

I’ve no doubt Mr. Crary is a decent reporter. Unfortunately, he started with an agenda. Because of an agenda, he forgot to ask the important questions. And he missed the big picture.