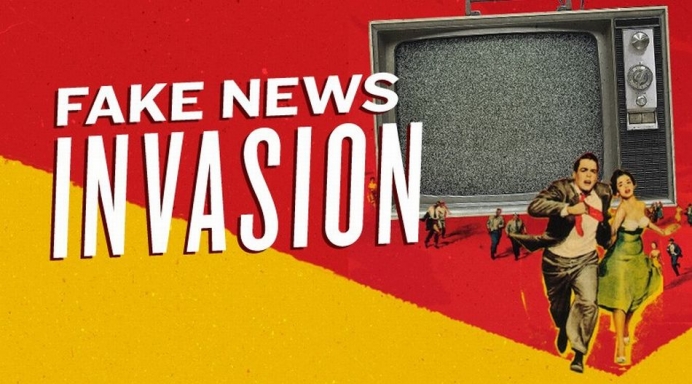 In college, my time was filled with two passions: Journalism and Golf. In between those two, I went to some classes; some of which I enjoyed—especially those involving reporting the news.

Golf was a passion because it was my dream to play professionally and the scholarship money paid my way through school. Every afternoon--from before my first day as a freshman to my last day as a senior-- I was likely on the golf course attempting to make that dream come true.

Yet, journalism was, and is, another powerful passion. Auburn University’s journalism school was one of the better departments in the country. I learned under reporters like Jack Simms, who was at that time the coordinator of the Associated Press’ coverage for several Olympic Games. Others I learned under brought experience from some of this country’s best-known newspapers.

They taught me it is human to bring your own bias to a story. But the keys to good reporting are to get the story right, get both sides and do your best not to editorialize (giving opinions instead of facts).

While in school I wrote for three different newspapers; covering everything from sports to the police beat to the political maneuverings behind gubernatorial appointments.

My proudest moment as a young reporter? While still a student, I wrote a story about the political machinations behind the choosing of our university’s president. He was under fire; so much that campus leaders held a debate between pro-president faction and those asking for his dismissal.

In a packed hall, both the “keep him” and “fire him” forces pointed to my story as the go-to piece if one wanted good background on the controversy. Thirty some years later, I remember. Because to two opposing sides, I got the facts right.

I got facts wrong at times also, I’m sure. Once, I left out the facts entirely, writing an entire basketball story but leaving out one salient fact: THE FINAL SCORE. Oops. Won’t forget that, either.

Which brings me to “Fake News.” I’m supposed to be bothered by fake news, because at heart I am a reporter.

When a herd of fringe leftists march on Washington and disguise it as a “Women’s March,” good reporters should carry out due diligence and give background on the leadership, report what is said (Yes, I’m talking about Madonna’s profanity-laced diatribe), and tell us why so many marchers wore silly hats on their heads.

Instead we got to hear endless bloviations—all day long—about this “powerful” and “riveting” grand moment in history. If we listened only to the major networks, we would compare this march to the Civil Rights March of 1963.

A week later, the March for Life took place and while this year’s media coverage was slightly stronger than in years past (thank you, Vice President Pence), the Washington Times reports this year’s Women’s March received 129 times more coverage than the 2016 March for Life.

In truth, media coverage for this year’s March for Life only increased after President Trump shamed the media into better reporting. Interestingly, when Mr. Trump complained to ABC’s David Muir, ABC deleted Trump’s argument from its transcript of his remarks.

None of this however, is new. “Fake News” is biased news, and it is as old as our Republic. In America’s early days, newspapers took on the name of their bias for all the world to see. Ever heard of The Arkansas Democrat-Gazette? The Springfield (MA) Republican?

Tweet This: None of this #FakeNews stuff is new. We just need to tell our side of the story. #prolife @KirkWalden

The challenge we have today is not to eliminate the bias; it’s not going to happen. Most journalism schools are filled with wide-eyed progressives, ready to change the world. And too many professors can’t wait to get them started. They fill most newsrooms. If we think we will “fix” any outlet by screaming about “Fake News,” we are beating our heads against the proverbial wall.

No, the solution is the same as its always been. Our mission is not to cry about “Fake News” but to create accurate news, over and over and over—until we are heard.

Fox News Channel’s Tucker Carlson is a great example of this. Carlson’s 9 PM (ET) show is garnering huge ratings; he is conservative and up-front about his beliefs. Instead of spending his hour decrying fake news, he destroys it with the truth.

Case in point: After the March for Life he may have mentioned the lack of mainstream media coverage but his focus was an interview with Abby Johnson, the former Planned Parenthood director and author of the book, “Unplanned.”

Let me give Abby a ton of credit here. She’s carrying twins, she’s got plenty of other things on her plate, yet she went on national TV and knocked this interview out of the park. It’s what we need to do, again and again.

Our strongest defense is not to caterwaul about Fake News; it is to tell the truth.

Tweet This: Our strongest defense vs. #FakeNews? Keep telling the truth. #prolife @KirkWalden

And when necessary, we must tell the truth when those who oppose us attempt to defame our work.

At Pregnancy Help News, we are a source for telling the truth of pregnancy help ministries across this country and around the world. With so many media outlets either ignoring or belittling the work of PHMs, we are the balance, and proud to uphold this mantle.

Your job? Send us your news. Are you experiencing growth? Building a new facility? Reaching clients and patients more effectively? We want to know.

Your other mission? Share the news you read here. It’s our way of providing balance. Today we have Facebook, Twitter, Instagram, Pinterest and so many other platforms to put forth our message. This is a wonderful time for media, if we utilize our platforms well.

Let’s keep telling our stories. Our stories starting to win the day and change a culture. No Fake News will stop that.