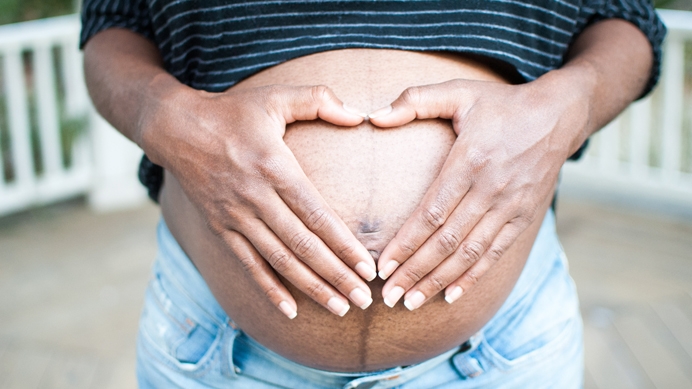 After a major Supreme Court victory last week, pro-life pregnancy help centers once again found themselves at the center of a pro-abortion hit piece, this time from Essence.com.

Clearly orchestrated by the propaganda team at NARAL Pro-Choice America, the article sports many of the abortion lobby’s same tired talking points, including an overuse of the words “deceptive” and “fake” and a dearth of facts and evidence. But this time, the accusations come with a racial edge.

The article’s main contention is that pregnancy help centers often serve women of color—an odd complaint for a magazine whose audience is women of color.

According to Adrienne Kimmell, NARAL Pro-Choice America’s vice-president of communications, pregnancy centers “are intentionally positioning themselves in or around Black neighborhoods.”

“These are folks who often go into communities where there are high numbers of women of color, including Black women,” she says. They use billboards targeting Black women. Melissa Grant, chief operating officer of carafem, a nonprofit women’s health care organization with clinics in Washington, D.C., and Atlanta, says some are buying advertising on Black television and “we know antichoice organizations have used online target advertising where Black women and Latinas are clicking.”

What is conveniently left out of the 2,000-plus word article is why pregnancy help centers are trying so desperately to reach minority communities. Any journalist worth her salt knows this is an elementary question to ask.

So let’s answer it. It’s really quite simple.

The data on this is easily accessible from either the Centers for Disease Control or the Guttmacher Institute, which was founded as Planned Parenthood’s research arm.

The statistics vary because the CDC doesn’t have access to statistics from a handful of states that don’t have reporting laws, such as California. The Guttmacher Institute, which advocates for abortion, surveys abortion providers across the U.S.

In any case, either statistic is shockingly high considering the fact that African Americans make up just 13 percent of the U.S. population.

But considering the grave history of population control, eugenics, and racism associated with the abortion industry, the statistics are not entirely surprising.

In December 1939, Margaret Sanger, founder of Planned Parenthood—today, the largest abortion provider in the country—wrote, “We do not want word to go out that we want to exterminate the Negro population.”

Almost 80 years later, the word is out, but seemingly lost on Essence. Simply Google “Margaret Sanger” and the first page of search results brims with articles debating the dark racial aspects of her population control agenda.

“If NARAL had its way, pregnancy centers would not be allowed to ‘position themselves’ anywhere, and every woman with an unintended pregnancy would have only one option: abortion,” says Danielle White, legal counsel for Heartbeat International, a fellow pregnancy help network of over 2,500 affiliates. “Alternatively, pregnancy help centers are dedicated to giving a woman hope and support as she navigates an unplanned pregnancy and other trying circumstances that may be impacting her life.”

Another Reason to Serve

Abortion isn’t the only reason pregnancy help centers are so keen on serving the black community.

Early access to prenatal care has proven to be a crucial factor in lowering infant mortality rates. Pregnancy help centers are perfectly positioned to connect women to the prenatal care they need, some even supplying them with prenatal vitamins throughout pregnancy and breastfeeding.

Meanwhile, at Planned Parenthood, prenatal care has dropped a whopping 60 percent over the last five years as the company’s share of the abortion market has ballooned.

The Truth About Pregnancy Help Centers

Contrary to Essence’s suggestion that pregnancy centers are suddenly “popping up across the country,” these centers actually have a long history in this country that pre-dates even Roe v. Wade.

Since the 1960s—before Roe overturned abortion restrictions in all 50 states in 1973—medical and non-medical pregnancy help organizations have been serving rural, suburban, urban, and college neighborhoods.

Although non-medical centers are not required to have medical personnel—again, contrary to Essence’s baseless assumptions—thousands of medical professionals are actually deeply invested in pregnancy help centers and the services they provide across the country and around the world.

Moira Gaul, a researcher for the Charlotte Lozier Institute, recently explained the many credentials that support these centers:

“According to recent statistics from the Charlotte Lozier Institute (CLI), six in 10 (or 1,661) of the estimated 2,752 pro-life pregnancy center sites nationwide offer limited ultrasound to diagnose a viable pregnancy, establish that the pregnancy is uterine, and determine the baby’s gestational age. Ultrasounds services are provided under national guidelines set forth by the American Institute in Ultrasound Medicine, the American College of Radiology, and the American College of Obstetricians and Gynecologists.

"One pregnancy center national network, the National Institute of Family and Life Advocates (NIFLA), reports training nearly 3,300 licensed medical professionals in the provision of ultrasound and 4,093 in medical management since 2003. Those trained include registered nurses, registered diagnostic medical sonographers, physician assistants, M.D.’s and D.O.’s. A large proportion of these medical professionals are volunteers. They are dedicating their expertise to both serve women and families in their communities and support the sanctity and dignity of human life."

Not only are pregnancy help centers backed by thousands of medical professionals, they also have an impressive client satisfaction rate of 99 percent—a rating higher than Netflix, Chipotle, and the iPhone—and are overwhelmingly preferred to abortion facilities by the American public.

And for good reason.

Ironically, just two days before Essence’s NARAL-inspired hit piece ran, Robert Rho, a New York City abortionist responsible for about 40,000 abortions, was sentenced to up to four years in prison for the 2016 death of Jamie Lee Morales, a six months pregnant woman who bled to death in a severely botched abortion.

If Essence wants to talk about substandard medical practice, it's missing its target.

Unlike an abortion facility—which takes a woman’s child and money and sends her on her way—the whole point of a pregnancy help center is to empower women to see themselves and their children as infinitely valuable human beings worthy of love and protection.

And the truth is, of the two types of centers a pregnant woman can walk into—one an abortion facility and the other a pregnancy help center—only one is striving to get both her and her baby out alive and thriving.

Tweet This: Of the 2 types of centers a pregnant woman can walk into, only one is striving to get her & her baby out alive. #prolife